After 50 years of Earth Day, a new vision for the environment

After 50 years of Earth Day, a new vision for the environment

Kaddu Sebunya is African Wildlife Foundation’s Chief Executive Officer. With over 20 years’ experience in conservation at grassroots, national, and regional levels, he rallies the continent’s elite to lead the fight against the destruction of valuable habitats and wildlife. Kaddu believes t ... More

Almost 20 million protestors took to the streets across the United States to stop pollution and environmental destruction on April 22, 1970, or Earth Day. Fifty years later, the movement is global but the fight for the future of the planet is taking place online. The contrast could not be starker, and the cause is equally complex and dire. In the midst of the coronavirus pandemic urging us to stay indoors, the 50th anniversary of Earth Day reminds us that individuals must take responsibility for keeping communities safe. Each of us must continue to do our part to protect unique landscapes and wildlife before they are consumed by rising sea levels or raging wildfires. This year’s landmark — and now digital — celebration gives us pause to reflect on how we are managing our home and its natural resources. What do we need to do differently?

Africa, too, was very different 50 years ago. Now, we can see that the continent is really at a crossroads. We currently have an opportunity to shape what a thriving Africa can look like, or humans can continue to squander natural resources in favor of infrastructure and quick economic gains. Stewarding African Wildlife Foundation during these uncertain times, I view Earth Day 2020 as an opportunity to do things right.

Seeing how extreme weather events have ravaged countries in Africa in the last few years has been especially difficult. The devastation of vast areas of Mozambique by two cyclones in 2019 was immense — having 300,000 people displaced and 3.7 million livelihoods destroyed by natural disasters was an unfortunate first for Africa.

If unchecked, the looming climate breakdown will touch all aspects of life, with irrevocable results across the world. In Africa, the shrinking of Lake Chad to a third of its original size in just 30 years is responsible for the political and economic instability in the region. Wildlife and other natural resources bear the brunt in such times, contributing to rising terrorism and poaching activities as elephant ivory trade becomes an alternative business for those who have lost their livelihoods to climate change. 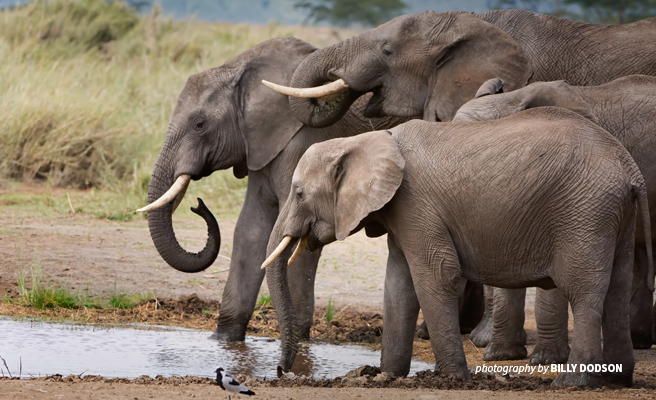 In the early 1990s, I lived in a fishing village within Queen Elizabeth National Park in Uganda while I was working on a rural development and sanitation project. The park was teeming with wildlife and I was in awe of the variety of species in this lakeside ecosystem. The people of this area were incredulous as I clicked photo after photo of my stunning surroundings. It occurred to me that if the communities that coexist with wildlife do not care about it, there is no way to sustain these important species.

My technical expertise does not include ecology, but I began to incorporate conservation values into my development proposals. When the world had flagged Africa as the next frontier in the 2000s, I was determined to make sure that the globalization and industrialization did not dictate the future of the continent’s natural assets.

The earth has a limit — it cannot produce all the things we need for everybody. Changing how we perceive our needs as human beings will contribute to a myriad of solutions for the restoration and protection of our ecological systems. Trying to save our planet and biodiversity without changing human consumption is proving to be very expensive and nearly impossible.

Behavior change can start at a household level, but it must extend to the community, as well as the national and global levels. Kenya’s ban on plastic carrier bags and packaging materials is a great model for the continent and the world. Regulating plastic use within its constitution might have been a more tedious process, but now the national commitment to the environment is cemented by the law — whether there is a change in leadership, the ban will remain.

As a patron of the Wildlife Clubs of Uganda, I have witnessed young people getting involved in schools to create a movement for conservation — now they are more than a million members across the country. At every juncture in my career, and more so now at AWF, I have seen that empowering communities to gainfully benefit from conservation, delivers better results for development and biodiversity.

However, many world leaders are ignoring the fact that the earth has a limit, pursuing growth strategies that degrade the environment and raise carbon emissions. Over the last two decades, Africa’s forest cover declined by more than 10 percent, or 650,000 sq. kilometers, an area almost three times the size of Uganda. What I, and AWF, believe is that it is our responsibility to develop the right tools and frameworks now to empower the next generation of leaders to avoid the same pitfalls in the next 50 years.

AWF is dedicated to working with youth across Africa and the globe. We are training young wildlife scouts and rangers to protect their communities and natural resources, we are working with youth to build their policy and leadership platforms — and they are creating delegations that speak for the environment via the Global Youth Biodiversity Network. We are also building a youth strategy as part of our overall strategic vision that focuses on supporting youth leaders and advocates, and every day we are finding ways to engage youth in our mission.

As I write this, we are partnered with Earth Day Network, on whose council I sit, to deploy nine organizers across nine African countries who are organizing their communities and building grassroots movements for Earth Day and beyond. Unfortunately, these young people were forced to pivot their efforts midway due to the global pandemic, which is keeping people from large gatherings, but we are working to keep continue building on their efforts and move these engagements to the digital space.

In the face of increasing global environmental — and human — crises, it is becoming exceedingly clear that we need to transform the conservation discourse into a constructive shared agenda built on collective action that includes the youth. They are the ones who could be facing a future without our iconic wildlife, and they are the majority across the world.

It is our job to include youth and ensure they have a better understanding and a different mindset about conservation than our current leadership. As the next stewards of the planet, their decisions will move the needle in the right direction when they are in power — and AWF is committed to providing them with the foundation and skills they need to carry on the fight for our wildlife and wild lands.