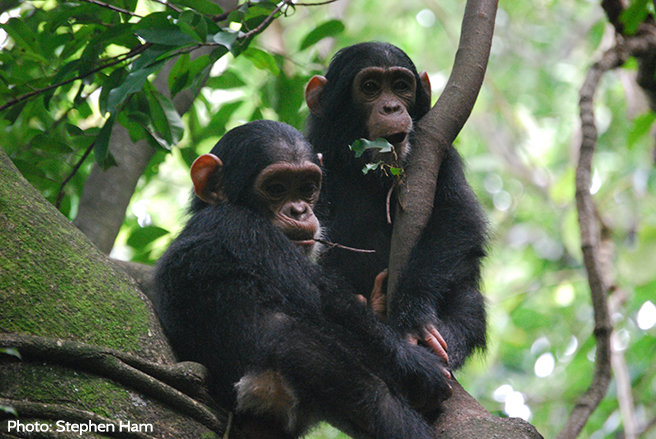 The Bili-Uele Protected Area Complex is the largest complex of protected areas in northern Democratic Republic of Congo (DRC). Bordering the Central African Republic, it harbours important populations of elephant and chimpanzee, plus a full range of forest and savanna biodiversity.

Despite it being a complex of protected areas, DRC’s wildlife authority, Institut Congolais pour la Conservation de la Nature (ICCN), has never succeeded in effectively protecting and managing the region due to its lack of resources and the site’s extraordinary remoteness. In fact, until the beginning of the 21st century, it was not even known whether the area was inhabited by gorillas or chimpanzees. Only after field work by researchers such as Cleve Hicks, who conducted a biodiversity survey of the area in 2012 with AWF support, was it discovered that the region harbours the largest population of eastern chimpanzees in Africa and, despite years of heavy poaching, a very important population of forest elephants.

Yet this area will not remain a haven for biodiversity without proper conservation intervention. Artisanal mining is a significant threat. At the same time, Mbororo pastoralists from the north—along with poachers—are also freely entering the protected area complex.

At ICCN’s request, AWF has agreed to support the wildlife authority in implementing effective protection and participative management in a portion of the Bili-Uele complex. With findings from Hicks’ biodiversity survey plus information gathered from a follow-up mission AWF conducted in 2014, AWF identified a 10,000-km² core area with the highest potential for biodiversity protection and the lowest habitat destruction. This span of untouched habitat transitions from the forest along the Bili River in the south to savanna and dry land along the Mbomu River in the north. AWF calls this area the Bili–Mbomu Forest Savanna Mosaic.

No single conservation or protection activity is happening here, most likely due to the very isolated conditions, lack of any solid infrastructure and presence of small groups of Lord’s Resistance Army and other rebels. Considering the level of insecurity in the area, AWF decided to partner with Maisha Consulting, a company with experience in protected area protection in war or semi-war zones. 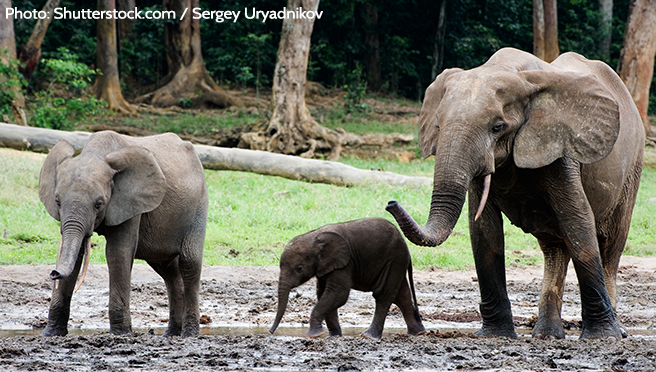 In February 2015, the newly appointed conservator, Bernard Iyomi, two AWF staff and Maisha Consulting’s Nir Kalron and Remi Pognante travelled on site to Bili to assess conditions. As a testament to Bili’s remote location, getting there involved travelling 340 km by car from Kisangani in DRC’s Orientale Province to the town of Buta and 240 km by motorbike from Buta to Bili, with river crossings conducted in dugout canoes. The effort was worth it, however, as the team were able to meet with authorities and local communities and identify a permanent field office where both AWF and ICCN staff are now based.

Since that mission, AWF and Maisha have arranged for equipment to be flown into Bili (via Entebbe, Uganda, and Aru, DRC). Potential park rangers are being selected per existing ICCN criteria. After a thorough training, a final selection will be made. Under agreement between the parties, at least 50 per cent of the rangers will come from local communities.

Training will cover the following topics:

Several additional major activities are planned for the first six months. AWF will conduct intelligence gathering on the perception of existing insecurity, determine how local communities and intruders use the Bili–Mbomu core area, and map out all the stakeholders and get a better understanding of the risks and opportunities here. AWF will use satellite images; tools provided by Global Forest Watch, from which we received a grant to generate deforestation prediction risk models; information collected amongst the local communities; and the first results from CyberTrackerguided anti-poaching and ecological monitoring patrols to develop and implement an improved protection and conservation management plan. The aim is for this to be done by the end of 2015.

If all goes as planned, in the second half of 2015, about 20 to 30 ICCN ecoguards will be patrolling and securing at least the southern 30 percent of the 10,000-km² target area, protecting for the very first time this important population of chimpanzees and elephants—as well as many other fauna. After securing this initial core area, AWF will expand its program to cover more of this important region.