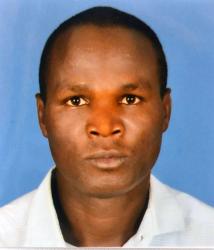 Lemaly Sigir Olekibirith is the Livestock Officer at AWF's Manyara Ranch Conservancy, managing the ranch's livestock activities. He has a degree in Animal Science and ensures the livestock project benefits conservation and provides sustainable revenue. 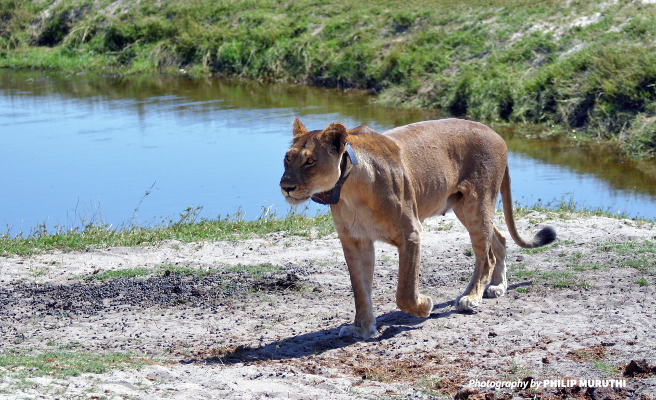 Africa’s lion populations have undergone a major loss in the last two decades. According to IUCN data, the lion's population numbers have decreased 42 percent in just 21 years, and threats continue to mount.As habitat loss, human-wildlife conflict, and poaching continue to threaten the big cat’s existence, it’s become more important than ever to closely track this oftentimes-elusive species.

Unlike the type of collars your dog or cat might wear, these high-tech collars come equipped with a radio transmitter to track the animal’s natural movements, allowing conservationists to monitor disease, home range, productivity, behaviour, habitat use, survival, and predator-prey interaction. Scientists can even use collars to help them estimate populations. 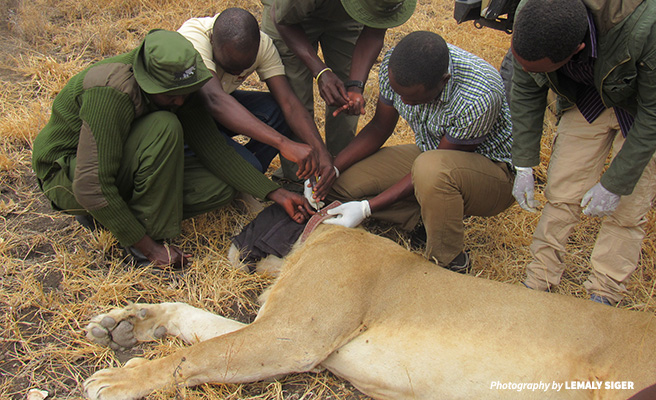 The lion’s health is the top priority during the collaring process. Collars are fitted under the strict supervision of a vet, who ensures the health and safety of the big cat. After injecting the soon-to-be collared lion with a sedative, scientists fit the device and note the individual’s measurements and identifying features, like whisker spots and ear notches. They also use this time to gather biological samples — blood, urine, saliva, and ticks — to determine the cat’s physiological status. Once it is secure, the veterinarian monitors the lion until it is awake and walking once more.

Lions can be difficult to study and track due to their tendency to inhabit a range territory that can be hundreds of kilometers wide and a tendency to hide in dense vegetation, making them difficult to find. Conservationists rely on radio collars to be able to study and monitor lions on a regular basis. 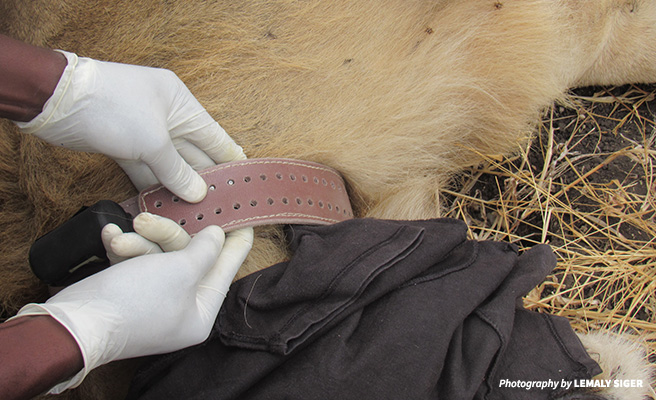 The conservation benefits of lion collaring

Collared lions typically enjoy a high level of protection as a result of close monitoring. Those collared individuals living in conservation areas have both high productivity and high survival rates because their every movement is closely tracked, keeping them from straying into areas where they are in danger or could pose a threat to humans or their livestock and suffer from retaliation.

In conservancies like Manyara Ranch in Tanzania, where livestock and wildlife are in close proximity, lions will refrain from attacking cattle if a herder is present. In these situations, a radio collar is used to determine the location of a pride and notify herders who will avoid the pride’s location.

Collaring does not only save lions from human threats but also protects them from disease. In 1994 radio collars saved the Serengeti’s lion population from a major disease outbreak. The collars enabled the rapid detection of the outbreak and led to an eventual diagnosis, which resulted in a large-scale vaccination program for village dogs to protect Serengeti wildlife from canine distemper.

And in the Tarangire landscape, lion collars revealed the true extent of the human-wildlife conflict between the area’s Maasai pastoralists and lions, which were falling victim to retaliatory killing when they ventured outside the Tarangire National Park. In many other landscapes, collaring continues to result in reduced human-wildlife conflict, particularly in conservancies with lion guards whose job is to alert pastoralists to the presence of lions and keep lions away from cattle and people.

> Learn more about our approach to lion conservation