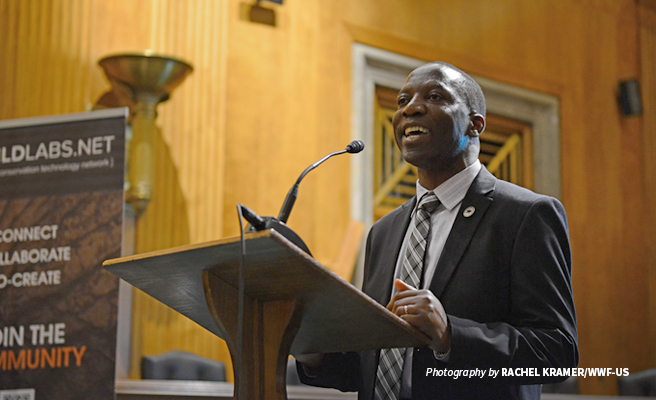 Dr. Jimmiel Mandima is responsible for African Wildlife Foundation’s work with the public sector, which means developing and managing relationships with the agencies that in 2017 funded approximately 29 percent of our work. As director of program design and partner relations, Mandima also advocates for African wildlife conservation in the United States — on Capitol Hill and to the White House and government agencies.An aquatic ecologist from Zimbabwe, Mandima began his AWF career in his home country, as Zambezi Heartland Director. Before that, he was a research fellow at the University of Zimbabwe Lake Kariba Research Station, where he focused on sustainable use of fisheries. He recently earned his Ph.D. in biological sciences from the University of Eastern Finland.

Here, he discusses his work at AWF, what gives him hope for conservation, and some differences between conservation work in the United States versus in Africa.

How did you come to join AWF?

Back in 1999, I represented the university research station — where I was working in Kariba — in scoping and planning meetings with AWF. It was clear they were very keen to work with partners. Fast forward a few months — I was invited to another meeting. I got there, and they said, “Do you know why you are here?” I said, “Well yeah, to discuss how we can partner.” And they said, “We want to offer you a position.”

That was in late 2001, and in 2002 I joined. Also, at that time I volunteered for a local NGO called the Wildlife Society of Zimbabwe (now Wildlife Environment Zimbabwe). I championed what became a nationwide primary school-based environmental education program. We set up an educational museum for schools and a campsite in the Kuburi Wilderness Area of Kariba, where kids could experience hands-on the basics of ecosystem functions. So, for AWF that piece was probably more critical than my science and research background. I was already doing wildlife conservation.

You joined AWF as a projects officer for the first two years. Can you talk about the value of field experience?

I believe that this is where the rubber meets the road. Being able to be in the field in our kind of jobs — in terms of partner relations and engaging U.S. government partners and communicating about our programs — allows me to intimately articulate the reality of what is happening now.

Secondly it gives me a one-on-one with technical colleagues who are implementing programs every day, so I learn a lot; and likewise, I also get to throw in my own knowledge. It is a two-way enrichment.

And then can you talk about your role here at AWF?

First and foremost, my role is to manage our U.S. government portfolio, to speak about what we do in Africa, and hopefully that influences or informs strategic thinking. It requires talking across the entire portfolio. The key agencies are the U.S. Agency for International Development, the Department of the Interior, with a focus on U.S. Fish and Wildlife Service and now, more and more, the Department of State’s Bureau of International Narcotics and Law Enforcement Affairs. Overall, I particularly engage the key players leading the government’s interagency efforts to combat wildlife trafficking. 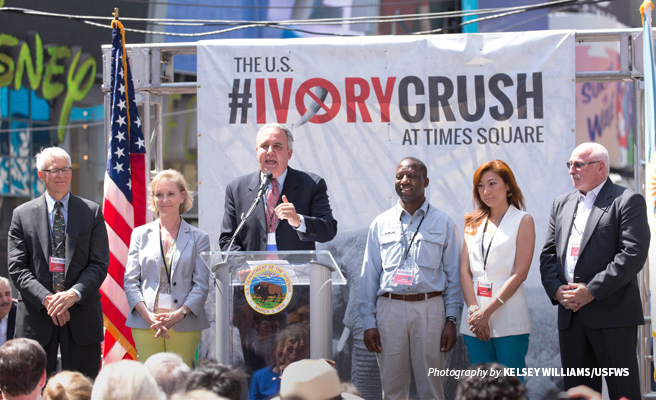 What do you glean from between the lines or even what people tell you directly is AWF's reputation as a conservation organization and how effective it is?

AWF is highly regarded. In fact, it is seen as the only credible voice — I can arguably say that — to articulate the African context. Because we also do actually more multi-year, field-based work, we have clout. Most government agencies co-design strategies on a regular basis to inform U.S. government support to conservation in Africa, and they are keen to listen to the authentic African voice that AWF offers.

Can you talk about some of the differences you observe in working on conservation in the U.S. versus in Africa?

The value of conservation in Africa transcends into livelihoods. It is about putting food on the table. A key question asked by an ordinary villager is “What does it mean for me?” And often when we think communities do not get it and they keep doing so-called “illegal things” — it is because they have got to put food on the table.

In contrast, on this side, people are very passionate. But, they do not put that same passion into engaging with local communities to appreciate the context — why certain things happen the way they do — to the point of assuming that the people are backward or do not get it. I say to people, “Remember, people there have always co-existed intimately with nature. They get medicine there. They get firewood there. Why would they want to finish their forest and end up with no firewood? But what options are there?”

When agencies go into communities and say, “You should do this.” “Do not do this.” Of course, that does not work. The response from locals is valid: “Who are you to tell me what not to do when you do not even ask me why I do what I am doing?”

But I must say, however, that I have seen a lot of shift from this age-old approach. Things have changed, which is why I am hopeful. 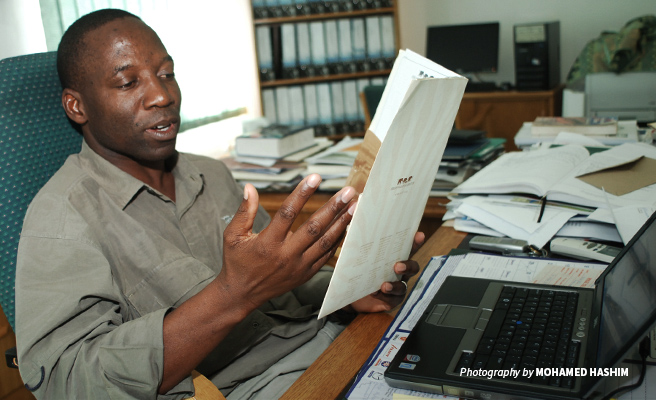 Can you talk about top goals and challenges for your program?

My first goal is very basic: to get the current administration to maintain the U.S. government leadership on issues to do with biodiversity conservation.

The second is to see how much we can mobilize the corporate world to recognize that the sustenance of their businesses is reliant on functional ecosystems, which means wildlife and wild lands. I think the corporate world should invest commensurate with what they get out of the continent.

The challenges stem from the current administration seeming to toe a line of trivializing a lot of the U.S. biodiversity issues on the global scale, starting with climate change while also pushing to shrink the conservation budget.

What is one thing you want people to know about AWF that they may not know?

I think AWF genuinely looks at how wildlife and wild lands should be tangible contributors to human well-being in Africa. It is about conservation actually contributing to the quality of life, to the development and economic growth of Africa.

The other is African ownership — that Africans should take leadership. I think that's unique. The AWF team is more than 85 percent African. That we established headquarters in Kenya is a very clear statement of AWF’s priorities and vision, one that I believe is unique to us.

Isn’t African ownership the only pragmatic solution? What else will work?

Nothing. The thing is, we have to prioritize community engagement. You can put money into putting fences up. If you do not engage locals, they look at you and say, “Your money will get finished. We will cut the fences anyway if we want to.” And they will do it. They get arrested; they probably have no money to pay the fine anyway, or they get free food in the jail. So, itis about that — that is what distinguishes AWF. We look at African ownership at all levels. Staff, community engagement, and partnerships on the ground.

What gives you hope?

I am really optimistic firstly because of the difference I see AWF making. We have tested our landscape-level conservation approach and we know it works — we know success requires cross-jurisdictional collaboration and coordination of entities such as wildlife authorities. We are now scaling up, and our approaches are being used by other organizations. We are pragmatic and adaptive to reality — look at our Classroom Africa program, which is an education program but with considerable, measurable impacts in conservation.

Secondly, over the last few years I have seen wildlife and conservation champions emerging on the African continent, in national governments, regional economic organizations, and all the way to the African Union. With that kind of policy, governance-level buy-in, we then have a platform to say, “Based on your aspirations, we are now doing this.” So that gives me tremendous hope.

Finally, combating wildlife trafficking is now a global movement. It never used to be. Now we are all united — there is a critical mass.

>Use your voice to help AWF's advocacy efforts. Ask the Trump administration to reinstate the ban on elephant and lion trophy imports now