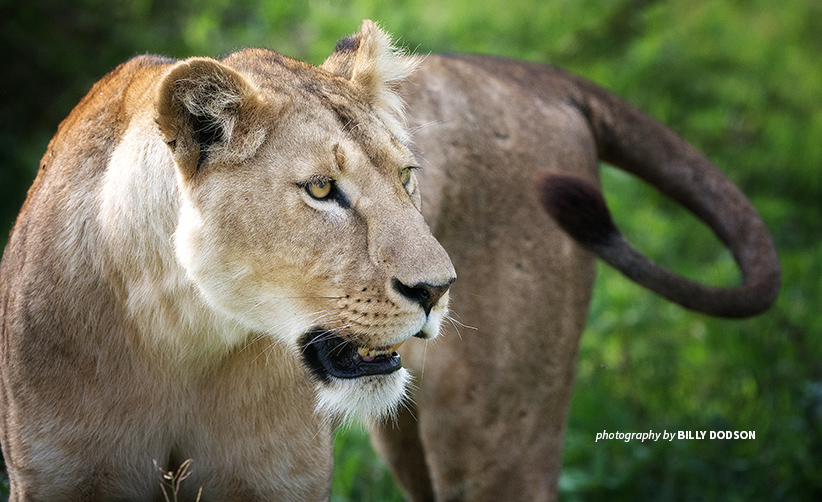 Nakedi Maputla is African Wildlife Foundation’s Senior Conservation Scientist. He joined AWF in 2007, working in South Africa's Limpopo region, where he comes from. Nakedi's initial work was focused on studying the great African cats to shape conservation strategies to benefit communities that ... More

In the last decade, international wildlife trade records have traced new routes and demand centers for lion commodities. Export data shows a shift in how the iconic big cat species move across the globe — hunting trophies, once the principal lion export, are not the only lion product leaving range states in Africa. Lion skeletons, bodies, and bones are increasingly reaching countries in Southeast Asia, where lion bone items have never been used before.

Commercial trade in all big cat products is banned, except for lion parts and specimens. However, the products must demonstrably originate from captive-bred individuals in South Africa, according to a 2016 annotation to the lion’s Appendix II listing by the Convention on International Trade in Endangered Species of Wild Fauna and Flora (or CITES). South Africa has issued permits solely for the export of lion skeletons since 2017, with export quotas that are established and communicated to the CITES Secretariat annually. According to CITES records from 2007-2016, Laos and Vietnam were the biggest importers of lion skeletons and bodies; China, Thailand, and the United States of America also reported imports of lion claws, skins, skulls, and teeth in the same period. Trade of lion bones is relatively low between African countries, although some cultures use certain lion parts and derivatives in traditional rituals, as medicinal ingredients, and even as talismans.

As the market for lion bone items grows in Southeast Asia, a region with no historical use of such products, trade experts and conservationists are investigating the link between new consumption trends and age-old traditions surrounding another big cat species, the endangered tiger. Roughly 3,000 mature individuals are left in the wild, and international trade in the species was banned in 1987, in large part due to high demand for tiger bones for medicinal use. Different parts of the tiger are believed to hold healing properties for specific ailments. Tiger bones, rich in calcium and other minerals, are particularly favored in the treatment and prevention of rheumatic conditions like joint pain and arthritis, as well as bone issues such as osteoporosis. The bones are processed into wines — a tiger bone is simply steeped in a bottle of rice wine for months or the bones are brewed with other exotic ingredients — healing tonics, and even into gelatinous 'tiger cakes' made by boiling the bones in water to reach a glue-like consistency which then hardens.

Experts looking into the growing demand of lion bones in Southeast Asia have noticed that it is difficult, if not impossible, to find a bone product in physical or online marketplaces labeled explicitly as a lion derivative. A popular hypothesis explaining the heightened lion bone imports and market obscurity posits that lion bones are a suitable substitute for illegal tiger bones as supply dwindles and prices rise. Alternatively, lion bones could be used to supplement tiger bone wines, tonics, or jellies but many experts speculate that consumers may not be aware of the new non-tiger ingredient. However, some evidence is emerging of consumers specifically seeking out lion bone products, particularly in Vietnam — an inclination expected to slowly mushroom across the region. 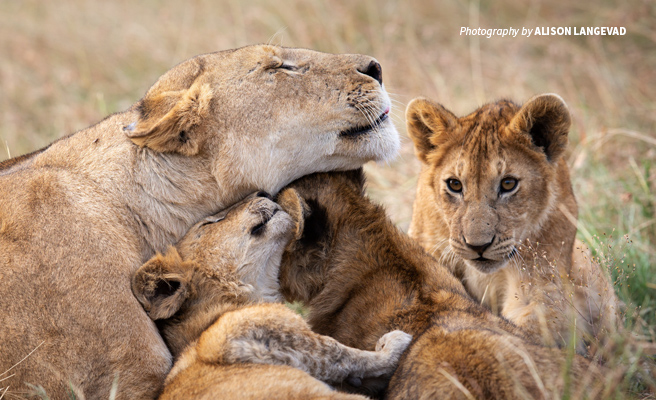 South Africa issued the first CITES permit for commercial lion bone trade in 2008, opening the doors to a potentially prospering industry. The average number of skeleton exports increased rapidly from 314 per year in 2008-2011 to 1,312 skeletons per year from 2013–2015. The 2017 restriction to trade only in the skeletons of captive-bred lions only seeks to protect wild individuals but legal trade in lion commodities can easily serve as a front for illegally obtained products. Worryingly, skeletons are not the only lion product being imported. Lion claws, teeth, and bones are often found smuggled with other higher-value wildlife contraband like elephant ivory, rhino horn, and pangolin scales. The origin of seized lion items remains a mystery, but experts monitoring lion poaching in southern Africa suggest that wild lions could be targeted to supply overseas markets. According to WorldWISE seizure data of illegal lion commodities from 1999-2018 — totaling over 3,000 individual lion parts — the most common find are claws, which are worn as amulets for luck and prosperity. Lion skulls and teeth, deemed a mark of masculinity, are also a popular status symbol.

Of these seizures, Vietnam intercepted the greatest number of claws and teeth (746 items) and six skeletons compared to China’s reported 11. However, the greatest quantity of smuggled lion bones, 62 kg, was stopped by South African authorities, followed by 47 kg caught in Vietnam. For many years, conservationists and animal protection activists have suggested that the powerful poaching syndicates operating between Africa and Asia for rhino horn and elephant are utilizing existing logistics and channels for the lion bone trade. With the unabated supply of lion bones, both captive-bred and wild lions are in the line of fire. A landmark case in November 2018 saw the arrest of six Vietnamese nationals and two South Africans for the slaughter of an estimated 40 lions. The specialized team from South Africa’s Directorate for Priority Crime Investigation also found a saw, knives, gas cylinders, and burners that the poachers would have used to turn the lion carcasses into a final product destined for the predator bone market.

Conservationists and protected area authorities across the African continent already face significant logistical and financial challenges to protect the lion from landscape-wide threats like habitat fragmentation and disease, as well as address retaliatory killings resulting from human-lion conflict. As range states work on elevating the status of lions in their natural habitat by mitigating these threats, countries like Vietnam must strengthen wildlife law enforcement and renounce the use of lion bones in traditional medicine.