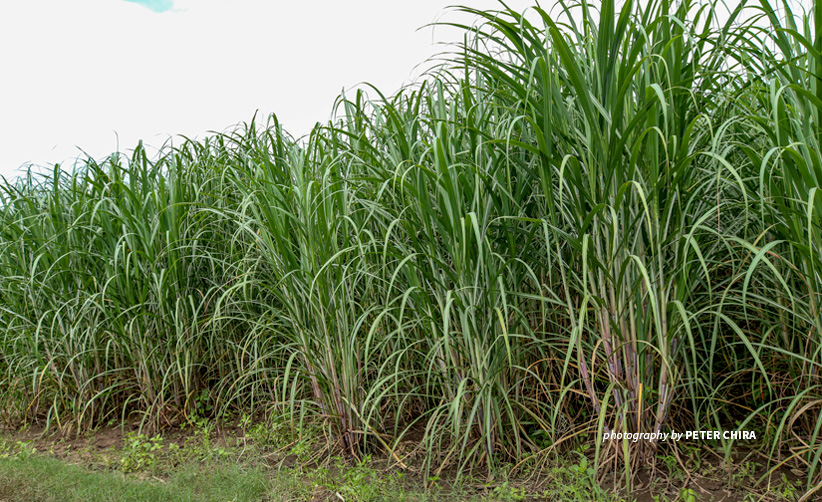 Fadhili Njilima was African Wildlife Foundation's Community Development Officer based in Ifakara, southern Tanzania. He is a Conservation Geographer with extensive experience and knowledge on ecological monitoring, especially of vegetation, birds, and primates. Fadhili has coordinated various con ... More

Sugarcane grown in southern Tanzania’s Kilombero landscape makes up 33 percent of the total sugar produced in the country. African Wildlife Foundation partner Kilombero Sugar Company, the largest sugar producer in Tanzania, works with 8,000 outgrower sugarcane farmers who supply the company to complement harvests from its plantations. Since 2015, African Wildlife Foundation has been implementing the International Union for Conservation of Nature’s Sustainability and Inclusion Strategy for Growth Corridors in Africa (or SUSTAIN-Africa) program focused on Ihemi and Kilombero. Within the Southern Agricultural Growth Corridor of Tanzania, both clusters in the fertile area are home to key agribusiness actors from large-scale institutions to smallholder farmers. In Kilombero, AWF improved the sugarcane value chain by working collaboratively with the Kilombero Sugar Company, Kilombero District Council, Kilosa District Council, and the Tanzania Agricultural Research Institute (formerly Kibaha Sugarcane Research Institute) to benefit smallholder farmers.

Apart from connecting Kilombero’s farmers with agribusiness institutions, AWF and partners train them in the application of climate-smart land and water management practices. Accounting for shifting weather patterns, the interventions ensure higher yields. As such, farmers will be less inclined to clear more land for agriculture, and will help maintain habitat conditions of the adjacent biodiversity hotspots and the Udzungwa–Selous ecosystem. Vertical expansion practices through climate-smart agriculture have reduced the demand for land from 16,000 hectares to 10,000 hectares. 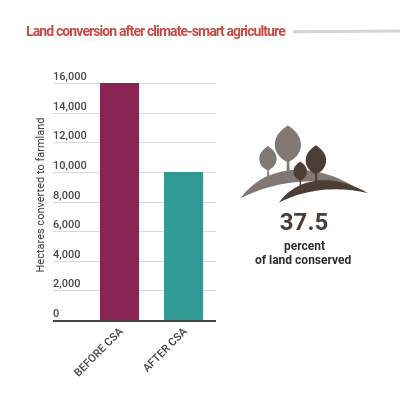 To boost the productivity of the region’s sugarcane outgrowers, one of the first steps was to establish more cane nurseries close to their farms — located, in many cases, too far away for farmers to transport seed canes from Kilombero Sugar Company’s plantations. This allowed the multiplication of seed cane production by easing access and reducing transport costs. The program distributed 8,010 tonnes of treated seeds to 735 farmers since 2016. The seed itself is a vital tool in the climate-centered transformation of farming in southern Tanzania — apart from being drought tolerant and a short-seasoned variety best suited to mitigate weather and climate changes, NCo 376 seeds deliver better yields with almost double the sucrose content. 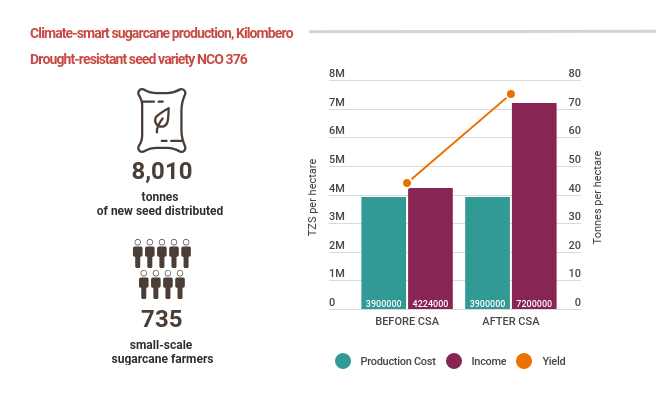 Climate-smart practices sustain a resilient ecosystem for people and wildlife

Cane outgrower Zakaria Robert Waronge owns 22 acres of sugarcane fields distributed in different locations in the Kilombero Valley. Following his training on sugarcane climate-smart agriculture from 2016-2017, he planted one acre of his land with the new drought-resistant seed NCo 376. His plot was also used as a farmer field school, for other farmers in his community to learn best practices.

At the end of the first season, Zakaria harvested and sold three-quarters of the cane farm as seed cane, earning him TZS 2,100,000. Every cane farmer who bought Zakaria’s seed cane noticed how well it germinated. The remaining quarter of the cane farm was harvested for sale to Kilombero Sugar Company for TZS 490,000. Zakaria plans to buy a 3-acre plot, which is being prepared for a seed cane B-nursery with the provision of 12 tonnes of treated seed cane from the Tanzania Agricultural Research Institute. After selling the seed cane, Zakaria will repay the cost of the seed cane to the institute and the money will be used as a revolving fund, thereby ensuring sustainability.

Before the program, Zakaria harvested 16-20 tonnes of sugarcane per acre, earning TZS 3,000,000 from 3 acres of cane. His average yield since the training stands at 30 tonnes per acre, raking in TZS 5,600,000 from the same plot of land. Other smallholder farmers like Zakaria are reinvesting their profits since the new seed variety and climate-smart practices have turned their fortunes around — they are now able to buy farm inputs. Importantly, they can pay school fees and purchase school supplies for their children; they are finally able to improve their homes or build quality houses. Those community members who did not own land have been able to buy plots or extend their leases and pay loans, supporting members of extended families in the process. 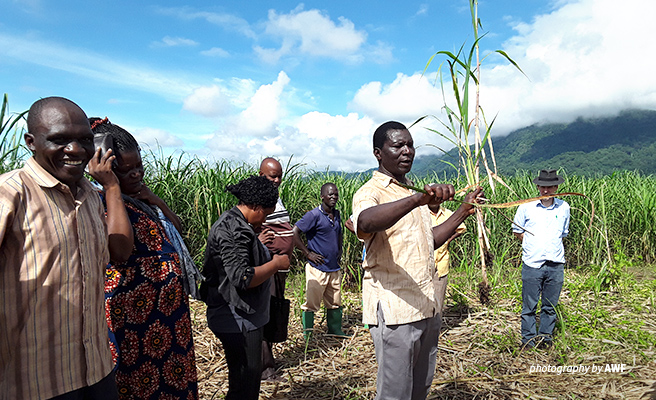 To extend our success, AWF is working with Farm Radio International, to produce far-reaching programs for sugarcane outgrowers, as well as cocoa farmers and beekeeping farmers with valuable information about climate-smart agriculture and other sustainable agriculture best practices.

In 2017 and 2018, the project aired 20 radio programs in the Kilombero Valley, reaching a potential audience of 3.5 million rural, working-age people. The programs highlighted cocoa nursery management practices, clean seed cane multiplication, and the use of beehive fences as elephant deterrents. These topics were selected because climate-smart agriculture is crucial to the local small farmers and commercial viability, and the solutions benefit women and youth, were tested and had demonstrated short-term results. 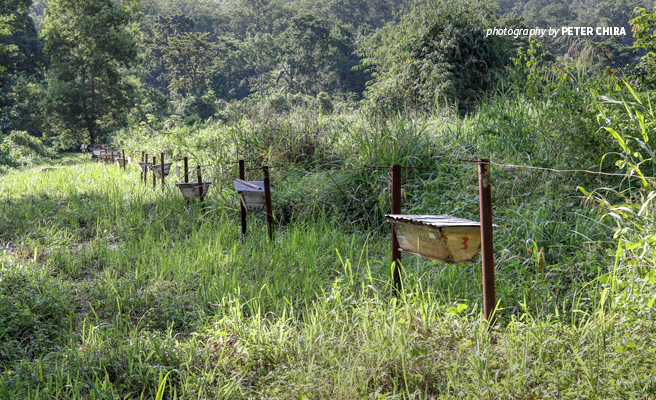 The radio programs were a hit and have proven to be the best medium for reaching small farmers in this important landscape. In surveys undertaken later, community members said they wanted the shows to continue. The listeners said they appreciated the opportunity to call in to the shows, ask questions, and offer their opinions.

From working directly with farmers to developing far-reaching radio programs, AWF is committed to expanding climate-smart methods to ensure hardworking farmers like Zakaria have all of the tools they need to build sustainable livelihoods while simultaneously conserving natural resources.