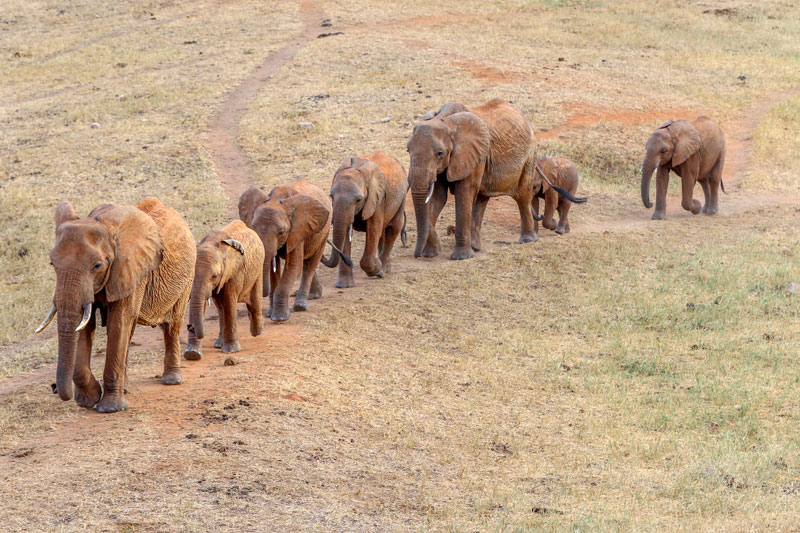 After many gloomy days, finally some good news for the African elephant, buffalo, and giraffe.

An aerial census released on 21 June 2017 reports the population of elephant’s in Kenya’s Tsavo, and Tanzania’s Mkomazi Ecosystem (TME) increased by 14.7 percent between 2014 and 2017.

It found, however, that the increase was only in Kenya’s Tsavo - about 15.1 percent. In Tanzania’s Mkomazi, they decreased by 61 percent, due in part to seasonal factors and the fact that the area is smaller. In all, the elephant population in the TME increased by about 1,649 during 2013-2017, a gain of about 1.5 a day.

The prospects were bright for the buffalo and giraffe too, the two other animals targeted by the survey.

Buffalos in Tsavo-Mkomazi have increased by 46 percent over the last three years, and giraffe figures also rose by an impressive 49.5 percent over this period. However, here too, most of the lift was on the Kenyan side of the border line.

This is news worth writing home about, but the progress seen in Kenya is not widely spread everywhere in Africa. Anything between 30,000 and 40,000 elephants are still killed every year on the continent. In the Congo forest, the population of elephants has reduced by 60 percent.

The results of the survey, however, show that it is possible to stop, or at least slow down, the killing of elephants to feed the illegal ivory trade, mostly in Asia.

Apart from being one of the key attractions for tourists, elephants matter for far more important existential reasons. They are what we call keystone species because their actions in the ecosystem affect the lives of other species. For example, their dung is food or habitat for other species - food for birds and baboons – and they are seed dispersers in the savanna.

Elephants are ecosystem engineers themselves. In addition to planting seeds, they modify the habitat so that other species can utilize it: they eat coarse grass and bushes and allow softer grass to grow and be eaten by grazers including cattle.

Grace Wairima Ndungu is a former Senior Communications and Advocacy Officer at African Wildlife Foundation. She supported the implementation of internal and external communications strategies and helped strategize on ways to promote AWF’s media and advocacy activities.