Philip Muruthi is African Wildlife Foundation's Vice President for Species Protection. He has worked with AWF for over 20 years, facing conservation challenges from a broad perspective. His role is to deliver strong and appropriate conservation science inputs to AWF's integrat ... More 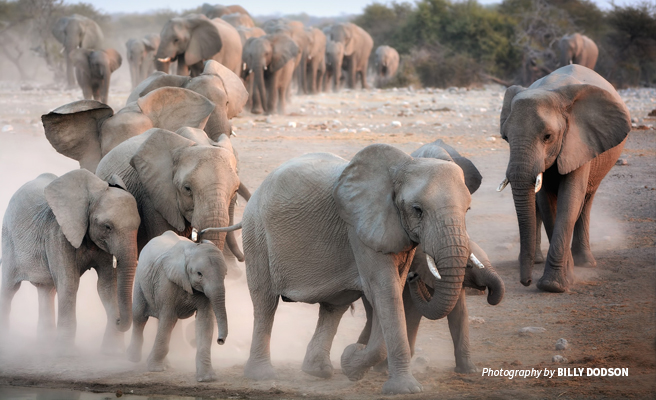 Where previously poachers were subsistence or small-scale operators, now, organized groups engage in ruthless killing sprees. Poaching in Africa today involves militias, crime networks, and even terrorist groups motivated by the demand for ivory and rhino horn in Asian countries predominantly. The illegal killing of wildlife is more efficient than ever before — the syndicates equip poachers with gear such as military-grade weapons, helicopters, and night-vision goggles. In one of the worst events on record, armed poachers on horseback in Cameroon’s Bouba N’djida National Park slaughtered as many as 650 elephants over three months in early 2012.

African Wildlife Foundation responded to the poaching crisis by directing resources to the protection of priority wildlife populations across Africa, to ensure funds went where most needed. By partnering with authorities, NGOs, and the private sector already on the ground, we were able to quickly mobilize resources and address critical threats in real time to prevent further loss of wildlife.

On average, elephant poaching has declined consistently in the last three years, though there are regional differences across the continent.  In the southern landscapes where AWF works, elephant populations are increasing. As for rhinos overall, although there is good news in some areas where poaching dropped in 2017, there were sharp poaching increases in other areas. In all, South Africa, which holds about three-quarters of the African rhino population, had 1‚028 rhino poached in 2017.

Poaching remains a critical threat to Africa’s wildlife, but on-the-ground efforts including AWF species protection programs are invaluable in the fight to stop the killing. AWF’s proven efforts and a holistic approach to conservation are more critical than ever before. 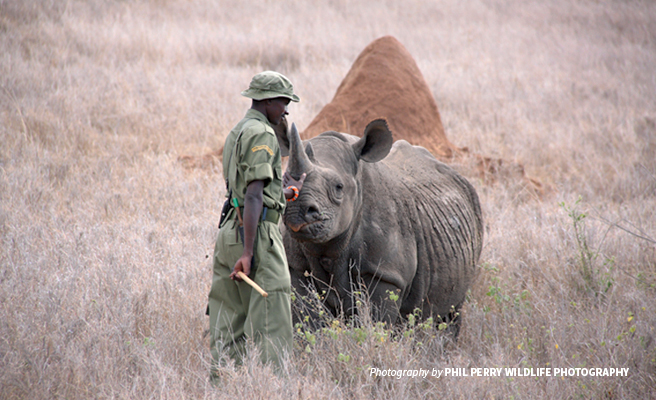 In January 2018, China implemented a domestic ivory ban, one year after pledging to do so. Since its original announcement, there has been an 80 percent decline in seizures of ivory entering the country.

Likewise, raw ivory prices dropped by almost two-thirds between 2014 and 2017, according to a report issued by Save the Elephants. The drop is due to a combination of factors including China’s commitments to ending ivory trade and efforts to raise awareness about poaching.

Hong Kong followed China’s lead in January when lawmakers voted to ban all ivory sales by 2021. AWF applauds the spirit of the move, but the waiting period is too long and opens the possibility of an illicit trade. Given the rate at which elephants are dying, AWF encourages Hong Kong to implement an immediate ban and for other countries with open ivory markets, including Vietnam and Thailand, to follow China’s example.

In July 2017, Japanese internet retailer Rakuten, the world’s largest online ivory seller, announced it would phase out ivory. Just prior, over 36,500 AWF supporters had written to Rakuten’s president urging the halt of ivory sales.

In August, AWF was proud to sponsor the New York State Ivory Crush, during which nearly 2 tons of ivory were destroyed. Tragically, the ivory (seized through coordinated law enforcement) represented more than 100 elephants killed. AWF participates in ivory crushes to emphasize zero tolerance for the ivory trade.

When the Trump Administration lifted the U.S. import ban on elephant and lion trophies from Zimbabwe and Zambia in November 2017, AWF took the lead in pushing for a reversal of the decision, quickly launching the #WildlifeTrumpsTrophies advocacy campaign. Our campaign reached millions of people, and more than 270,000 expressed support while more than 40,000 individuals took action and sent messages to the White House.