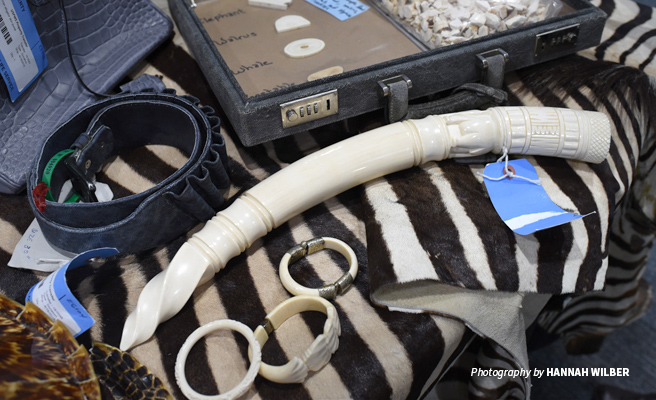 Monday, June 7, 2010 stands out clearly in my memory. I had just been appointed as a public prosecutor for wildlife crimes, and my first mission was to visit various courts and introduce myself in my new role. I started at Milimani Law Courts in Nairobi, where the Chief Magistrate kindly suggested that I sit in her courtroom for the morning session to acquaint myself — a relief, given that I had no experience in prosecution.The court session began with plea taking. I observed as charges were read out to offenders during their first court appearance, untroubled until the court prosecutor called the last case. It was a wildlife crime and — to my horror — he announced that there was a special prosecutor present in court. The magistrate, whom I had informed that I had no experience in prosecutions, called me to handle the plea! It was the longest 15 minutes of my life — I fiddled, fumbled, and sweated through the entire process.

The case involved a Tanzanian man who had rented a house in a suburb close to the Jomo Kenyatta International Airport in Nairobi. Concerned neighbors had alerted the police about loud grinding noises coming from his house every night. On raiding the house, the police did not find the man, but they discovered almost half a ton of ivory packed in large wooden boxes. It had been broken up into small pieces, concealed with large quantities of powdered chili and tobacco, and packed with avocados. According to the police, packing illegal products with perishable goods is a ruse used by many traffickers to ensure that the illegal product would be stored in the airport cold rooms where sniffer dog teams were not allowed.

Fast forward to several months later when, sadly, the case ended in an acquittal due to a number of investigative weaknesses. The most important one being that the prosecution could not connect the accused to the crime scene nor the ivory. At the time of the police raid, the accused had allegedly traveled home to tend to his sick mother and was only arrested upon his return.

In efforts to find him, however, the police investigators discovered that the tenancy agreements and rent receipts were in the name of a Kenyan man who claimed that he lived in another town and had sublet the house without any documentation to the accused. Neighbors, when questioned, stated that the accused was the one they saw coming in and out of the house though he only moved under the cover of darkness. Without enough evidence to connect the accused person to the contraband found in the house, the court acquitted him.

Though disappointing, this case opened my eyes. I quickly discovered that wildlife crime cases have challenges that prosecutors who handle other kinds of crimes never encounter. Some of the challenges include navigating the vastness of largely remote national parks and game reserves where some crimes were committed. The nature of evidence is also unique, with large animal carcasses, perishable exhibits, and live animals submitted as exhibits. At the same time, the modus operandi used by poachers and traffickers is dynamic. There was not much in the way of mentorship for cases involving wildlife crimes. I had to be creative and push the rules of evidence and criminal procedure to their limits or risk losing all my cases. 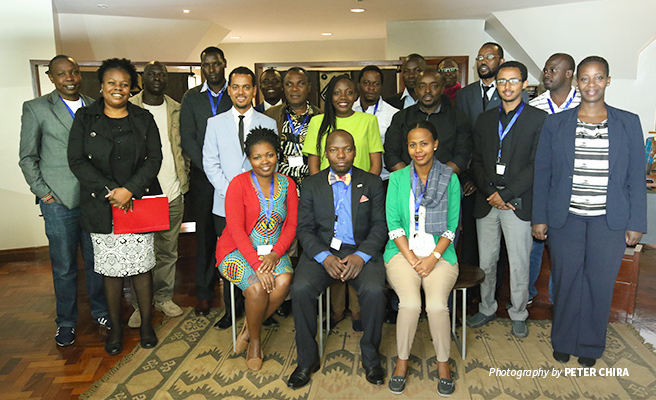 To begin with, the focus of the program is on AWF’s priority geographical landscapes in Eastern Africa — Kenya, Uganda, Tanzania, and Ethiopia.  Divided into three modules, mentorship will take place onsite through workshops and exchange programs. Module 1 is on professional standards and equips the prosecutors with proper communication skills to form and maintain strategic partnerships. Module 2 is on advocacy skills and delves into the key subjects of trial advocacy, proper case management, and evidence management. Module 3 on life skills makes them all-round individuals, within and outside their professional lives. It addresses health and lifestyle, managing personal finances, and personal development.

The first cycle of the mentorship program was flagged off with an inception workshop held at AWF headquarters in Nairobi from March 13-15, 2018. Fourteen participants attended, including 10 prosecutors and four mentors. The prosecutors were drawn from the Kenya Wildlife Service and Kenya’s Office of the Director of Public Prosecutions, Uganda Wildlife Authority, Tanzania Wildlife Authority, and the Federal Attorney General’s Office in Ethiopia.

During the inception workshop, the prosecutors got to meet their experienced mentors. The American College of Environmental Lawyers also offered its support to the prosecutors during and beyond their mentorship period. The workshop also covered some topics in Module 1, providing participants with expert training on communication skills as well as leadership and management skills. Following the inception workshop, mentees will pick at least three of their most challenging wildlife crime cases for intensive guidance by their mentors to guarantee success. They will track their progress over the mentorship period using a workbook produced by AWF.

It is AWF’s hope that the on-the-job program will give wildlife crime prosecutors the much-needed support so they can avoid the pitfalls I faced early in my career. Successful prosecutions plus stronger deterrent penalties meted out to wildlife crime offenders reduce poaching and trafficking, promoting the survival of species.