Reflecting on the Ivory Crush in Times Square 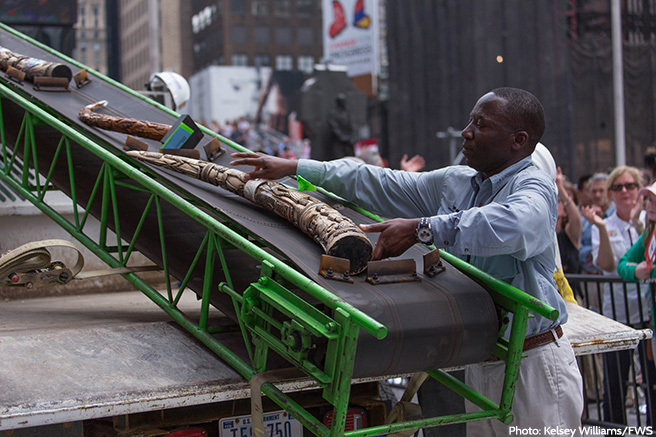 On Friday, June 19th, there was a different kind of attraction in Times Square turning the heads of tourists and locals alike: over one ton ivory and the twenty-five ton machine that would be used to crush it.

Last week’s ivory crush event was not the first of its kind. In November 2013, the U.S. Fish and Wildlife Service (USFWS), African Wildlife Foundation and conservation partners crushed six tons of confiscated, illegal ivory at a ceremony held in Denver, Colorado. In order to protect elephants from extinction, ivory crushes are used to demonstrate the U.S. Government’s commitment to stop poaching and wildlife trafficking and to drive down demand. The USFWS reports the combined amount of ivory from the two crushes represents the lives of at least 1,700 elephants. 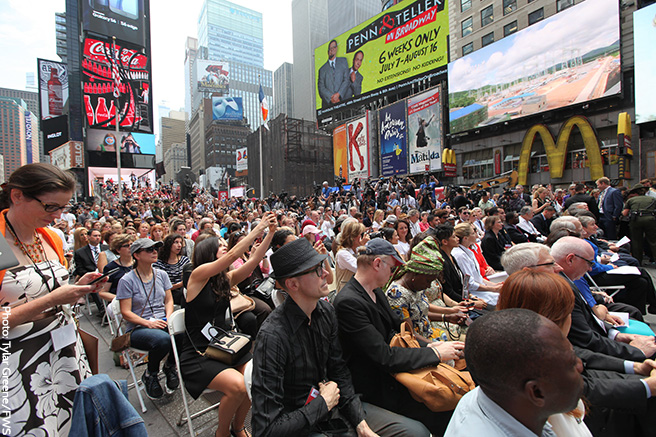 Apart from seeing ivory on display in museums, this was my first time near a large quantity of ivory. I was both amazed and repulsed at the variety of jewelry and sculptures. The tusks, carved yet still retaining their natural curved shape, were easily identifiable as an elephant’s. It was the smaller pieces, however, that left me with a lasting impression. They made me think about the trade from a different perspective: the buyer. I could see why one might not associate the tiny, innocuous trinket sitting before me with the slaughter of Earth’s largest land mammal. For me, it further emphasized the importance of awareness building campaigns. As Yao Ming says in his PSA with WildAid & the African Wildlife Foundation, “When the buying stops, the killing can too.” 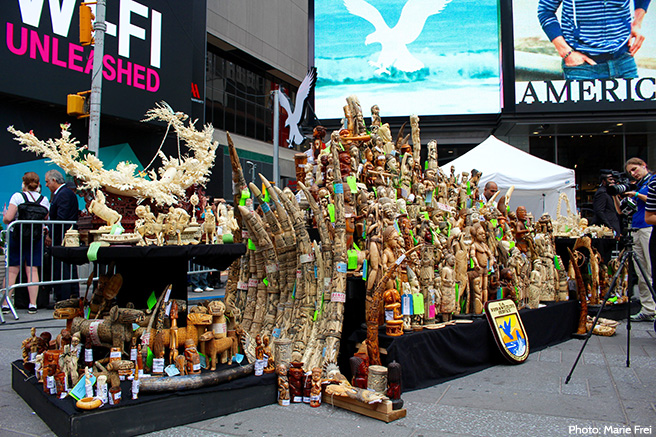 With items like an elephant’s foot, orangutang skull, and animal skins on display, my eyes weren’t the only ones drawn to the educational outreach table. Passers-by engaged in dialogues with USFWS officials, as did celebrities like Edie Falco, Shannon Elizabeth and Kristen Davis, who attended the ivory crush in support of the USFWS and their conservation partners.

After a series of speeches by Dan Ashe, Director of the U.S. Fish & Wildlife Service, and Sally Jewell, Secretary of the U.S. Department of the Interior, and several representatives from the State of New York, distinguished guests were invited to collect a piece of ivory and place it on the conveyor belt to commence the crush. 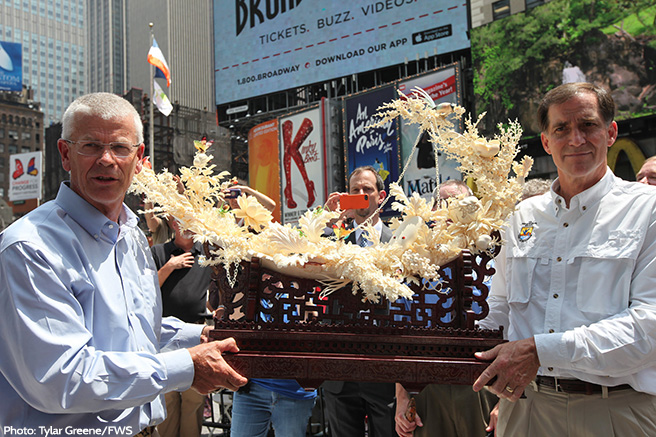 One of the largest and most intricately detailed of all the ivory carvings was the last to be tossed onto the conveyor belt by USFWS Director Ashe and William C. Woody, the Chief Law Enforcement Office for USFWS. Among the fake insects adorning this sculpture sat a dragonfly. It moved so subtly, I almost didn’t notice it was alive. In the Japanese Samurai culture, dragonflies were traditionally used to depict power and victory. As the final chips flew out of the machine and the crowed cheered loudly, I couldn’t help but note the coincidence.

Some of you might be wondering what will become of the ivory chips. The USFWS held a competition earlier this year to come up with a winning proposal for a design to incorporate the chips into a greater anti-poaching and wildlife trafficking awareness building campaign. The chips from Friday’s crush will be kept in a secure facility until the winning design from the competition is announced.

Marie is AWF's former Membership Services Associate. With her background in the travel industry and experience living in Southern Africa, she is most interested in how the right balance of conservation and tourism can benefit both people and wildlife. She is an avid photographer and blogger, and shares these passions on her website One Carry-On Travel.