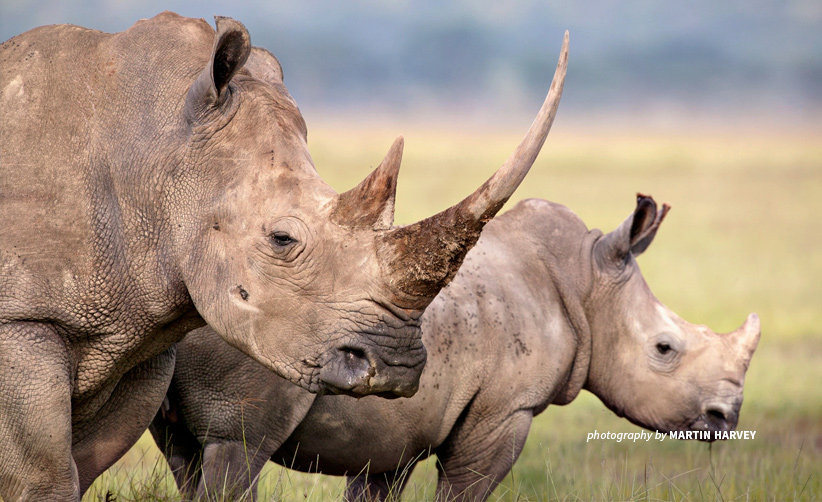 The illegal trafficking of protected African wildlife species can take various gory forms across the continent. Wildlife management authorities and investigators often discover concealed elephant tusks still dripping with blood or even pieces of flesh and hides, but they are also likely to find crocodile eggs or pangolin scales. The contraband counts as evidence, as do the tools and weapons found at the crime scene, which can range from handmade bows and arrows to AK47s.

Prosecutors must use every item found at the scene of the crime to convict suspects but the poor collection, storage, and management of evidence through the course of a case reduces its probative value while, at the same time, increasing the chances of an acquittal. Suspected poachers, traffickers, and illegal hunters simply get a slap on the wrist, and often the investigation stops because of tampered evidence. Worryingly, if the movement of exhibits between evidence storage facilities, forensic laboratories, and law courts is not monitored effectively, some wildlife contraband can end up in the wrong hands. 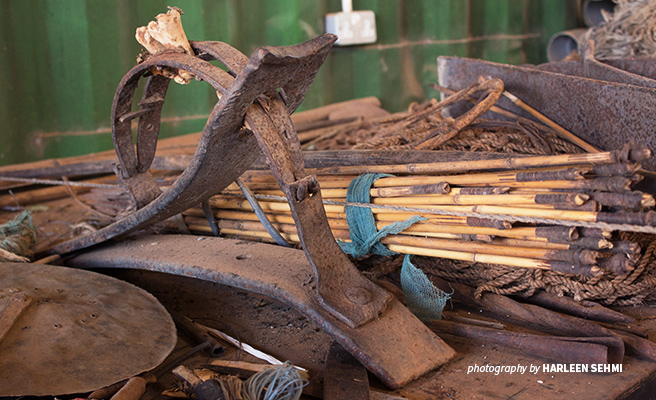 Snares are commonly seized as evidence in wildlife crime cases, among makeshift tools and weapons

Wildlife law enforcement officers are trained to abide by the ‘best evidence rule’ when they apprehend a criminal in the act: all items recovered from the crime scene must be stored as they were found. For instance, if a trafficker is intercepted with a suitcase full of pangolin scales, then both the illegal wildlife product and the bag are seized as evidence.

In one ivory-related case, prosecutors were forced to admit green-colored elephant tusks to a Kenya law court as evidence. It turns out that authorities busted the suspect with printing equipment for the production of counterfeit US dollars at the scene of the crime in addition to the wildlife contraband seized. The dollar-green inks stained the tusks during the arrest when all the evidence was collected and thrown into the back of a vehicle.

The negligence cast doubt on the investigation but at least the green ivory stood out among all the other seized ivory tusks in the evidence storage room. Stores are often crammed with decades’ worth of exhibits and it can be time-consuming — and oftentimes unsafe — to locate a particular exhibit. If police and wildlife management authorities use different labeling conventions to mark evidence, it is even harder to locate a particular exhibit.

Ugandan prosecutors once presented the wrong evidence before the court, realizing the error only after a witness pointed out that the tusk under question was in fact much larger than the exhibit he had recovered. The prosecutors scrambled to locate the tusk at the storage facility and arranged for it to be transported to the court, but it took hours — they had lost crucial time and threatened the case’s standing.

Tight security for high-value exhibits like elephant ivory and rhino horn is essential and authorities must be able to differentiate contraband from those in official stockpiles — and these too must be stored safely. Mozambique has lost hundreds of tusks and ivory pieces from its stock of confiscated ivory, according to reports by the Environmental Investigations Agency. In one heist, thieves simply carved a hole in the ceiling and emptied the store completely much to the surprise of officials who had not unlocked the door in more than two years. 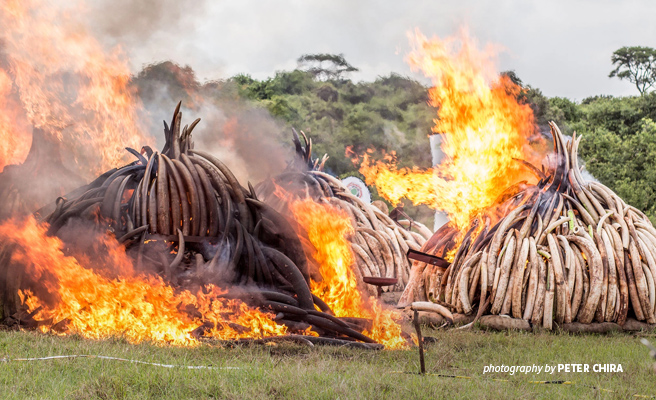 Though elephant ivory and rhino horn are the highest value exhibits under the care of wildlife management authorities, national police, and the courts, other contraband must also be stored carefully and securely to bring all wildlife criminals to justice.

However, many wildlife law enforcement officers who intercept illegal hunters or people smuggling bushmeat lack the resources to preserve the probative value of the perishable items they seize. Not only do these wildlife parts require refrigeration, they also need to be stored separately to reduce the risk of contamination. The seized meat is central to prosecuting such cases, but if it is already decomposing when it reaches the forensic laboratory or has been stored alongside other meats, experts will struggle to identify the species. The case falls apart.

Perishable wildlife items also pose a health risk to storage room personnel and may carry zoonoses (diseases that can be transmitted between animals and humans). In some sites within national parks, store custodians are exposed to various biohazards — often stored among large piles of seized snares and other dangerous tools — without sufficient protective gear like gloves and masks. In contrast, at airports, it is not uncommon to find high-value items such as decorated ostrich eggs and crocodile skin shoes among items seized from travelers, as well as drums covered in python skins. 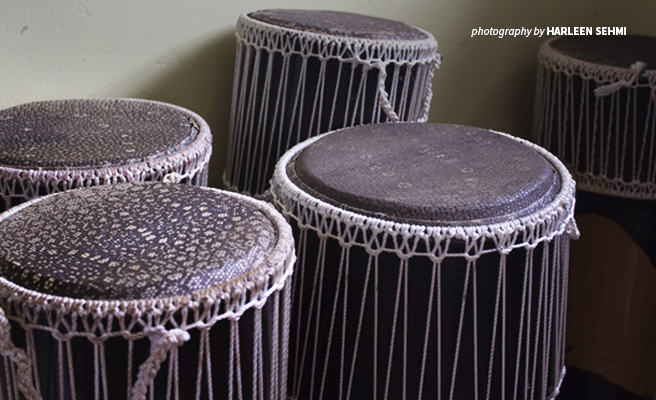 Evidence storage facilities must prevent unauthorized entry and allow pre-approved personnel only to easily access exhibits when required. It is critically important for store managers to maintain a clear chain of custody to record when the exhibit is removed and returned to the facility. When items are clearly labeled and categorized, it is far easier to conduct regular inspections and take inventory.

African Wildlife Foundation completed the construction of a secure evidence storage room at the Kenya Wildlife Service Nairobi headquarters in September 2019. Complete with CCTV cameras and biometric entry for restricted access, the premises are burglar-proofed with a razor-wire gate and emergency break glass. The air-conditioned store contains rows of shelves to organize items easily as well as large metallic worktops to examine, sort, photograph and label evidence. In Tsavo, where illegal wildlife killing for the bushmeat trade is prevalent, we have provided a deep freezer and high-grade safe to secure evidence seized by authorities.

With support from the U.S. Bureau of International Narcotics and Law Enforcement Affairs, AWF is conducting a baseline survey of evidence stores at trafficking hotspots in Uganda and Kenya, where we have already deployed anti-trafficking canine units to sniff out criminals and helped prosecutors streamline wildlife law practice through our Wildlife Judicial and Prosecutorial Assistance Training sessions as well as mentorship programs. Building on this, AWF is upgrading Kenya Wildlife Service and Uganda Wildlife Authority evidence storage facilities and will also provide evidence management training to wildlife law enforcement officers and prosecutors.

Ultimately, improving the standards of evidence management and record-keeping will ensure wildlife contraband stays out of the black market and bring more criminals to book.