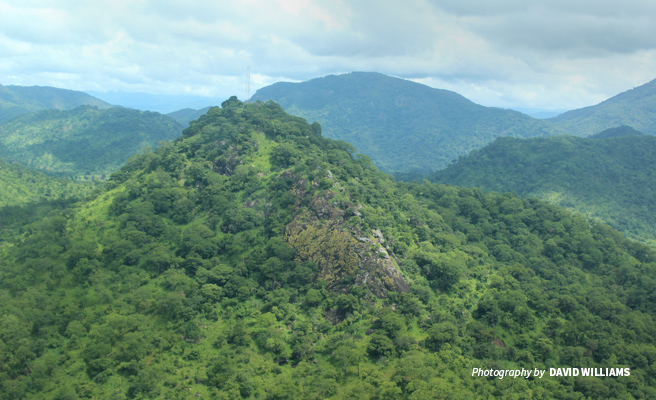 Natural resources abound in Southern Tanzania’s Mngeta Corridor and Udzungwa-Magombera-Selous landscapes, located within the Kilombero Cluster. With a stretch of mountains that harbors major water catchments for many rivers, a dense forest cover both on reserve and community land, and rich biodiversity, the Kilombero Cluster is a vitally important biological area where natural resources and wildlife vie for space in the midst of growing agricultural productivity.Due to this immense potential productivity, the cluster also forms part of the Southern Agricultural Corridor of Tanzania (or SAGCOT). Apart from the abundant biodiversity and protected resources, the region is characterized by fertile land, water sources, extensive grazing land, reliable rains, and large-scale plantations — all of which have attracted large concentrations of both human beings and livestock. The region also attracts competing interests of agriculture, livestock, wildlife, and tourism. As expected, this large concentration is exerting pressure on the natural resources that render it important for proper land-use planning in the area.

Land-use planning addresses resource management in a holistic way. It is also key to ensuring sustainable utilization of resources and the avoidance of conflicts in such areas and many other parts of the world facing increasing pressure on natural resources. Covering all 20 villages in the Mngeta Corridor and Udzungwa-Magombera landscapes, the Africa Biodiversity Collaborative Group, through Tanzania’s National Land Use Planning Commission and in collaboration with African Wildlife Foundation, undertook a detailed survey of land tenure status, land-use planning, administration, and management. Documenting current patterns will inform coordination and decision-making among stakeholders addressing challenges in land administration and natural resources management. The results of the survey are useful in sensitizing individuals and groups on the importance of land tenure security, cementing land-use planning as an effective tool for sustainable landscape management within the Kilombero Cluster.

Both the Mngeta Corridor and the Udzungwa-Magombera-Selous landscapes fall under the 2016 Kilombero District Land Use Framework Plan, which outlines how land resources in the district can be economically utilized based on their potential and limitations. This framework provides guidance for decision-making, management, and allocation of land resources for different uses, including conservation and protection of natural resources in the district. Although it is recommended that the District Land Use Framework should be prepared before developing village plans, some villages in Kilombero District had already prepared village land-use plans. which were duly incorporated into the District Plan. 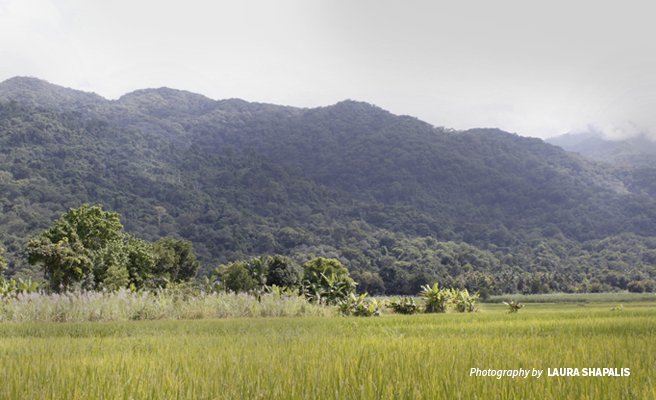 A village subdivision took place in Kilombero in 2013 and 2014, forming a new village, but distorting previous land-use plans. Although the subdivision helps provide services for the new villages, it hinders the implementation of the existing land-use plan and any other previously made decisions. Additionally, the subdivision has required a change of boundaries that has not been fully completed and a number of villages in the area do not have boundary maps. In Kilombero District, village boundary conflicts — sometimes exacerbated by a change of village governance — are also fueled by a lack of consensus among village leadership and incorrect survey plans.

With the current increase in settlement in the area, there is an ongoing dispute caused by a shortage of land. Implementation of village land administration that enhances tenure security is poor and lacking in the area, worsening the situation. Influenced by a range of factors, land-use conflicts are common in many parts of Africa. The Kilombero district has been experiencing serious land-use conflicts between pastoralists and indigenous farmers, as well as between large agricultural farms and villagers in recent years. When pastoralists move from one place to another in search of water and pastures, they run the risk of interfering with any set-aside land-use plans.

The natural resources in this area contribute to key economic and social benefits. Responsible land-use planning, administration, and management is key to ensure that these benefits are sustainable both for now and future generations. Surmounting land administration challenges will require the collaboration of stakeholders to undertake and complement the efforts of environmental management by surveying land parcels for respective uses and issuing of customary certificates of right of occupancy for land parcels allow individuals or groups to invest and reap longer-term benefits.

Undertaking detailed management planning and sensitizing communities in areas prioritized for key land uses, such as agriculture, livestock keeping, and human settlements is imperative as the Mngeta Corridor, the Udzungwa-Magombera-Selous landscapes, and the entire Kilombero Cluster attracts different types of investments. The integrated landscape approach will encompass inclusive stakeholders in the region to protect the natural environment while promoting the sustainable utilization of land.

> Read the full report: Status of Land Use Planning, Land Tenure and Biodiversity Conservation: A Focus of Udzungwa-Magombera-Selous Landscape and Mngeta Corridor in Kilombero District