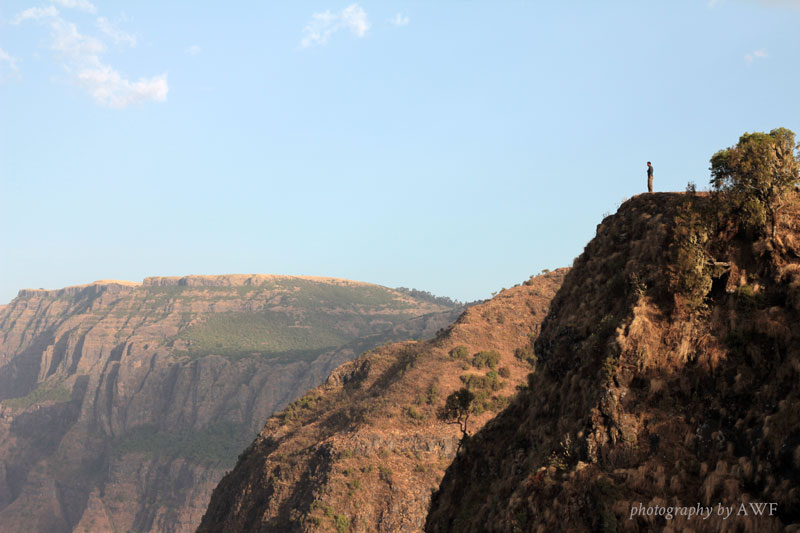 Simien National Park is the second oldest protected area in Ethiopia located in North-Central Highlands of the country. The park is home to threatened and endemic wildlife species including the Walia Ibex, the Gelada monkey, and the Ethiopian wolf. It is also recognized as an important bird areas site.

Comoé National Park in northeastern Côte d’Ivoire is marked by grasslands and stretches of rainforest that are uncommon in that part of the continent. The Comoé River, which cuts through the park, teems with fish and is home to chimpanzees, hippos and dwarf crocodiles, plus hundreds of bird species.

Simien, which was inscribed on the UNESCO World Heritage List in 1978, landed on the List of World Heritage in Danger in 1996 because settlement and cultivation expansion, overgrazing and deforestation put it under tremendous pressure.

Comoé National Park, also one of the largest protected areas in West Africa, was inscribed on the List of World Heritage in Danger in 2003 due to farming, illegal gold mining and poaching affecting its species populations.

Comoè’s 13-year climb off the Danger List was long and admirable, but Simien’s even longer 21-year fight was a true conservation tour de force.

In Simien, the Ethiopia Wildlife Conservation Authority (EWCA) has tirelessly worked to recover its glory. African Wildlife Foundation has been a partner since 2012, working with EWCA to develop alternative sources of livelihoods for the people living in and around the park—alternatives that would help protect natural resources, rather than exploit them.

“The decision to remove Simien National Park from the List of Word Heritage in Danger reaffirms us the rewards that can come from working together and closely involving the communities in conservation."

"However, there are also other broader social and political insights that Comoé and Simien offer us conservationists. Because both parks suffered partly as a legacy of war, we have to see that making whatever small contributions we can to peace is ultimately a contribution to protecting wildlife," says Kaddu Sebunya, President of African Wildlife Foundation.

Many other organizations were also involved, and together these substantial investments gave the community a stake in the wider Simien project that won support for the recovery work.

It is a source of great joy and encouragement to the many people working, often against great odds, to save important conservation and historical sites in Africa that the journey might be long, but victory is possible.