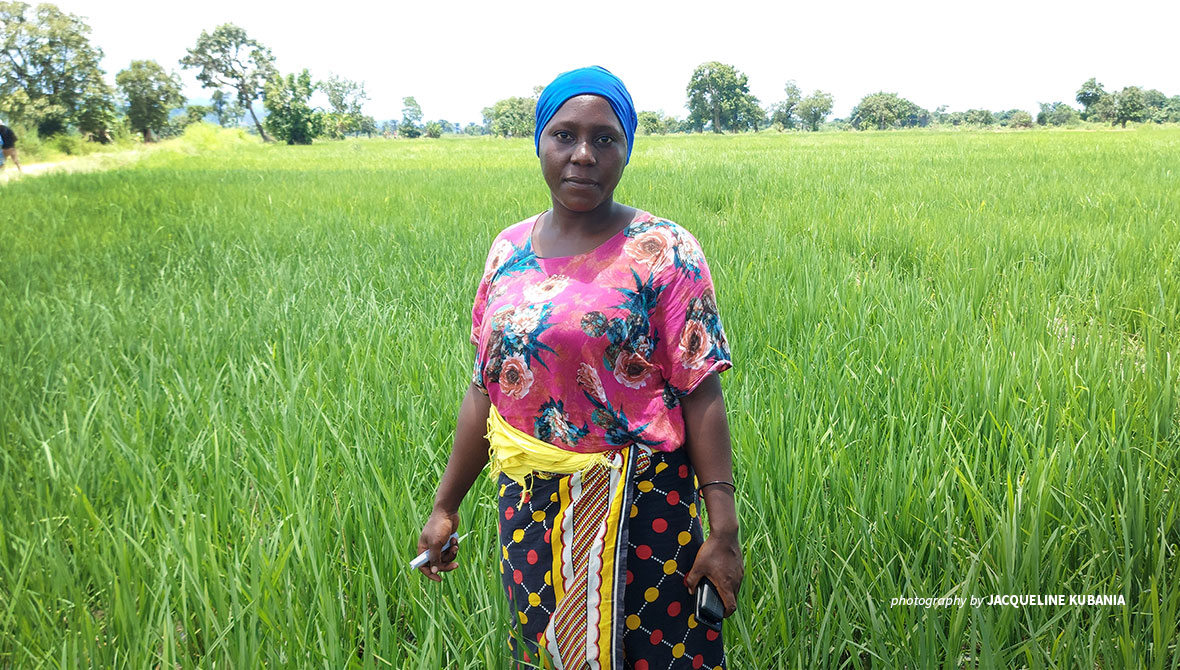 One of the most important lessons from school is the importance of trees. We learn that trees bring us rain, which is essential for crop production and food security. Teachers use photos of degraded landscapes and famines caused by drought to show the striking effects of wanton tree cutting.

But, like a lot of book knowledge, this education never quite translates into our everyday lives. Statistics are grim: Africa is losing her forests faster than the rest of the world. Recent data from the Food and Agriculture Organization of the United Nations shows that Africa lost around 3.9 million hectares of forest area per year between 2010 and 2020 compared to the 3.4 million hectares lost annually between 2000 and 2010.

One of the biggest drivers of forest degradation in Africa is agriculture. As human populations grow and the demand for food increases, we are forced to clear more trees to make way for farmland. Dense forests have given way to rolling acres of cultivated land where maize, beans, and rice grow to feed humanity’s ballooning appetite.

But the trade-off between forests and food is false. A community in Southern Tanzania is leading the way in embracing a new way of farming that not only protects the precious remaining forest resources, it also improves their incomes.

Dorotea Simo Magina has been a farmer for 12 years. The 30-year-old mother of three lives in Kilombero District where she farms rice on two acres of land. For the past two years, she has been practicing a different kind of farming dubbed System of Rice Intensification. Using fewer seeds and less water, Dorotea has managed to more than triple her harvest.

“Previously, I had to plant over 45 kg of rice seeds on one acre, and would only harvest around eight bags. With this new method, I only plant 4 kg of seeds, use less water, and the last harvest gave me 30 bags per acre. There is no comparison,” she says.

Her bumper harvests have ensured that her family no longer needs to cut down trees for charcoal or to expand their farms to make a proper living. Not only is she able to comfortably educate her children with proceeds from her rice farm, she has also recently constructed a modern house for her family.

Dorotea is among the over 2,000 farmers targeted by African Wildlife Foundation’s ‘Inclusive Green Growth for Agrarian Communities in Kilombero District’ project. In partnership with the Global Fund for Nature and with funding from the German government through the Federal Ministry for Economic Cooperation and Development, the project has enabled rice and cocoa farmers to increase their harvests by 36 percent and 28 percent, respectively. Additionally, the Inclusive Green Growth project has helped reforest 2,765 hectares of land.

For rice farmers, this involves using high-yield variety seeds and less water to boost productivity on smaller parcels of land. For cocoa farmers, improved cocoa seedlings, better farming techniques (including intercropping, rainwater harvesting, and crop rotation), as well as upgraded cocoa fermenting and drying, have fetched better prices in the market. The farmers have also benefited from guidance in developing business plans to help them access capital from financial institutions and expand their operations. 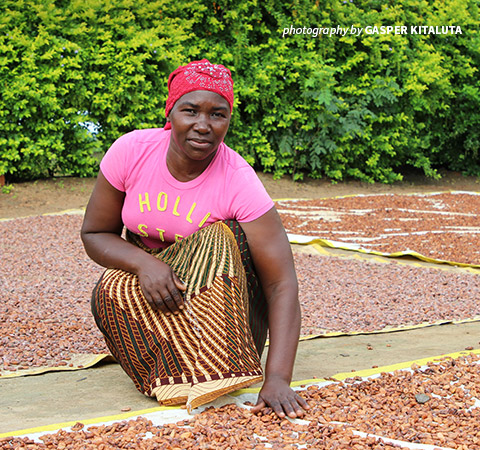 Maria Peter, who has been farming cocoa for over 10 years, also has successes to share. She is a member of Mbingu Organic Cocoa Agricultural Marketing Cooperative Society. The cooperative helps farmers improve their earnings by training them on better farming techniques, as well as providing them with a facility for drying their cocoa, which helps to stabilize cocoa prices even during the wet season. AWF has supported the cooperative with technical knowledge as well as infrastructure development, with the construction of a solar dryer that holds a volume of 5000 tons of cocoa at a go.

With this income, Maria hopes to send one of her children to Ukraine to train as a doctor once life stabilizes after the COVID-19 pandemic.

She and her husband have also adopted intercropping on their 11-acre farm, where their cocoa trees are interspersed with maize, bananas, and tall indigenous trees that keep the farm cool even in the sweltering heat of early March.

“Trees are important to us. They provide us with shade, help to stabilize rain patterns, and are also a source of food, firewood, and traditional medicines. We are proud to have trees on our land and we have been encouraging other farmers to plant them,” says Maria.

The Inclusive Green Growth project has also championed reforestation efforts to restore wildlife corridors and water sources that have been degraded as a result of human activities. In the past three years, the community has planted 600,000 trees and restored 2,765 hectares of farmland, riverbanks and the Ruipa Wildlife Corridor, a protected area. Community-based organizations such as Miti Maisha have been instrumental in establishing and managing tree nurseries, while also distributing seedlings to schools, farmers, and the general population.

“We started tree nurseries in order to improve our livelihoods and to help the community to fight deforestation. We advertize our trees through radio stations and have managed to attract customers even from other districts. So far, we have sold over 60,000 seedlings,” says Ayubu Matabara, a member of Miti Maisha. According to him, the group is now looking to expand its facilities to meet growing demands and improve the variety of seedlings available.

“The community has come to appreciate ecological benefits such as clean water and reliable rainfall, which has improved attitudes and behavior towards the protection of forests and water catchment areas. Many have adopted practices that ensure the restoration of ecosystem integrity,” said Pastor Magingi, the AWF Program Manager in Kilombero under whose stewardship the project has thrived.

He said that the community has been enthusiastic about changing unsustainable agricultural practices — such as unregulated irrigation and the use of plastic bags to raise seedlings — in favor of environmentally friendly options that work for the good of people, wildlife, and wild lands.