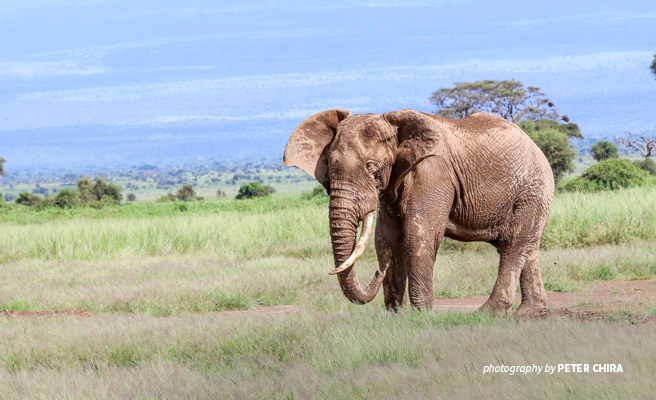 Elephants are still the most poached species for international trade in Sub-Saharan Africa, a three-year project by the African Wildlife Foundation (AWF) has reported. The research, which focused on U.N. Educational, Scientific and Cultural Organization (UNESCO) Biosphere Reserves, found that elephant poaching levels were still high despite intense conservation efforts.

The project is titled Biosphere Reserves as Model Regions for Anti‐Poaching in Africa (BRAPA) and was commissioned by the German Federal Agency for Nature Conservation (BfN) in Dec. 2015 to assess the status, factors, and drivers of poaching in Biosphere Reserves and to develop policy interventions to mitigate the pressure and protect wildlife.

Poaching levels were perceived to be high or very high by Biosphere Reserve Managers and designated officers in 36 of the 70 reserves that took part in the study. Major diving factors identified are: poverty, increasing human population, and institutional and governance challenges.

“The scale and extent of poaching of iconic species in Sub‐Saharan Africa is escalating and straining anti‐poaching efforts designed to stem the problem. Wildlife poaching and trafficking not only debilitates, but also threatens many species. Fighting this illicit trade requires heavy financial and other resources for the protection of the targeted species,” they warned.

Poaching occurred in all designated zones of the Biosphere Reserves, but predominantly in buffer and transition zones and affected at least 105 species of mammals, reptiles, fish and birds. “Worryingly, local extinction of 13 species as a result of poaching was reported in six Biosphere Reserves. Poaching as a threat imperils the survival of both iconic species, such as elephants, rhinos, pangolins and other traded species,” they added.

Mammals were found to be the most poached species, as they are popular food (bushmeat) sources for most of the communities living adjacent to the Biosphere Reserves. In most instances, people kill wild animals for meat, as they have no alternatives for protein supply. In addition, a widespread reason for poaching is the high commercial value of some species, providing income to the families.

On a positive note, the study found anti-poaching measures were working, with over 1,700 poachers arrested between 2011 and 2015 in 15 biosphere reserves due to enhanced law enforcement. The report notes that the war against poaching cannot be won with a one-size-fits-all approach. Ground patrols, rapid response units, and community participation were cited as the most effective anti‐poaching strategies.

AWF is grateful to the BMU for funding this project.