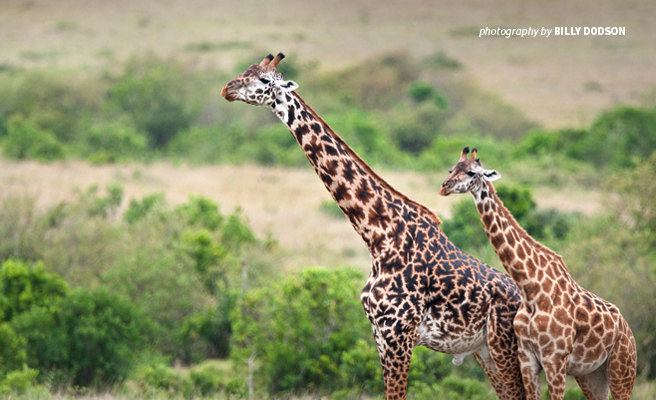 Giraffes will for the first time enjoy protection after countries voted on August 22, 2019 to end unregulated international trade in giraffe parts.

The proposal to include giraffes in Appendix II of the Convention on International Trade in Endangered Species of Wild Fauna and Flora (or CITES) received overwhelming support from Parties currently gathered in Geneva, Switzerland. The proposal was put forward by Central African Republic, Chad, Kenya, Mali, Niger, and Senegal. They argued that all nine subspecies of giraffes across the range States must be protected to counter their fast plummeting numbers. While the listing will not ban all international trade of the species, it will impose stringent conditions that will make it harder for countries to buy and sell giraffe parts.

“We note that, compared to other species, giraffe conservation and management is relatively poorly understood. We urge range States to enhance their efforts in conserving the species, learning from the experiences behind increasing populations of Angolan giraffe and South African giraffe,” said Dr. Philip Muruthi, Vice President for Species Conservation and Science at African Wildlife Foundation (AWF). He is leading the organization’s delegation to CITES.

Giraffe numbers across Africa have continued to plummet, leading to scientists calling the phenomena a “silent extinction” that is happening right under our noses. The continent has lost 40 percent of its giraffe herd in three decades and now remains with a population of less than 100,000.

Speaking to journalists before the decisive vote to save giraffes, the chief of scientific services at CITES Tom De Meulenaer said that while most people’s attention has been focused on elephants, giraffes are facing a much more serious extinction threat.

The United States of America and Europe have been the primary consumers of giraffe products, importing 98 percent of giraffe trophies from Namibia, South Africa, and Zimbabwe.

Elephants, meanwhile, retain their enhanced protection after parties voted against proposals to relax trade regulations to allow for more trade in ivory.

These proposals sought to downlist Zambia’s elephant populations from Appendix I to Appendix II, and to alter the appendix to make it easier to trade elephant ivory. AWF recommended against both.

"AWF considers the re-opening of the international trade in elephant ivory during this period of escalated poaching and trafficking as being detrimental to elephant conservation across Africa. We urge all African elephant range States and the international community to take a firm position regarding protecting Africa’s elephants and to put in place stringent measures that will extinguish the insatiable demand threatening the survival of the world’s largest land mammal,” said Dr. Muruthi in a statement.