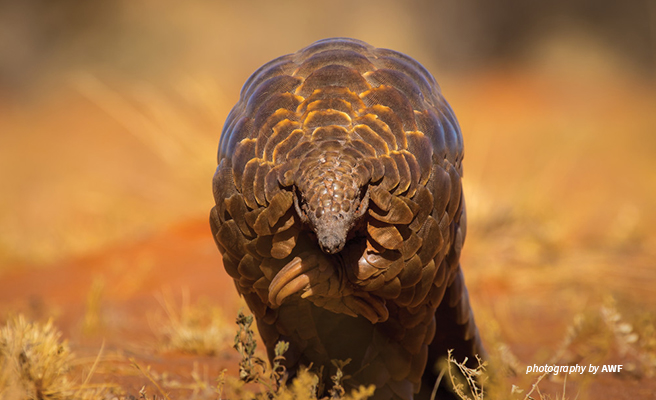 The U.N. Office on Drugs and Crime (UNODC) on July 10, 2020 released the findings of the second edition of the World Wildlife Crime Report dubbed ‘Trafficking in Protected Species’ via a webinar due to the ongoing global pandemic.

The report underscores the implications of wildlife trafficking on nature and biodiversity at large.

It found that there has been a decline in the trade for ivory and rhino horn since 2015. This was triggered by the move by China and the USA to close legal domestic markets for ivory. However, between 2014 and 2018, there has been a rise in the trafficking of pangolins. The mammal is majorly trafficked for its scales. Initially, the Asian pangolin featured in the market. In 2013, the source of seized pangolins shifted to the African continent, primarily to West and Central Africa. The report states: "Seizures were made first on shipments coming from Cameroon, then Nigeria, and then in 2016 to the Democratic Republic of the Congo." Pangolins are currently the most trafficked mammals in the world.

Perpetrators of this lucrative vice take advantage of the local communities without sources of livelihood to poach wildlife. UNODC Executive Director Ghada Waly noted that transnational organized crime networks are reaping the profits of wildlife crime while the poor pay the price. Hence, it is important to engage indigenous people and the local communities in the protection of biodiversity and natural resources.

“To protect people and planet in line with the Sustainable Development Goals, and to build back better from the COVID-19 crisis, we cannot afford to ignore wildlife crime. The 2020 World Wildlife Crime Report can help to keep this threat high on the international agenda and increase support for governments to adopt the necessary legislation, and develop the inter-agency coordination and capacities needed to tackle wildlife crime offences,” she added.

Legal markets are being used in illegal wildlife trade due to a lack of supply chain security. Criminals are getting smarter and are shifting the trade to digital platforms, making it difficult to catch them. Recently, the African Wildlife Foundation (AWF), in partnership with cybersecurity firm Irdeto, trained cybercrime investigators from the Kenya Wildlife Service (KWS). This is the first step in setting up the wildlife authority's digital forensic unit to fight illegal wildlife trade.

The unsustainable and illicit trade in wildlife has posed a threat to the world’s healthy ecosystems, leading to biodiversity loss and climate change. Additionally, it affects our health systems. The COVID-19 global pandemic is an example of the impact of illegal wildlife trade on human health. According to the U. N. Environment Program (UNEP), 75 percent of all emerging infectious diseases are zoonotic, transferred from animals to humans, facilitated by environmental destruction and wildlife crime.