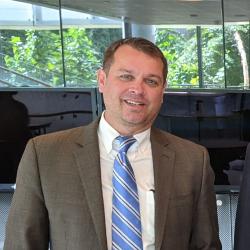 AWF pays tribute today to the UN’s “World Environment Day 2020.” We support this year’s theme of celebrating biodiversity with a renewed call to help end the illegal trade of elephant ivory to buyers in countries in Asia and other parts of the world. The persistent demand for elephant ivory because of its beauty and artistic uses has dramatically reduced the elephant population across the African continent, speeding the loss of a keystone species that plays a critical role in maintaining the biodiversity of natural ecosystems.  We are fighting the demand for ivory in Asia and across the world, educating consumers about the real cost of ivory products and working with governments to close ivory markets. AWF partnered with influencers and celebrities to attract more attention to these important issues.

The multilateral treaty to protect endangered plants and animals (CITES) banned the international trade of ivory in 1989, but not all countries have adhered to the Convention, and there have been peaks and valleys for ivory sales over the past three decades.  Ivory stockpile transactions from African to Asian countries in 2008 is estimated to have killed more than 100,000 elephants between 2010 and 2012 because flooding the market increased opportunity for poachers to mask the sale of illegal ivory.

China’s efforts to ban the sale of ivory in recent years, nevertheless, are commendable. AWF applauds China’s renewed commitment. On May 26, CITES issued a statement announcing that China had continued measures to ban the import of elephant tusks and their products. China’s National Forestry and Grassland Administration will continue strict prohibition of import of elephant tusks and their products. This sets an example for other countries in the region to follow, and they’ve had an undeniable and significant impact on the potential penetration of legal ivory sales into Central Asia.

Many Asian and Southeast Asian countries still contribute to the illegal ivory trade. Prior to the global pandemic, an estimated 20,000 African elephants were still being killed each year for their ivory. And the trade routes for African elephant ivory are still largely flowing to dealers in Asia.

The Coronavirus pandemic poses even greater challenges for wildlife conservation and anti-poaching efforts to prevent an uptick in the killing of African elephants and the illegal ivory trade. During government lockdowns for COVID-19, economies and livelihood are suffocating in community conservation areas from the abrupt end of safaris and wildlife tourism.  Food security is a growing issue in many African countries.  Without the traditional revenue streams to support rangers’ salaries, basic infrastructure and management needs, African elephants and other endangered wild animals, such as rhinos, are at greater risk from poachers.

Since AWF launched campaigns to stop elephant poaching, public awareness around the illegal ivory trade has increased and tolerance for ivory products is becoming more of a taboo.  But we still need your help to raise greater awareness on days like today so that more people can get involved.  Encourage your friends and family members to write lawmakers in their own back yards to take a stand on strengthening the national ivory ban with state-level policies.

The US, China, and the UK all have domestic ivory bans.  Some US states (New York State, California and Hawaii) have state-level bans.  Still, more can be done by governments in Asia and states in the US, and we challenge our supporters to make the difference to help our beautiful African elephants regain a strong foothold in their natural habitats on fertile African ground.