JACKSON HOLE, WY/WASHINGTON, D.C. (October 1, 2021) – The African Wildlife Foundation (AWF) has announced that it is sponsoring the Jackson Wild 2021 ‘Global Voices Award’ as a way to encourage conservation storytelling worldwide. AWF CEO Kaddu Sebunya made the announcement during the Jackson Wild 2021 Summit & Media Awards which honors films and filmmakers. He emphasized the importance of transformational leadership in Africa, and how it creates positive change in front-line conservation areas. Sebunya also said that AWF will expand the groups’ existing partnership program – African Conservation Voices Media Labs – beyond Kenya to include workshops in Rwanda, Uganda, and Zimbabwe.

During his plenary remarks, Sebunya said: “Conservation in Africa has faced one main prevalent problem: "For too long, the stories have been told, but not by Africans. At the African Wildlife Foundation, we aim to shift this narrative by enabling Africans to be behind the camera lens and production line – to tell the story from their eyes. By expanding the African Conservation Voices Media Labs to include Rwanda, Uganda, and Zimbabwe, we can provide a platform for more Africans to own their stories and add the voice and perspective that has been missing from the beginning. We strongly believe that when Africans begin to see more content on nature and wildlife, the conversation will definitely begin to change immensely.” 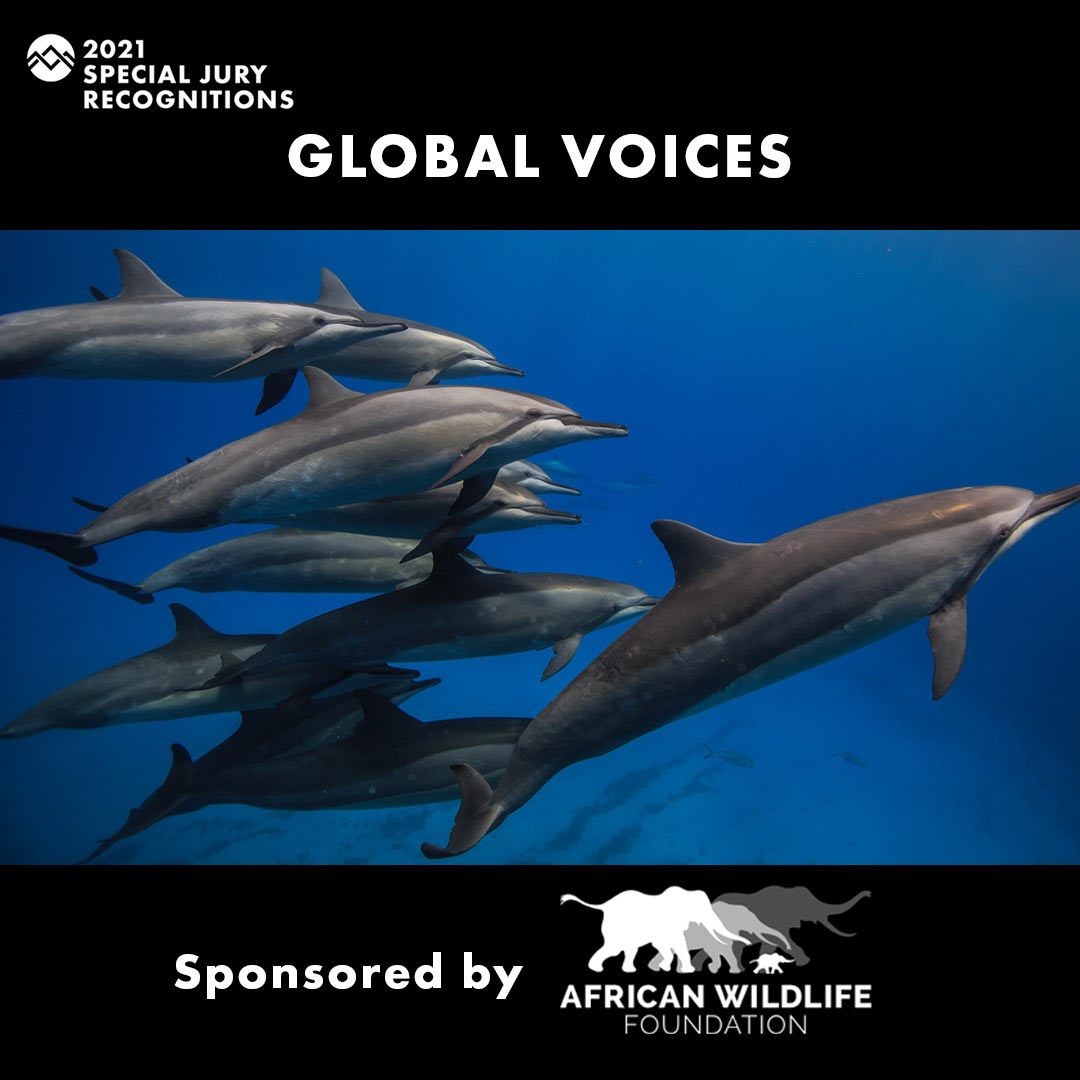 In spring and summer 2021, AWF engaged mid-career storytellers and videographers in Kenya to participate in the inaugural series of African Conservation Voices workshops. In addition to detailed tutorials on conservation models, wildlife research, and visual storytelling, select participants were chosen to develop their film concepts with the help of a stipend for video production in a pre-selected field location. Some participants from the first round are eligible for future AWF production grants, and for an expense-paid invitation to attend the Jackson Wild Summit in the U.S. or in Europe.

AWF Senior Vice President of Development & Public Engagement Lindsay Kosnik said: “There is nothing more important than supporting Global Voices in developing and producing and sharing stories – the storytellers’ unique and important perspectives on the natural world and efforts to protect and restore it. I am so proud to represent AWF here in Jackson this week — as the newest member of the Jackson Wild board, as a sponsor of the Global Voices Award, and as a partner with Jackson Wild in launching African Conservation Voices Media Labs. We look forward to sharing some exciting content from Africa and committed and talented African storytellers next year!”

Speaking from the Jackson Wild Summit Awards Ceremony, Jackson Wild Executive Director Lisa Samford said: “We are pleased to welcome AWF representatives to the Jackson Wild Summit in-person this week, and excited to announce the success of African Conservation Voices Media Labs. Jackson Wild celebrates the power of media to inspire wonder for our living planet and to catalyze change. Stories about conservation connect us to the planet and to each other. This collaborative, multimedia effort between AWF and Jackson Wild’s network will help elevate local voices that bear witness to unique and authentic stories that will result in purpose-driven and sustainable global change."

“AWF’s holistic conservation models are grounded in landscape-level conservation, enhancing effective management of protected areas, and promoting community-led conservation, which is the focus of our panel here today. One way we can raise greater awareness about sustainable, climate-smart farming, land-use planning, and other strategies that support rewilding is through local African storytelling,” he said.