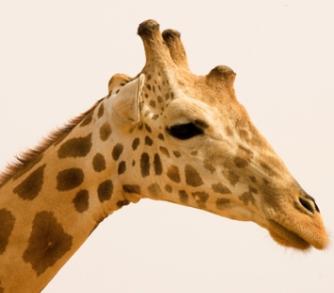 The giraffe herds live outside the park in a “transitional zone” of Parc W–Niger, meaning the zone is not formally protected. The giraffe population shares this land with many villages, and human-giraffe conflict is becoming a pressing issue. Farmers clear land for crop cultivation and as the natural vegetation disappears, giraffes are forced to search for other sources of food, often raiding farmer’s fields. Habitat degradation is exacerbated by locals collecting firewood, which further reduces giraffes’ food sources.

Within the Regional Parc W Heartland, AWF has supported the Association to Safeguard the Giraffes of Niger (ASGN), a nongovernmental organization (NGO) that has worked to conserve the giraffe since 2000, on giraffe censuses.

In June 2012, AWF also trained 15 guides from a local community organization, the Association for the Valorisation of the Ecotourism, to monitor the giraffes. Guides use motorbikes to find and follow giraffes. Using Global Positioning System (GPS) units and cameras, the guides identify and follow a giraffe daily, noting its coordinates and behavior at five-minute intervals.

Sowing the seeds of conservation.

In the most heavily deforested giraffe habitats in the Regional Parc W Heartland, AWF established village nurseries to grow thorn tree seedlings. Communities have replanted thousands of trees, with local women sowing the majority of the seeds.