Before African alpine bamboo grows into the tall, verdant stands clustered across high mountain forests, it starts off as a fragile shoot from a seed so tiny that it is invisible to the naked eye.

The young plants of Yushania alpina, ranging from 2-10 centimeters in height, are known as wildings. Twenty thousand of these shoots have been collected from Kenya’s Aberdare Range, raised in a holding nursery there until they were strong enough to be flown to a special bamboo nursery in Kinigi, Rwanda.

Smallholder farmers make up more than 60 percent of sub-Saharan Africa’s total population, according to a 2019 McKinsey & Company report. These small-scale producers own less than five hectares each, but collectively hold most of the arable land in the region. Investment in this sector will undoubtedly increase productivity, which experts signal as the “biggest growth driver” and the answer to food insecurity.

USAID extends help from the American people to achieve results for the poorest and most vulnerable around the world. It invests in ideas that improve the lives of men, women, and children by activities such as agricultural productivity, combating deadly diseases, fostering private sector growth, and much more.

Reason #70 to get involved

African Wildlife Foundation in partnership with the Government of Rwanda and Rwanda Development Board has expanded Africa’s oldest park for the first time in 30 years.

The 27.8-hectare of donated land is adjacent to Volcanoes National Park and is the narrowest part of the park in an area where endangered mountain gorillas often wander across the park boundary, which increases the risk of human-gorilla conflict and the danger of exposure to deadly disease.

The Virunga Massif is a vestige of Central Africa’s tropical biodiversity but myriad threats are placing the region’s critical ecosystems and species at risk. Spanning Rwanda’s Volcanoes National Park, Mgahinga Gorilla National Park in Uganda, and the Democratic Republic of Congo’s Virunga National Park, the massif is home to the endangered mountain gorilla, one of the world’s largest and most threatened primates. Though their habitats are secured within national parks, these great apes have historically been killed by poachers and threatened with human encroachment into protected forests as civil strife uprooted the landscape.

In the early 1980s, mountain gorilla numbers in the Virunga Massif area (not including the Bwindi Impenetrable Forest populations) were as few as 230 individuals.

Within its modest acreage, Rwanda’s Volcanoes National Park packs five of the eight volcanoes that make up the majestic Virunga Mountains, a haven for the critically endangered mountain gorilla. Families of this great ape are scattered across the transboundary mountain range between Rwanda, the Democratic Republic of Congo, and Uganda — but more than half are found in Volcanoes.

With fewer than 300 mountain gorillas remaining in the 1980s, the birth of a baby was a huge victory for the rangers and conservation experts dedicated to protecting this critically endangered great ape in its natural habitat. They bestowed the newborn mountain gorilla with a name inspired by the circumstances of the birth, mirroring an age-old naming tradition embedded in Rwanda’s cultural tapestry. 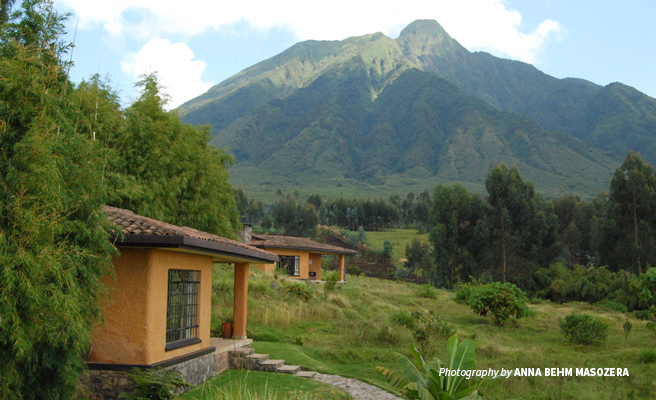 Encompassing diverse ecosystems, Africa’s network of protected areas is home to rare species facing a combination of threats — habitat conversion, poaching, and bush meat consumption are just some of them. While the challenges vary across landscapes, many national parks and reserves struggle to meet their budgetary needs. The financial shortfall is vast — according to McKinsey Group, the budget gap is estimated upwards of $1.7 billion annually for all developing nations. Uganda, for example — despite being one of the top 10 most biodiverse countries in the world —  has a $15 million funding gap for protected area management. 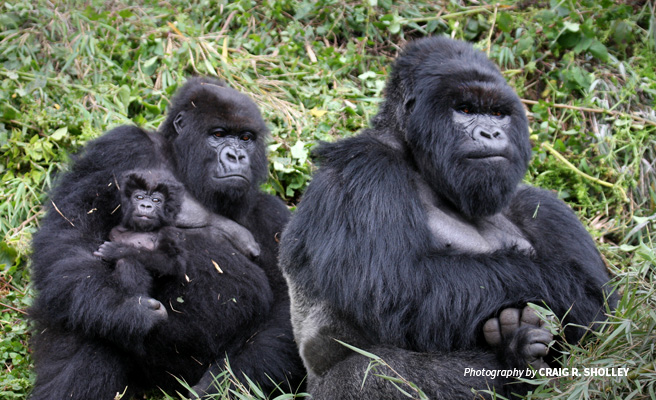 As the only great ape species experiencing a population rise, the mountain gorilla’s recovery is an undeniable conservation success story. But the unprecedented growth poses a challenge for its habitat in the Virunga Mountains: can it sustain the future of this critically endangered species in a rapidly industrializing Africa?