What is a jackal?

The three species differ mainly in color and choice of habitat. The sandy-colored golden jackal prefers open, grassy plains, while the side-striped jackal lives along waterways with dense undergrowth and is drabber in color, has a white tip on the tail, and had indistinct stripes along the sides of the body. The black-backed jackal is recognized by the mantle of black hair on the back that contrasts with the rust-colored body. The tail is black­-tipped, as is that of the golden jackal. The black-backed jackal is usually the most frequently seen, as it is more diurnal than the other two species.

Increased habitat loss due to human population growth and resulting expansion of roads, settlements, and agriculture threatens the jackal. The livestock rearing and farming conducive to jackal and wildlife survival, are now being replaced by industrialization and unsustainable agricultural practices.

Human-wildlife conflict is a growing threat.

As habitats are lost, jackals are increasingly infringing on human settlements, where can be viewed as a danger to livestock and poultry and be killed as pests. They are also often persecuted as rabies transmitters.

Our solutions to protecting the jackal:

African Wildlife Foundation works with pastoralist communities to develop appropriate preventative measures that prevent loss of livestock. In Tanzania, AWF is building bomas for communities living in close proximity to carnivores. Bomas are predator-proof enclosures where livestock are kept to prevent attacks. By taking proactive steps, we are able to prevent both livestock and carnivore deaths.

Key Landmarks
Save land for wildlife.

AWF engages local communities to set aside land for wildlife to live undisturbed. In the Laikipia region of Kenya—which has no formal protected areas—we brought the Koija community together with a private operator to construct the Koija Starbeds Lodge. Koija Starbeds creates jobs and income for the community members. The revenue is also reinvested into the community and into conservation, and the land is protected for wildlife. 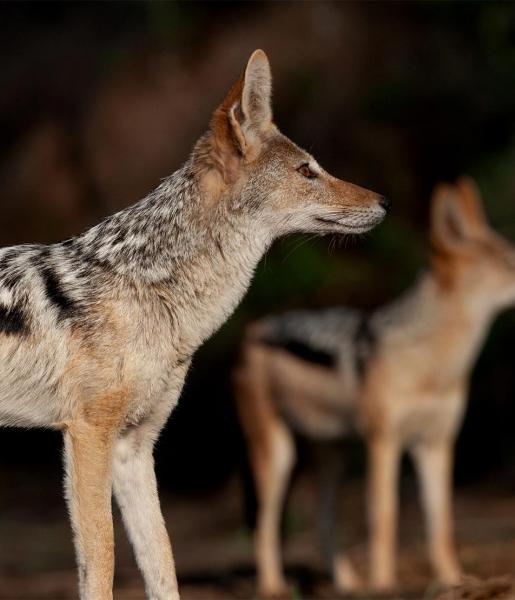 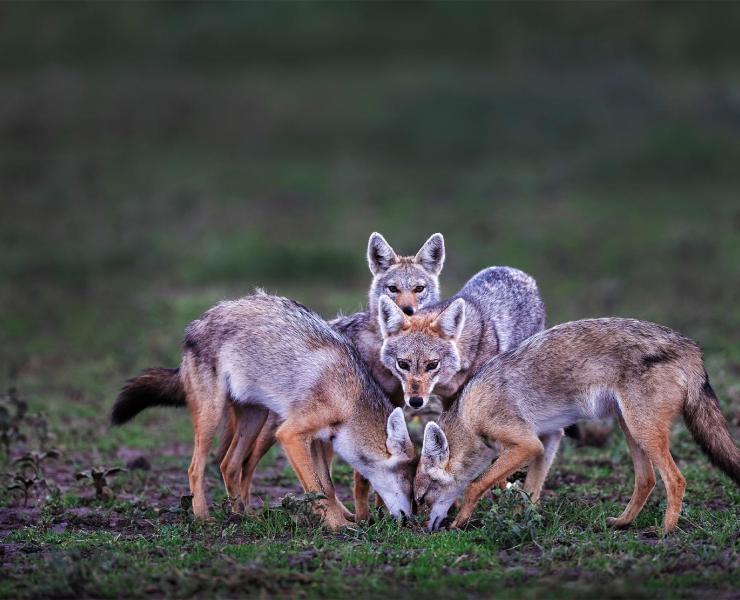 They usually live singly or in pairs but are occasionally found in loose packs of related individuals where their behavior is highly synchronized. They are among the few mammalian species in which the male and female mate for life. Mated pairs are territorial, and both the female and male mark and defend their territory.

Litters average two to four pups. It takes about ten days for the infants' eyes to open, and for the first few weeks of life, they remain in the thickets or holes where they were born. At about three weeks old, they begin to spend time outside playing with their littermates. At first, the games are clumsy attempts at wrestling, pawing, and biting. As they become more coordinated, they ambush and pounce, play tug of war, and chase each other. The mother changes den sites about every two weeks, so the young are less likely to be found by predators.

Jackal pups are suckled and fed regurgitated food until they are about two months old. By six months, they are hunting on their own.

Sometimes pups will stay with their parents and help raise their younger siblings. Most jackal pup deaths occur during the first 14 weeks of life, so the presence of helpers increases the survival rate.

They are cooperative, cunning hunters.

Jackals can best be described as opportunistic omnivores. They cooperatively hunt small antelopes and also eat reptiles, insects, ground-dwelling birds, fruits, berries, and grass. They will pick over kills made by large carnivores and even frequent rubbish dumps in pursuit of food.

Where do jackals live? 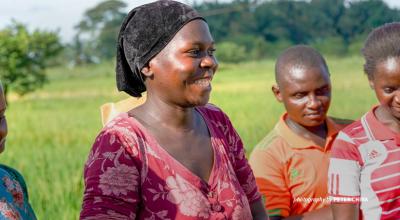 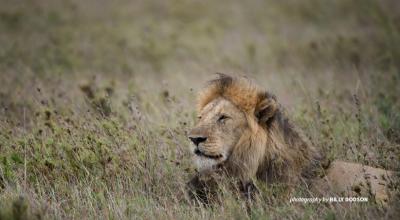