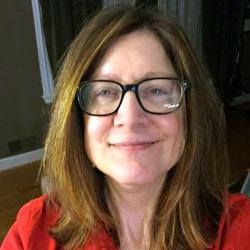 The world’s most trafficked mammal may vanish before many people have ever heard of it. The pangolin, a shy and scaly animal, resembles an armadillo and is found in both Africa and Asia. All eight species, four found on each continent, are decreasing in population and are at risk of extinction.Pangolins have seen a rapid decline in their population in the last several decades. In areas of accelerated human population growth, habitat loss is a grave threat for pangolins. Poaching also is a dire threat: Pangolins are slow-moving and will roll themselves into a ball if they feel threatened — making them easy targets. Their armor-plated scales can cut and inflict serious wounds on a lion, leopard, or hyena — but are no match for a weapon-wielding human. Poachers simply pick pangolins up and drop them into a bag.

Pangolins are the most trafficked mammal in the world — poachers kill as many as 2.7 million African pangolins every year. Although pangolins are a protected species in China, there is a thriving black market for pangolin meat and especially for scales, which account for 20 percent of body weight. The scales are in high demand for use in traditional Chinese medicine. People believe the scales cure arthritis and cancer, promote breast-feeding for lactating mothers, improve poor circulation, and even enhance male vitality — despite no scientific backing for any of these “cures.” In fact, pangolin scales are made of keratin — the same material in human fingernails.

In a January 2019 bust, officers found 8 tonnes of pangolin scales — estimated to come from more than 14,000 pangolins — and over 1,000 elephant tusks at a Hong Kong customs facility. The contraband was concealed under slabs of frozen meat on a cargo ship headed towards Vietnam. The cargo ship originated from Nigeria, and the illegal goods were valued at almost USD$ 8 million; it was the largest wildlife product seizure ever in Hong Kong. Authorities arrested a 39-year-old owner of a Hong Kong trading company and his 29-year-old employee in connection with the crime.

Nearly 12 tonnes of pangolin scales were seized in Singapore in April 2019 — representing 36,000 killed pangolins. A 40-foot container labeled as “frozen beef” was on its way to Vietnam from Nigeria before Singapore customs flagged the suspicious shipment. The scales were packed in 230 bags alongside almost 400 pounds of carved elephant ivory. The total shipment was worth an estimated USD $38.7 million. 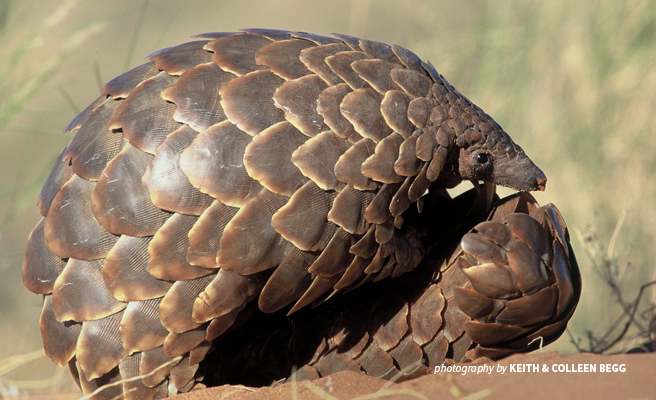 In 2016, pangolins were finally given the highest level of protection under the Convention on International Trade in Endangered Species (or CITES), moving from Appendix II to Appendix I. On January 2, 2017, the listing went into effect, banning the commercial trade of all eight pangolin species and their parts.

But implementation is another story. Currently, just 17 pangolin-range states have enacted legislation that meets CITES requirements; 31 states have not. Increased law enforcement is required at all points of the illegal trade to help save the pangolin. Furthermore, governments must disrupt the demand by dispelling the myth that pangolin scales contain healing properties.

AWF has several different strategies to protect pangolins. In Africa, we seek to raise awareness and reduce demand via community-based programs that sensitize people to the long-term costs of poaching. We also help to create sustainable livelihoods as alternatives to bushmeat hunting. In addition, our Canines for Conservation program places highly trained detection dog-and-handler units at transportation hubs, border areas, and other hotspots across Africa to help deter poaching. In China, AWF has partnered with WildAid, the Beijing Zoo, and the Shanghai Zoo to help raise awareness about endangered species, including the pangolin.

The more we can share facts about the grave threats facing pangolins and encourage governments to denounce the killing of pangolins, the greater the chances of survival for this unusual species. We must persuade the government to officially renounce the use of pangolin scales and do so quickly — before it is too late for the gentle and elusive pangolin.