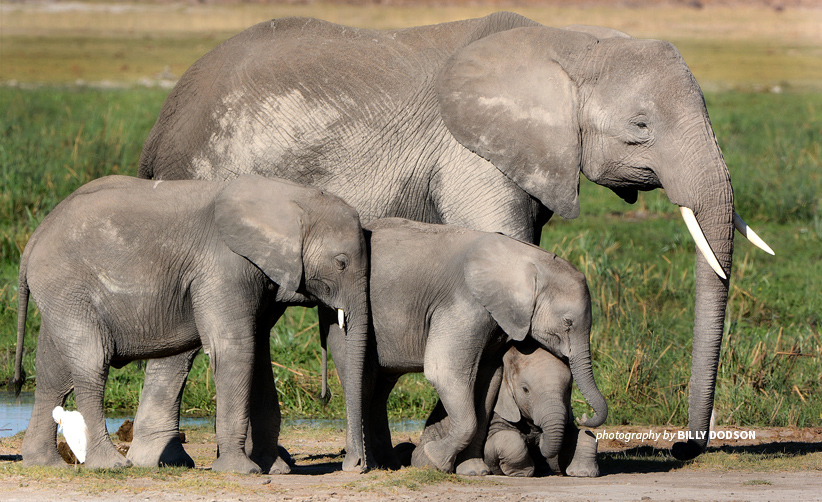 The Convention on International Trade in Endangered Species of Wild Fauna and Flora (or CITES) is meeting in Geneva, Switzerland from August 17-28, 2019. African Wildlife Foundation’s Vice President, Species Conservation and Science Dr. Philip Muruthi has attended every meeting of the Conference of the Parties to CITES since 1997. He explains why bringing together wildlife range States, wildlife conservation organizations, and community groups from across the world is so important for the sustainable conservation of Africa’s wildlife species.

What is the ecological value of monitoring the trade of wild species?

If wildlife trade is managed badly, it is detrimental to the long-term survival of species. Even before the 1960s, people had noticed that legally traded plant and animal species were diminishing because trade was occurring at volumes that could not be sustained. With time, it became clear that unregulated trade could potentially become a major threat to species, and even lead some to extinction. CITES was discussed in Washington D.C. in 1973 by 80 countries and came into force two years later. There are now 183 member States (referred to as ‘Parties’) that have signed the international agreement and 35,000 species monitored through the convention. A signing Party has the onus to follow CITES — they join the convention voluntarily and they make a commitment to adhere to its provisions. Regional organizations, including wildlife conservation NGOs like AWF, also participate in CITES. They play a critical role in the convention as ‘Observers’ although they do not get a decision-making vote, which is a function left to Parties only.

At the inception of CITES, most populations of species were greater than they are today. Human populations have increased since then, and there are more threats now, particularly facing African wildlife. There are less than half of the elephants today than existed when CITES was enacted. Despite the international ban on the trade in elephant ivory instituted by the convention in 1989, demand for ivory is still a significant factor impacting elephant populations, and the trafficking of these products is still widespread. While some progress has been made in the last two years to reverse rates of illegal wildlife killing, we are yet in a poaching crisis. Moreover, regulating the legal trade allowed under CITES regulations has met challenges; there is no way of telling apart legal ivory from the illegal once it has hit the market. Traffickers take advantage of this, and we are finding that poaching escalates. This is why AWF is calling for no international trade and the shutting of domestic ivory markets. Already, many elephant populations across the continent are threatened by habitat loss and fragmentation as well as human-wildlife conflict. We must all unite to halt the threat of poaching. 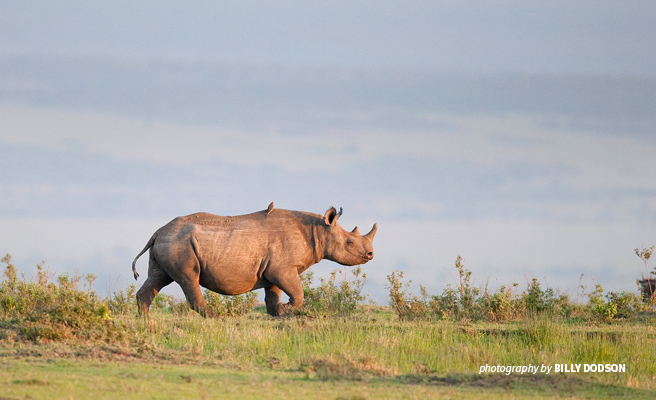 Although CITES regulates trade, it is a science-based convention. It categorizes various plant and animal species based on their levels of endangerment. The most severely affected species faced with the risk of extinction are listed in Appendix I, under which all international trade for commercial purposes is prohibited. Species in Appendix II are not close to extinction, but trade is monitored to ensure that it does not become a threat. The two appendices are the most important. If a party proposed to upgrade a species to Appendix I, it has to meet certain scientific criteria to justify the trade restriction. Is trade associated with declines in population? Has the species shown decline within the last three generations? Is it endangered in the wild? This is what other Parties will be looking for before accepting or rejecting the proposal.

Every two to three years, the convention meets at the Conference of Parties to amend appendices and, importantly, assess CITES mechanisms and operational frameworks to ensure the convention is working towards the reason it was established — conserving species sustainably; ensuring that trade is not detrimental. Fifty-seven proposals and 104 supporting documents have been submitted for consideration at 18th meeting in Geneva. All Parties have access to these materials before the meeting, and observers assess the proposals and make recommendations to the CITES Parties. As voting members, Parties speak first but Observers can signal their willingness to contribute to the discussion. If a proposal does not pass in the plenary sessions, it is subjected to a vote; in some cases, even by secret ballot. Whenever a proposal is passed, there is a need for follow-up action — the secretariat will begin to put in the necessary licensing mechanisms, permit requirements, and quotas. Also, working groups are formed to move things forward, and observers like AWF and other non-voting members from civil society groups are welcome to join. Members work closely with the Secretariat to evaluate the various relationships between CITES and other multilateral treaties like the Convention of Biological Diversity, the Convention of Migratory Species, communities, and the private sector.

What challenges do range States face in managing the trade of their wildlife populations?

Data that proves the detriment of unregulated trade is so important in CITES but many range States lack the capacity to determine the wildlife populations of some species let alone relating trade to population status and trends. It is difficult for range States to manage that which they do not know. A non-voting member like AWF can help Parties to get the best scientific information so they can judge the levels of endangerment and assess the association with trade and a species’ population status. Without this technical and financial capacity, Parties struggle to use CITES properly as a mechanism for wildlife conservation. Looking at the factors driving population declines comprehensively, we know that trade is not the only one; there are various urgent threats facing African wildlife. We have to save habitat. We also have to prevent wildlife from being killed in retaliatory attacks while others die from disease due to increased interaction with humans. We also need to get some wildlife out of a poaching crisis. Listing a species on a CITES appendix does not mean that it is going to be safer; implementation is very important, and it depends on a continental strategy for Africa’s most threatened wildlife species. 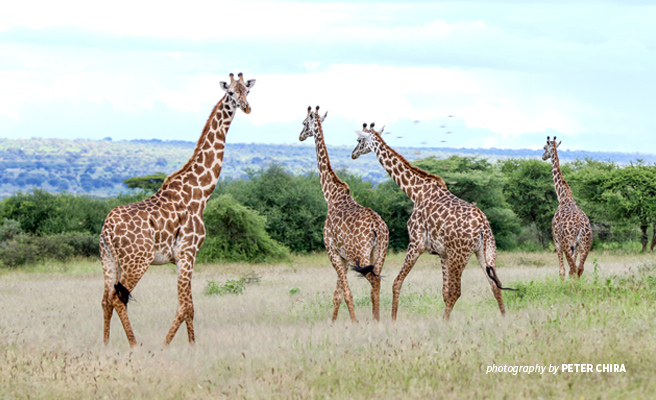 Giraffe parts are traded internationally as trophies, and most subspecies across Africa face other threats

How else does AWF contribute to the conservation of wildlife species through a multilateral agreement like CITES?

Collaboration between African countries is critical because a lot of the continent’s wildlife species are transboundary as are key threats like poaching and trafficking. The aim of African conservationists and governments is to conserve viable and functional populations of wildlife species — this is common across the board. Using ivory trade as an example, both advocates for trade and the non-advocates are thinking of the good of the elephant. A party proposing to lift trade restrictions intends to finance elephant conservation with the revenue; meanwhile, a party arguing that sending ivory into the market would affect their ability to conserve elephants elsewhere is also thinking of the good of the elephant.

AWF champions the African voice for wildlife — we are saying that Africans must speak and act for wildlife. Africans have to have a common voice for wildlife and wild lands to survive in a modern Africa. A very important role that AWF can play is getting African range States to speak with one voice to help bridge the divide and align their different interests. Countries could walk out of the convention if they feel that non-advocates for trade are infringing their rights and their country sovereignty — this division is not good for the continental herd of elephants and we must avoid it.

As a mechanism for conservation, CITES decisions are quite important. The transfer of all species of pangolin — which is the world’s most trafficked mammal — to Appendix I at the previous CITES Conference of Parties in 2016 held in Johannesburg was a big win for the species and the convention itself. It sent a clear, unambiguous message that international cooperation can save threatened wildlife species before it is too late. Addressing trade should always be within a framework that includes other key threats to species, including habitat loss and fragmentation.