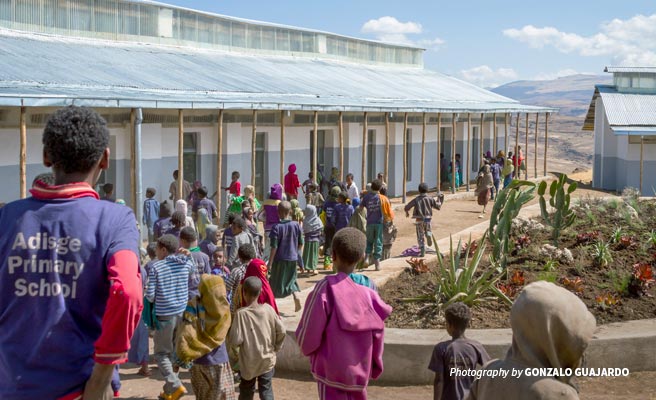 Education is not only a systematic approach to gaining knowledge, but it is also a source of empowerment. The unfortunate reality is a high percentage of individuals in rural Africa do not have access to a quality education and are being left behind. The highest rate of out-of-school children exists in sub-Saharan Africa — 9 million girls and 6 million boys between the ages of 6 and 11 will never attend school. Marginalization consistently impedes the education of female and rural students in Africa.

While African governments are taking steps toward advancing the quality and accessibility of education, there is still room for improvement. Enrollment rates for primary and secondary students are steadily increasing; however, performance levels are dropping. Schools are unable to keep up with the influx leaving a shortage of quality teachers. 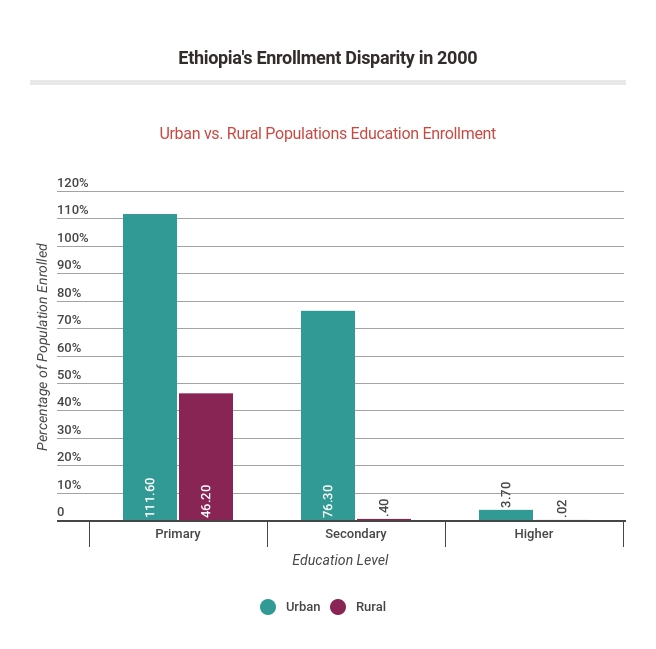 The power to change the world lies in education. African Wildlife Foundation (AWF) aspires to realize this goal in Adisge, a rural community located adjacent to the Simien Mountains National Park.

The park, with its jagged peaks and deep valleys, is home to the rare walia ibex, the gelada monkey, and the Ethiopian wolf, the most threatened canid in the world. Simien Mountains National Park is now one of the landscapes AWF supports through its Classroom Africa program. Through this initiative, AWF rebuilt Adisge Primary School from what was once a rundown local community school into a brand new primary school campus, providing long-term support in exchange for the community’s commitment to conservation. 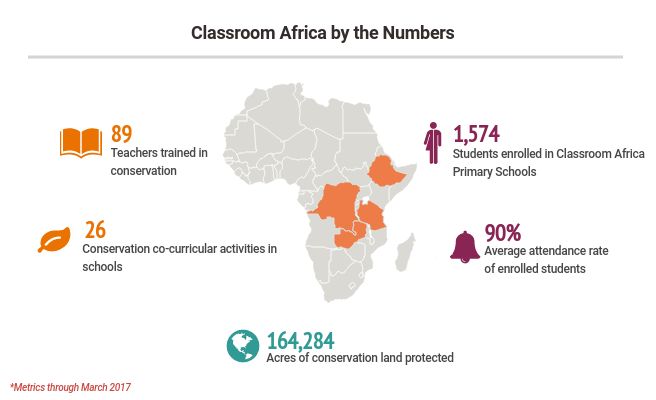 In cooperation with the Ethiopian Wildlife Conservation Authority (EWCA), AWF’s interventions in the Simien Mountains National Park — Adisge Primary School as well as tourism ventures and park ranger training — in part, helped rehabilitate the protected area and contributed to its recent removal from the World Heritage Site in Danger list. AWF’s engagement with Adisge was contingent on the community’s cooperation with the EWCA to restrict livestock grazing within the park. Due to their commitment, Classroom Africa has helped the community gain access to quality education.

Before AWF’s support, Adisge accommodated grades 1 through 6 only. The closest school offering a full primary education up to grade 8 was 12 kilometers away, which was prohibitively far for students to complete their primary education. In 2014, less than 40 percent of enrolled students finished primary school in Ethiopia. In 2000, not even 1 percent of rural students enrolled in secondary school, whereas 76 of urban students enrolled did.

The new Adisge Primary School has been built to accommodate students through primary school in its entirety (grades 1-8). This expansion should be a significant factor in improving access to quality education and providing students a better opportunity to graduate from primary school and continue to their secondary education.

Due to the rural locale of the school, retaining quality teachers at Adisge has been a challenge. Adisge Primary School now comes with four teacher housing blocks with two units per block allowing eight teachers to live on-site full-time. Since the closest urban area is a 90-minute drive through the national park along bumpy roads, providing housing for academic staff helps attract and retain quality teachers. 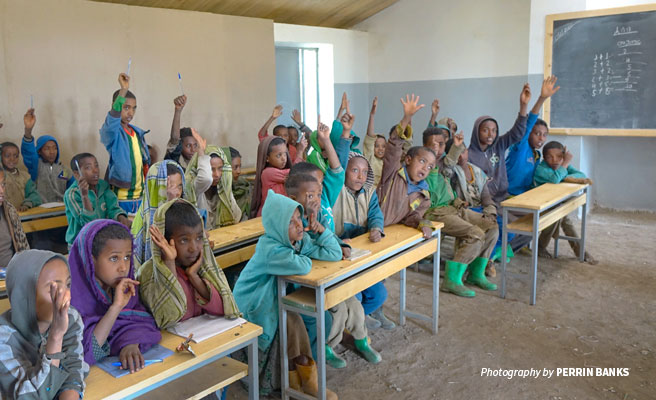 Though the majority of classrooms have a textbook shortage, with more than two students sharing a textbook, Adisge will soon provide educational learning tablets preloaded with content from some of the world’s leading publishers. The technology will supplement existing resources while also turning the classrooms into digital learning spaces.

With the installation of solar power, the school and community no longer lack access to electricity, a common problem for rural communities through Ethiopia. In sub-Saharan Africa, 58 percent of people do not have access to electricity at home. At Adisge Primary School this will not be an issue.

Classroom Africa strives to expand conservation efforts in communities within or adjacent to critical habitats. By improving educational environments and by developing a more formal conservation education program, Adisge Primary School is empowering Africa’s conservation leaders of the future.

Perrin is the Senior Manager of AWF’s Classroom Africa program, ensuring effective implementation and management of all Classroom Africa projects. She also served as a Program Design Officer for AWF prior to her current role. Perrin earned her BA in environmental studies from the University of Colorado Boulder, and her M.Sc in climate change and development from the University of Sussex.