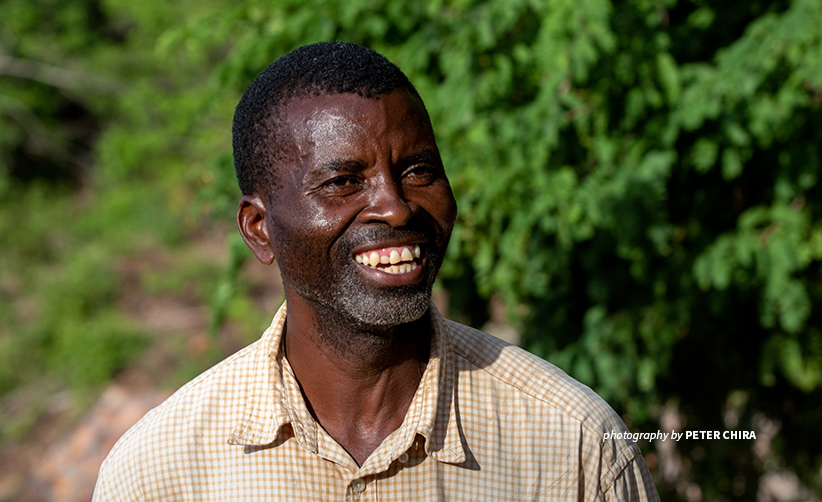 “Do you have a favorite animal?” I ask Jealous Alafai, a 52-year-old Zimbabwean fisherman along the Zambezi River.

He chuckles and says, “Of course I do!”

“The elephant, because it is my totem.”

“In our culture, we don’t eat our totem animals. In fact, we respect them.”

This is just a glimpse of the unique relationship that the Shona people of Zimbabwe have with animals. Totems are special objects — commonly animals and plants — that represent a family or society. Among the Shona, these emblems are sacred and serve as a reminder of a clan’s history and ancestry. For the Shona, totems exist not only to identify clans but also as a way to govern relations. For instance, people who share the same totem are not allowed to get married or have intimate relationships because they are believed to share a common ancestor.

The elephant, known in Shona as Nzou, is not the only animal emblem in Alafai’s culture. Other common totems include the eland, known by its totemic names Mhofu Yemukono or Musiyamwa, and the zebra (Mbizi or Tembo) as well as the monkey (Soko), the crocodile (Ngwe), and the hippo (Dziva). Some clans use the lion as their totem, while others use the mouse, known by the variants Mbeva, Hwea, or Katerere.

It is perhaps this special connection to animals that has turned Alafai into an enthusiastic conservation champion even though he does not work directly with wildlife.

Alafai has been fishing the Zambezi River for over eight years now. In that time, he has seen poachers use the waterway to transport wildlife trophies or products and other contraband, contributing to a thriving transboundary illegal wildlife trade. 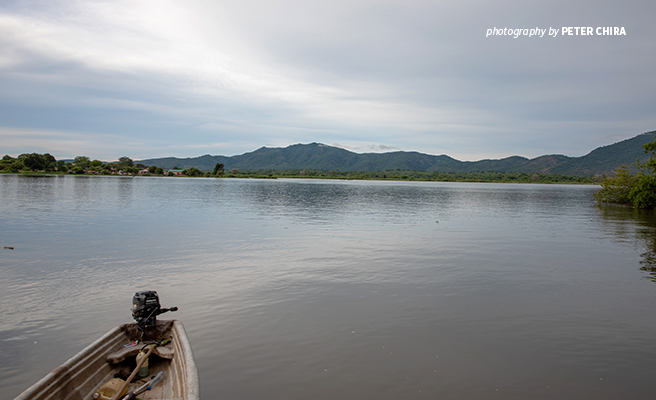 Because so many protected areas that host Southern Africa’s great abundance of wildlife also lie along the river, the Zambezi has earned a reputation for giving poachers and traffickers a quick getaway from the long arm of the law. The river forms a natural boundary between Zimbabwe and Zambia, while also snaking its way through Botswana, Namibia, and Angola. This makes it a perfect physical barrier against law enforcement — poachers cross the Zambezi into the next country, therefore, dodge pursuit. The intricacies of differing laws and regulations among countries further hamper the prosecution of wildlife crimes.

Recognizing this complex set of circumstances, African Wildlife Foundation, with support from the European Union, is working with both Zambia and Zimbabwe fishing and wildlife authorities to enlist fishers on the Zambezi into the fight against illegal wildlife trade.

“Conservation is all about preserving wildlife and making sure that we don’t end up with no wildlife at all, said Alafai.” “As fishermen, we report poaching activities to the authorities. We help to monitor activity in this river and keep an eye out for people transporting ivory and other wildlife products.”

With this intelligence from fishers, local authorities are able to identify and go after offenders. This system has been so effective that the very presence of fishermen in the river is a deterrent for poachers.

Bigboy Chinembiri is a fisher on the Zambezi too, and he has been doing it for over 10 years now. With income from the business, the 36-year-old is able to support his wife and three children, as well as other members of his family.

The Zambezi — with its breathtaking views of golden sunsets reflected on the smooth surface of the water and its rocky banks dotted with trees — the Zambezi looks like a boater’s paradise. Indeed, a booming tourism industry is thriving on both the Zimbabwean and Zambian side of the river.

For fishermen trying to eke out a living from the river, however, there are numerous difficulties that stop them from making the most of the Zambezi and its resources. 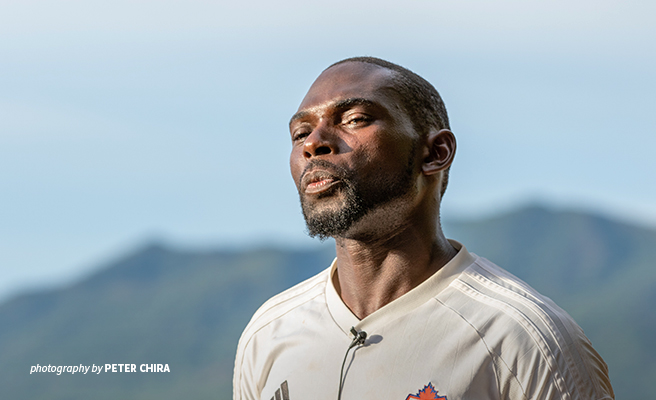 “Some of the challenges that we are facing are that we don’t have sufficient boats or other types of equipment including fishing nets or storage facilities. We have also experienced low catches due to overfishing which leads to low sales and inconsistency in what we are able to take home at the end of the day,” said Chinembiri.

In 2008, AWF stepped in to address these challenges, mobilizing funds to acquire boats for the fishermen as well as to build a storage facility with coolers and solar panels where fishermen could store their fish before it went to the market.

Although the facility is no longer in use, AWF is hopeful that fresh funding will revive it and ensure that fishermen remain on the Zambezi. According to AWF’s Community-based Natural Resources Management Officer Collen Matema, the future of both conservation and fishing in the area looks bright.

“We are glad that the community has such a close relationship with the natural resources here. They recognize that conservation is beneficial, both as a source of income for the community and as a way to ensure that future generations enjoy these resources. We are happy to contribute to that by making fishing sustainable and helping the community,” he said.

His totem animal is the baboon (Mukanya).