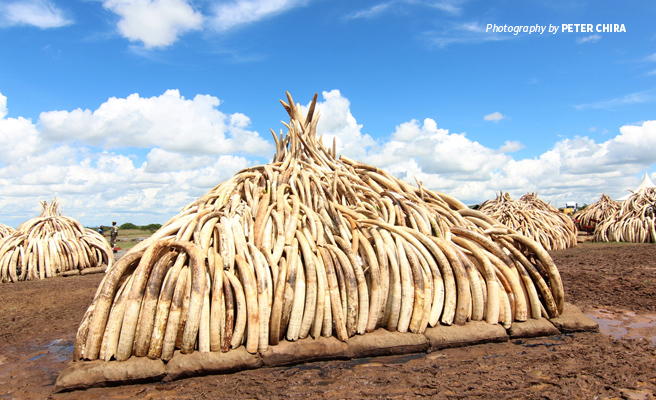 The shutdown of ivory sales on Rakuten-Ichiba, one of Japan’s largest e-commerce platforms, in August 2017 blazed a trail for other online shopping sites selling and auctioning ivory. Some mall retailers even revised their policies to close shops trading ivory, but few online shopping sites have taken the same path as Rakuten — most notably Yahoo! Japan. Now the country’s biggest online marketplace for various ivory products — including whole elephant tusks — Yahoo! Japan supports the country’s booming domestic market, with up to US $27 million worth of ivory put up for sale in the last 10 years. While the e-commerce giant has made some attempts to monitor the ivory items sold on its sites, dealers are still taking advantage of Japan’s lax trade laws.

In Japan, ivory tusks must be registered before a sale, but the process has remained dangerously lenient. Owners do not need to provide verifiable proof of how, where, or when the elephant tusk was acquired. This means that even if it was obtained after the CITES 1989 international ivory trade ban and therefore illicit, the tusk can easily slip into Japan’s legal domestic market.

Worryingly, registration is required for tusks only — other ivory items are traded regardless of origin and acquisition. Since these products are regulated if owned by a commercial entity, many dealers on shopping or auction sites identify as individuals rather than businesses. The registered tusks are not marked or physically inspected, leaving retailers with few ways of determining whether it belonged to a poached elephant before it ended up on their sites or shelves. 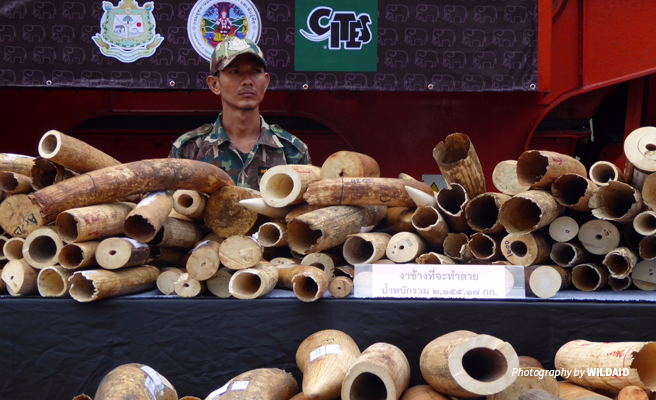 In the wake of China’s recent domestic ivory ban, the Japanese government has yet to tighten its ivory trade controls categorically. Despite being the top ivory consumer, China adopted the resolution at the 17th CITES Conference of the Parties one year prior calling for the closure of all ivory markets that contribute to the illegal trade. Hong Kong has also pledged to close its domestic market by 2020.

In June 2017, Japan increased penalties for non-compliance and mandated the registration of whole tusks owned by an ivory business. However, these amendments to its Law for the Conservation of the Endangered Species of Wild Fauna and Flora do little to limit illegal ivory trade within the domestic market.

According to a 2017 TRAFFIC survey monitoring ivory trade on Yahoo! Japan’s auction site, the value of ivory products rose over the last three years. Criminal syndicates linking ivory from Japan to regional consumers smuggle these products, feeding black markets in China, Hong Kong, and Vietnam. Between 2010 and 2012, one such syndicate trafficked 3.2 tons of ivory from Japan to China — all of which was obtained through Yahoo’s online shopping site.

Without a streamlined ivory ban extending across consumer countries, Africa’s elephants will remain victims of this illegal wildlife trade.

Add your name: Urge the Japanese government to close its ivory markets for good