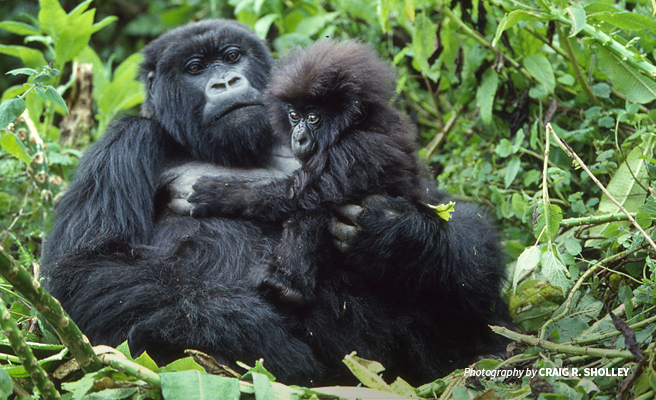 With fewer than 300 mountain gorillas remaining in the 1980s, the birth of a baby was a huge victory for the rangers and conservation experts dedicated to protecting this critically endangered great ape in its natural habitat. They bestowed the newborn mountain gorilla with a name inspired by the circumstances of the birth, mirroring an age-old naming tradition embedded in Rwanda’s cultural tapestry.While giving baby mountain gorillas a unique identity assisted researchers to monitor each individual in its family group, the newly named gorillas were also a prized symbol of Rwanda’s success in conservation. Starting in 2005, the ceremony dubbed Kwita Izina — or “to give a name” in the national language of Kinyarwanda — became an annual event open to the public. By 2011 attendance grew to over 7,000, and the event soon evolved into a week-long celebration of conservation-centered conferences and tourism-based exhibitions culminating in the gorilla naming ceremony.

Bringing together leading global authorities on biodiversity protection, community stakeholders, and high-profile personalities, Kwita Izina is now a showcase for successful mountain gorilla conservation and its benefits to the local economy and community livelihoods. This year’s celebrations are themed around conservation and sustainable tourism, a high-value sector which Rwanda continues to transform with community-driven initiatives. 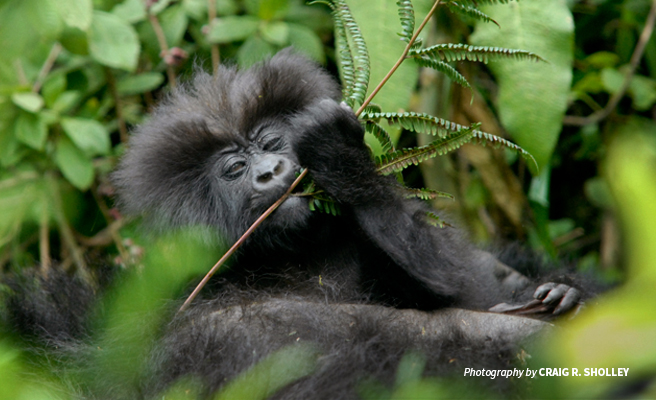 Newborn gorillas are a symbol of hope

Since the first official Kwita Izina, 258 mountain gorillas have passed through this rite of passage. In 2008, AWF’s former CEO Patrick Bergin had the honor of naming one of the newborn gorillas. He called her “Sacola,” in honor of the AWF partner, the Sacola community trust, which owns Sabyinyo Silverback Lodge. AWF developed the partnership between the community and a private-sector operator to construct the lodge, which opened in 2007. The lodge is based on gorilla tourism and promotes wildlife protection by linking conservation to jobs and other benefits to community members.

One of the baby mountain gorillas was even named “Inkingi,” meaning pillar, a nod to the immense value of this endangered great ape to Rwanda’s tourism industry. At the same ceremony, the equivalent of “Visit Rwanda” was a name for another newborn. Over the years, many of the infant mountain gorillas have been given symbolic names that capture their strength to survive. “Umuhate,” which translates to bravery in Kinyarwanda, was named at the 13th Kwita Izina ceremony alongside another young gorilla called “Kwigira,” meaning self-reliance.

No matter what the name, the overarching message throughout Kwita Izina’s history remains one of hope and prosperity. Kura, which means to grow, was the name given to a baby mountain gorilla in 2016, auguring a safe future for the critically endangered species. Five years prior, the global number stood at 880. The latest census shows that their total population has surpassed 1,000, representing the largest number of mountain gorillas ever recorded in the Virunga Mountains, a transboundary habitat spanning the forested highlands of Uganda, Rwanda, and the Democratic Republic of Congo.

With more than half of this population habituated in Rwanda’s Volcanoes National Park, Kwita Izina honors the newborn mountain gorillas to celebrate a win for intensive conservation over the years and plan for a bright future as the species recovers.

Craig's experiences with wildlife and conservation began in 1973 as a Peace Corps volunteer in Zaire. As an L.S.B. Leakey grant researcher in the late 1970s, Craig studied mountain gorillas with Dian Fossey and, in 1987, became director of Rwanda's Mountain Gorilla Project, of which African Wildlife Foundation was a sponsor. Craig has acted as Scientific Advisor for the award-winning IMAX film, "Mountain Gorilla," and with National Geographic, he surveyed the conservation status of mountain gorillas in the aftermath of Rwanda's civil war. Craig’s direct involvement with AWF began as a Senior Associate and member of AWF’s Board of Trustees. He became a full-time employee of AWF in 2001 and now serves as the organization's Senior Vice President.