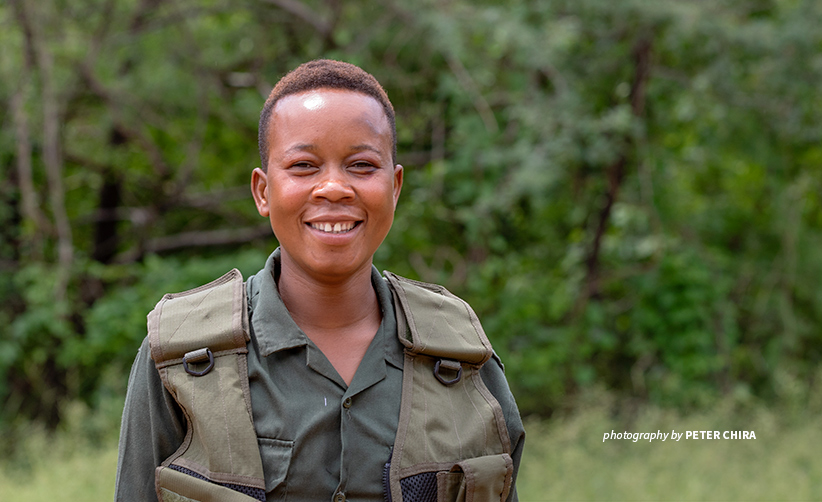 What do millennials want? How can we run institutions that millennials actually want to work in? Why are millennials killing industries and traditions? Is avocado on toast really the defining millennial cuisine that we have been led to believe it is? As the millennial generation comes into its own, this discourse has in wide brushstrokes painted a picture of a selfish, entitled generation that does not pull its weight and demands special treatment. But this is an erroneous generalization that conveniently glosses over another emerging trend: millennials are far more environmentally conscious than the generations that came before them.

And this trend is not only true of placard-waving, vegan-preaching, recycling ambassadors in the world’s largest metropolises, it is also true of millennials in remote African villages who have dedicated their lives to caring for the environment.

In the village of Angwa in Mbire District, northern Zimbabwe, 30-year-old Edith John spends her days keeping the peace between human beings and wildlife. She is one of the community wildlife scouts employed by the Rural District Council — and mentored by African Wildlife Foundation — to protect wildlife while also ensuring that the interactions between wild animals and people are safe and mutually beneficial.

She goes on patrols with other wildlife scouts to keep poachers out of protected areas, responds to human-wildlife conflict incidences, and takes a leading role in educating her community about the benefits of environmental conservation. It is a physically and mentally demanding job, involving long days trekking under the unrelenting heat and occasionally risky encounters with poachers, but two years into it, Edith is happy to keep going.

If you ask her why she enjoys her job so much, she will tell you that it is because she finally feels that she can contribute to solving real problems affecting her community.

“It makes me happy when I successfully train my neighbors to respond to human-wildlife conflict incidences in a way that is safe for them and for the animals. For instance, I teach them to use chili blocks to ward off elephants from their farms,” says the mother of two. 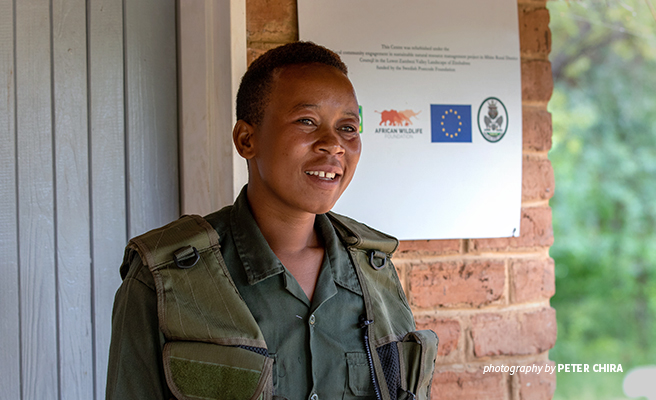 Edith is finding her footing, and like many millennials, wants a consistent source of income, a more sustainable world, and most importantly, a chance to contribute meaningfully to her community.

She owns a mobile phone but is not tethered to it in the same way as millennials living in cities and developed countries. Edith mostly uses her phone to communicate with family and friends through text messages and voice services; apart from WhatsApp, she has no social media presence. She has heard of Facebook but is not sure how it works, and she does not have an account. So while she might not be connected to the global conversation about wildlife and the environment through hashtags and followers and likes, she is quietly doing important work on the ground to ensure that her two children will one day enjoy the benefits of a healthy ecosystem.

“Growing up, I wanted to be a nurse or a teacher. That changed when my father, who was also a wildlife scout, was killed by a lion. I knew then that I wanted to do my bit to make it safer for people to coexist with wildlife,” she says. Edith’s instruction and mentorship as a community wildlife scout emphasize how she and her team can protect themselves in high-risk situations. The training, provided by AWF, also includes crucial modules on human rights and rights-based conservation. 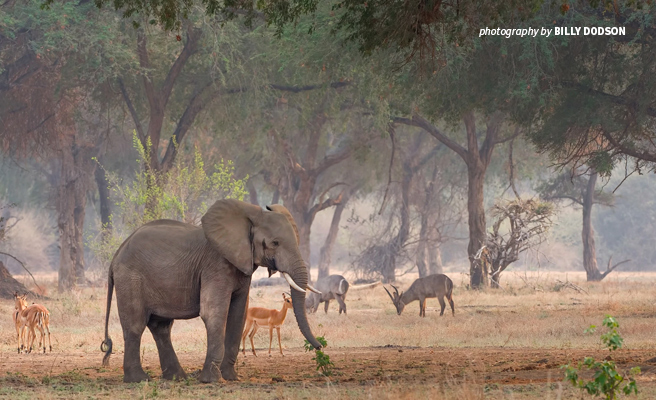 But jobs that require one to take up arms and actively defend the community from threats (both in form of wild animals and people) are not the traditional domain of women in rural Zimbabwe where Edith lives. Like many millennials, she is breaking the mold of what is expected of her and is determined to chart her own course. She applied to become a wildlife scout following deliberate outreach efforts spearheaded by AWF’s Zimbabwe Program Manager Olivia Mufute to enlist women as frontline champions of biodiversity in their communities.

“I was a housewife before, and all my friends are housewives. The only scouts I knew were men. But when I saw women being asked to apply, I did and passed the training,” remembers Edith. She is being modest; she beat everyone in the class — men and women — to emerge as the top student.

Mufute hopes that Edith’s success will inspire more young people, and particularly women, to apply for jobs in conservation and to take a more active role in managing their own natural resources.

“Women are the natural custodians of the environment because they rely on it the most for their livelihoods. In addition, they make great wildlife scouts because they bring empathy and compassion into solving conflicts and dealing with poachers,” notes Mufute.

With her job, Edith is able to comfortably pay school fees for her children and wishes for them a better life than her own. “I want them to go to school and live in big cities. I would want my son to become a teacher and my daughter to be a nurse,” she says.

Like Edith, millennials around the world are fighting for a brighter future. Perhaps it is the apocalyptical messaging about climate change that inspired their marked enthusiasm for environmental conservation; perhaps their activism is a demonstrated rejection of what they see as their predecessors’ destructive choices, or maybe it is simply borne of panic over rapidly declining global natural resources.

Whatever the case, from the hallways of power in cities around the world to grassroots efforts in rural communities, millennials are running the gauntlet of environmental change. And they are proving to be too strong a force to ignore. The rest of the world has no choice but to catch up.