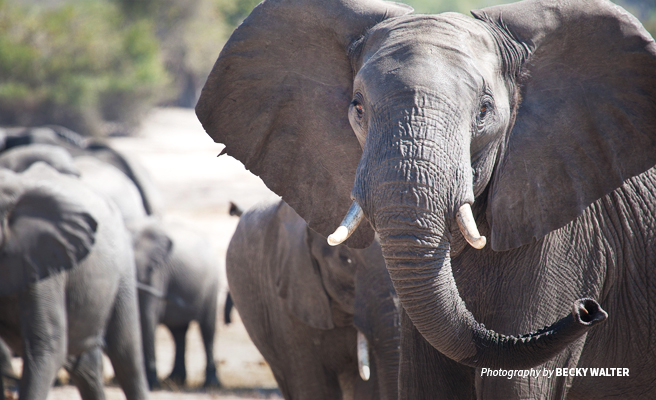 Botswana is indeed one of the success stories in wildlife conservation on the continent.  It has the largest population of elephants in Africa with about 200,000 individuals. To protect this large herd, along with other iconic wildlife species, the government has put in place strong measures to protect wildlife against criminal threats such as poaching and trafficking.  As African Wildlife Foundation’s Wildlife Law Enforcement team prepares for the Wildlife Judicial and Prosecutorial Assistance Training in Botswana from June 5-7, 2018, we recognize the strides that the southern African country has made to protect its wildlife. For example, the Botswana Defence Forces are committed to protecting wildlife and fighting poaching in protected areas.For a country’s wildlife law enforcement efforts to be successful, the country must have strong legislation coupled with committed enforcement. AWF’s series of trainings brings together stakeholders to streamline the proper detection, investigation, and adjudication of wildlife crimes. Target trainees include investigators, prosecutors, judicial officers and customs officers with the aim of helping them understand their wildlife laws, overcome weaknesses in investigations and prosecutions, establish interagency collaborative frameworks, and ensure proper case management.  So far, AWF has held this series of trainings in Ethiopia, the Democratic Republic of Congo, Kenya, Tanzania, and Uganda.

In the case of Botswana, all of its efforts to protect wildlife from criminal threats are supported by law. The Wildlife Conservation and National Parks Act (or the Wildlife Act) which was enacted in 1992 to make further and better provision for the conservation and management of Botswana’s wildlife. It gives effect to CITES and any other international convention for the protection of fauna and flora to which Botswana is a party and to provide for the establishment, control, and management of national parks and game reserves. 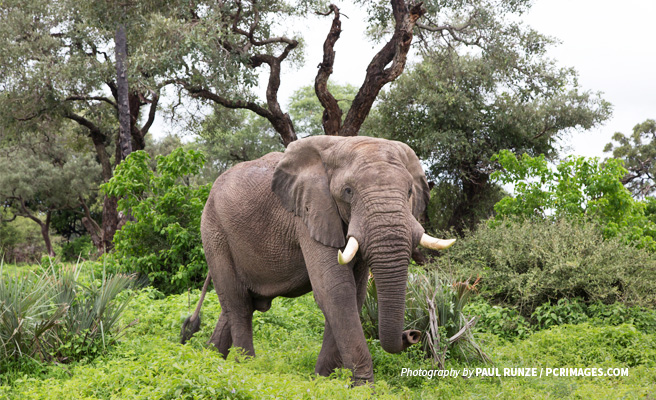 For enforcement of its provisions, the Wildlife Act creates offenses. It criminalizes a wide range of activities which may impact negatively on wildlife and their habitats. The offenses seek to address key areas including the protection of habitats and wildlife; regulation of hunting, trade in wildlife and their products, and wildlife trophies; as well as proper administration of the Wildlife Act.

The Wildlife Act creates several offenses to protect wildlife habitats including criminalizing activities that destroy or damage a park. It is an offense, for example, to cut damage or destroy any tree or other vegetation in a national park. The Act also protects national parks from invasive species by making it an offense to introduce any wild or domestic animal or vegetation into the park. Dangerous weapons and items likely to harm wildlife such as explosives, traps, and poisons are also prohibited from national parks.

To protect wildlife species, especially those that may be endangered or vulnerable, the Act creates several offenses. Within national parks, wildlife enjoys absolute protection — killing, hunting, capturing, injuring, disturbing or removing wildlife are some of the actions criminalized.  In game reserves and sanctuaries, it is an offense to hunt, kill or capture any animal or any species or variety, specimen or sex of any animal specified in that particular game reserve or sanctuary without a permit. On game ranches, one cannot farm, ranch, hunt or capture a protected game animal or partially protected game animal without authorization.

The Wildlife Act allows hunting in Botswana, but it is highly regulated, with offenses created to punish individuals who contravene the laid down rules when hunting. Even with the rigorous regulation, the government of Botswana pushed for stricter measures. The President, therefore, imposed a temporary ban on hunting on all public land. The ban came into force in 2014 and hunting on private land remains strictly regulated under the Wildlife Act.

The legislation also regulates the trade in wildlife and their products in accordance with CITES provisions. It is an offense to sell wildlife or wildlife products without a permit. Exporting, importing, transporting, and re‐exporting wildlife and wildlife products is also regulated and one can only do so under a permit.  One should also not sell, deal in or manufacture any article from any trophy which has not been lawfully imported or which has been obtained from an animal killed or captured unlawfully.