Supporting wildlife species in the face of climate change 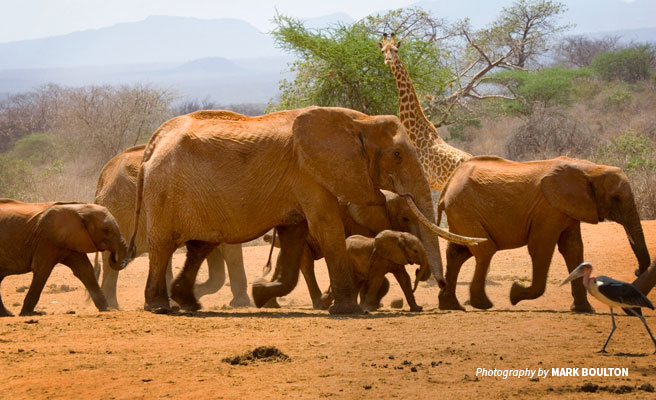 Shifting weather patterns have complex impacts on natural systems, many of which are the cornerstone of Africa’s economic developments as it grows rapidly. The continent’s biodiversity is a vital natural resource at stake as overall temperatures rise. With rainfall projected to increase in eastern Africa but significantly reduce in the south, the risk of flash floods and harsh droughts is high.

Many iconic wildlife species have been pushed close to extinction due to various non-climate stressors like poaching and illegal hunting in the last few decades. Over time, climate change has emerged as a silent threat to wildlife, as changing weather patterns trigger shifts in habitat composition, forage availability as well as access to water. The impacts to ecosystems are far-reaching: wildlife reproduction and the survival rate of young ones can lower, changing the competitive relationship between species.

As the largest mammal on land, the elephant has significant water needs. One elephant can use up to 150-300 liters per day for drinking, bathing and spraying water on their bodies to cool down. These communal water-based activities are central to their social makeup as a species. For the black rhino, males only establish breeding territories where there is permanent surface water while the water-dependent white rhino need frequent mud baths for thermoregulation and keeping off parasites.

Hippo spend over 12 hours per day in water bodies ranging from rivers to man-made ponds during dry seasons. The depletion of natural water habitats due to rising temperatures presents the species with a variety of challenges. Overcrowding allows for the faster transmission of diseases while infighting over shrinking territories has resulted in the loss of males. 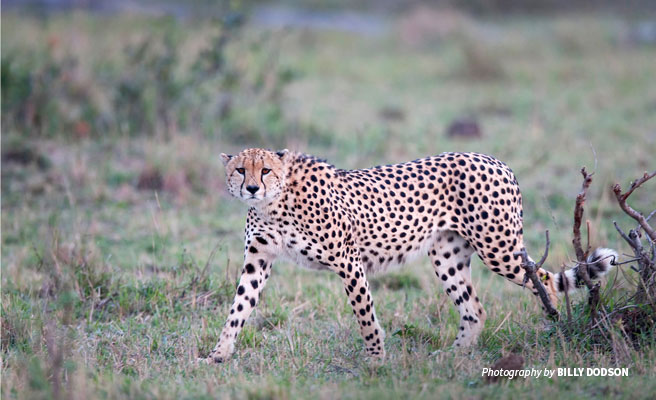 The lion is just one iconic species that continues to bear the brunt of retaliatory killing as a result of human-wildlife conflict. It has reduced in population size and geographic range across sub-Saharan Africa. Lions are also vulnerable to extreme weather conditions like droughts, which can disrupt their reproductive cycles. The cheetah is already suffering from a lack of genetic diversity due to inbreeding in fragmented populations—reproduction rates are poor and the few offspring that survive are more vulnerable to disease.

However, the cheetah’s high resiliency to drought conditions as well as their ability to live in a variety of places means that, like the leopard, the species may be able to tolerate climatic fluctuations. If their preferred habitats can be secured, these big cat species have a good chance of surviving climate change as they will be able to find more suitable living conditions in response to shifting weather patterns.

Habitat loss has drastically reduced populations of giraffe that were once widespread across the continent. Although they are also able to withstand extended dry seasons, ecological limits like rivers or man-made structures may impede their ability to disperse as climatic conditions change. 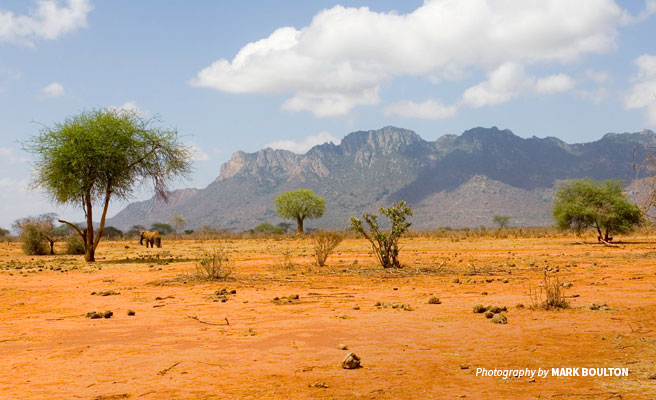 Although different wildlife species experience climate change in different ways, many vulnerabilities are common. As such, adaptation strategies can be implemented across priority landscapes. In addition to securing natural water resources and habitats, wildlife migration routes must be protected to ensure more suitable habitats for at-risk species and enable genetic exchange between populations.

While Africa is not a significant contributor to greenhouse gas emissions, massive developments in infrastructure, agriculture and extractive industry across the continent often come with the clearing of wildlife habitats. Adaptation strategies must manage development sustainably to mitigate the climate-related impacts on wildlife and wildlands.

> Read more about how our conservation projects maintain healthy ecosystems

They face threats of all stripes

Your signature can help save endangered Grevy's zebras from habitat loss, poaching, and other growing threats