What FOCAC Means for Africa’s Wildlife

What FOCAC Means for Africa’s Wildlife 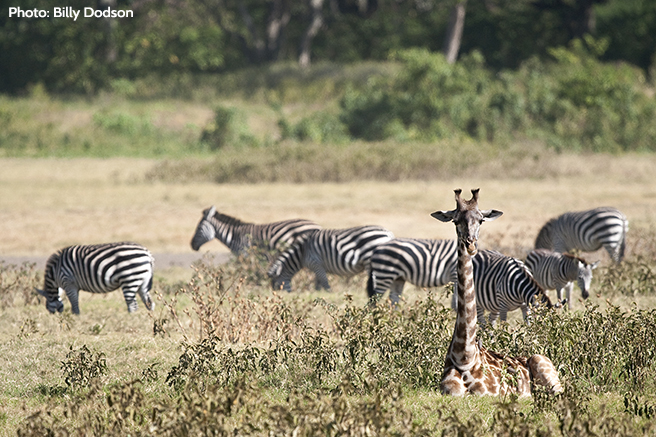 African heads of state will soon be gathering in Johannesburg, South Africa, alongside Chinese President Xi Jinping for the Johannesburg Summit of the Forum on China–Africa Cooperation (FOCAC).

Following is a quick Q&A for those unfamiliar with FOCAC:

Why is FOCAC important?

FOCAC’s ministerial conferences—which are held every three years—provide an opportunity for high-level governmental representatives from China and African states to agree upon common development goals and a framework for implementation.

On a practical level, China is heavily intertwined in Africa’s development, having invested close to US$101 billion in projects there between 2010 and 2012, according to geopolitical intelligence firm Stratfor Enterprises. China has doubled its financing commitment to Africa at every FOCAC meeting, with US$20 billion in long-term loans promised as of the 2012 FOCAC conference. Finally, China is Africa’s largest trading partner: In 2014, trade between China and Africa was an estimated US$222 billion. The FOCAC summits crystallize what the countries perceive to be the continent’s development priorities and what that will mean on the ground in coming years.

Is there anything special about this year’s FOCAC?

This year marks the 6th Ministerial Conference and the second Summit (a FOCAC summit is convened only by agreement of all members of the forum). This is the first time a FOCAC Summit will take place in Africa.

It’s also the first FOCAC meeting since Chinese President Xi Jinping took office. Though the FOCAC meetings have been billed as cooperative development dialogs between equal partners, China has tended to hold greater sway over discussions and has been more likely to subordinate Africa’s development priorities to its own, according to the Brookings Institution. President Xi’s administration has, however, reportedly taken African priorities into greater account, while African states are said to be more insistent about having its development needs met. We shall see what happens coming out of this FOCAC summit, which is to be co-chaired by President Xi and South African President Jacob Zuma.

It’s no secret the continent is changing and developing rapidly, in large part with assistance from China. Roads, railways and other infrastructure are being built across the continent, including in very rural areas that once held more wildlife than people. A study found, for example, that 50,000 km of roads have appeared in the forests of Central and West Africa since 2000, mostly to accommodate logging. Currently the conversion of natural lands for urban and agricultural expansion is predicted to double or triple, according to one study.

AWF is in favor of development in Africa—but some places are more suited for development than others. Unplanned development has the potential to be ecologically damaging, ripping up wildlife habitat and destroying natural resources that would otherwise provide ecological services necessary for people to live, such as water and clean air. Further, the unsustainable extraction of natural resources has the potential to damage the continent’s economic future.

If wildlife does not have a seat at the table when development discussions are being had, it could be ruinous—not just for the continent’s many iconic species but also for its people, who depend upon the ecological and economic benefits coming from wildlife (such as tourism).

How is AWF getting involved in these issues?

AWF is playing a greater advocacy role with African governments to ensure that wildlife and wild lands are included in development considerations. Our most recent success has been the inclusion of conservation in the African Union’s Vision 2063 technical document, which provides a framework for how African countries envision their progress and development over the next 50 years.

For the past two years, AWF and the Aspen Institute have also held a series of dialogs between high-level African and Chinese citizens—business and policy leaders—on wildlife and environmental issues. The effort aims to move leaders in government, civil society and private industry, in both China and in Africa, toward actively promoting investments and operations in Africa that are sustainable and include protection of Africa’s wildlife and wild lands. This week, the China–Africa Dialogue Series is hosting a workshop and safari in Kruger National Park. Close to 20 civil society leaders—including two celebrities, Tanzanian singer Alikiba and Chinese movie star Wang Baoqiang—are seeing South Africa’s famed rhinos and other wildlife, and discussing what they can do to further the goal of ensuring conservation plays a significant role in major development decisions in Africa.

The group advocated for the inclusion of wildlife and environmental issues on the official FOCAC agenda and the 6th Ministerial Conference FOCAC Action Plan.

Mayu was Director of Content and Messaging for African Wildlife Foundation, responsible for AWF's print and online content, collateral and overall organizational messaging. She is a graduate of the University of Illinois at Urbana-Champaign, and has nearly 20 years' experience in communications, storytelling, and writing.