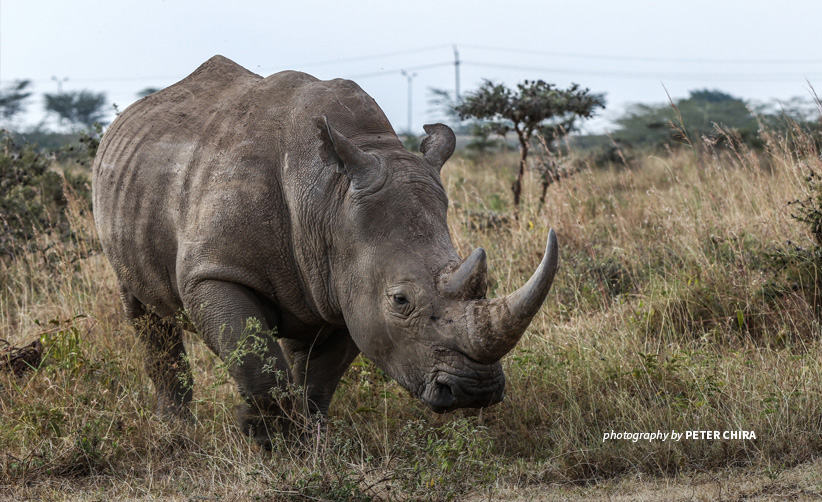 With various billion-dollar investments across sub-Saharan Africa in technology, infrastructure, and industry, China is fast becoming one of the continent’s most significant trade and development partners. Linking African governments and Chinese entities working across the region, African Wildlife Foundation ensures that Africa’s wildlife populations and essential ecosystems are represented in the continent’s development agenda with China.

In 2013, AWF and the Aspen Institute launched a dialogue series to include provisions for biodiversity conservation in China-Africa policy. Five conferences have been held since then, bringing together representatives from African states and Chinese officials, investors, and other key players. Ahead of the 2015 Forum for China-African Cooperation meeting in Johannesburg, the participants formed a one-of-a-kind cultural diplomacy group to steer negotiations on embedding wildlife conservation into sustainable development programs and investments. The China-Africa Wildlife Conservation Council comprises civil society leaders, celebrities, and investors from across the African continent as well as China. AWF has helped facilitate their cross-cutting work, which resulted in the inclusion of wildlife conservation and sustainability goals into both the African Union’s Agenda 2063 Plan as well as the 2016-2018 Action Plan for the Forum on China-Africa Cooperation.

By providing technical support on the sustainable management of terrestrial ecosystems to African governments as they deepen political ties with China, we help both partners develop inclusive strategies that mitigate issues surrounding wildlife and wild lands. So far, AWF has served as a key technical resource and partner to African Ambassadors in China to ensure that the future of biodiversity conservation across the continent is led by its governments.

Our engagements provide a robust framework for the Chinese government, institutions, and companies alike to contribute toward the protection of wildlife across Africa and attain development goals responsibly. AWF has participated in the China-Africa Poverty Reduction Cooperation Forum since 2017, emphasizing how maintaining natural ecosystems secures essential goods and services on which both wildlife and communities depend. At the BOAO Forum for Asia held annually in China, we have advocated for leaders and business people across the region to include much-needed provisions for African wildlife in foreign policy and international partnerships.

This year all eyes will be on China’s conservation leadership. In October 2020, the city of Kunming in southwest China will host the UN Biodiversity Conference, also known as the 15th meeting of the Conference of the Parties to the Convention on Biological Diversity. This particular conference is especially important as the 196 countries that have signed the international treaty will evaluate the last 10-year strategic plan and agree on a new global framework for the next decade. Themed “Ecological Civilization: Building a Shared Future for All Life on Earth,” the conference will set out priorities for global investment in biodiversity for 2020-2030. China will utilize this exceptional opportunity to showcase the impact of nature-based solutions to address global challenges. In preparation for these critical discussions, AWF has been proactively facilitating cooperation between China and African governments in the Post-2020 Global Biodiversity Framework. We support the alliance of African member countries mandated by national ministers, known as the African Group of Negotiators, to unify the African voice and advocate for sustainable natural resource management and benefit-sharing mechanisms that safeguard wildlife and help restore habitats. 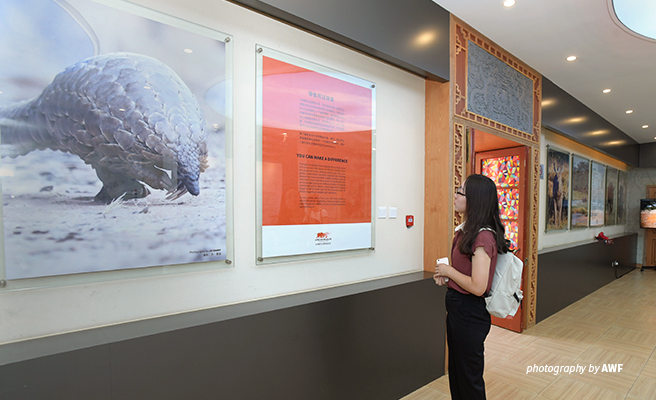 Apart from helping China and African governments to join hands on sustainable and environmentally sound development, AWF also engages the Chinese to mitigate direct threats to Africa’s keystone wildlife species. Demand for wildlife products like ivory and rhino horn in the Far East continues to endanger wildlife populations across Africa. Commercial trade of ivory pieces and carvings is a long-standing traditional practice in China that continued unabated even after the 1991 international ban on selling ivory. However, China shut down the local trade of elephant ivory on December 31, 2017 and ordered the closure of carving factories and retailers — a bold move to reduce demand on Africa’s elephants being poached ruthlessly for their tusks.

Already, China’s efforts to conserve its giant pandas have shown how national awareness building and international cooperation can save wildlife from extinction and prevent further habitat loss. AWF has been building a strong base of African wildlife advocates in China since 2012 through various awareness-building celebrity campaigns that educate citizens about the plight facing African elephants, rhinos, and other species targeted by the illegal trade in wildlife. We have extended our reach from billboards and print advertisements by engaging citizens online through social media platforms such as Weibo and WeChat. 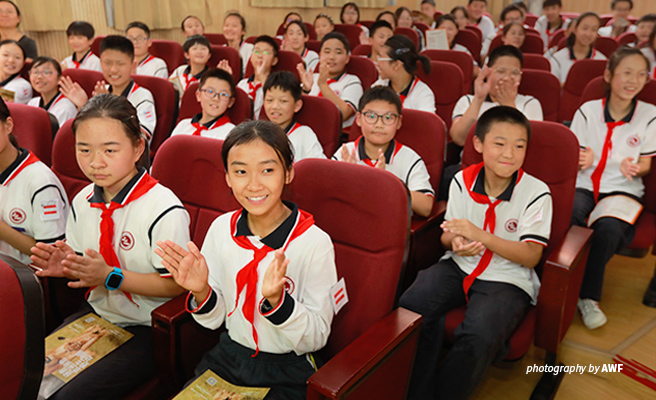 As this engaged audience continues to grow in the digital sphere, AWF strives to diversify the message of conservation for Chinese students who may not otherwise be exposed to African wildlife species battling to survive in their natural habitat. In September 2018, AWF launched its first-ever wildlife photography exhibition at the Beijing Zoo as part of a partnership with the public institution to share knowledge on African wildlife. The two-month exhibition attracted more than 200,000 visitors who learned about threatened species including elephants, rhinos, lions, pangolins, and great apes. The following year, AWF held a similar exhibition at the Shanghai Zoo and also visited four local schools as part of our Chinese youth outreach program. Led by AWF’s conservation experts, the lectures reached more than 1,000 students altogether. Additionally, AWF regularly hosts Chinese high school and university students at our headquarters in Nairobi, helping the diverse groups better understand both the beauty of wildlife and the challenges to conserving threatened species.

As the voice for African wildlife and wild lands in China, AWF will ensure that conservation awareness grows at the local level while engaging decision-makers to ensure that the Chinese footprint on the continent does not have harmful impacts on natural ecosystems. By factoring biodiversity conservation into multilateral negotiations for sustainable development, African governments and Chinese players ensure that their new partnerships positively influence their shared commitment for Africa’s wildlife.

Jia Qiao is African Wildlife Foundation’s Manager, External Relations, China. She holds a Master of Public Administration (M.P.A.) from Nanjing Agricultural University in China, and attended Egerton University, Kenya for a six-month exchange program. Jia grew her passion for wildlife conservation during her internship at the Great Apes Survival Partnership under the U. N. Environment Programme in Nairobi, Kenya, after which she joined AWF’s Conservation Leadership & Management Program. Since her first role at AWF as Advocacy Officer, China, Jia has engaged various Chinese partners and institutions to ensure that negotiations with African entities and governments prioritize biodiversity and promote the conservation of African wildlife species. She also contributes to AWF’s China-based awareness-building activities including education campaigns and photographic exhibitions.