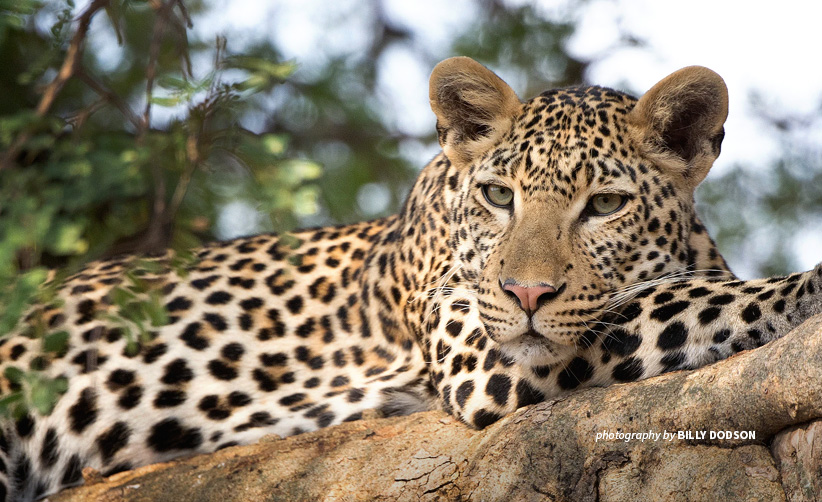 They are gorgeous creatures. Solid black dots on their faces, chests, and feet that break into the signature cracked rosettes along their backs, each of their coats bearing a unique pattern of spots. The leopards’ rosettes are a familiar pattern, but in the wild, they can be difficult to see. This difficulty is not only due to the camouflage the markings provide — helping to break up the predator’s outline — or to the creature’s remarkable stealth, the silence with which it is able to stalk its prey through the night. It is because the leopard’s numbers are in decline.

But the leopard is far too remarkable and valuable a creature to lose.

With a long frame, short legs, and a broad head with a powerful jaw, this muscular feline makes a powerful predator. Agile and studious hunters, the leopard will shadow its prey before pouncing, breaking out into a sprint at speeds up to 36 miles per hour. If the target is caught, it is quickly dispatched via a bite to the neck; if the prey evades initial capture, the leopard moves on, lacking the stamina to continue the chase.

The cat may then carry its meal into a tree, climbing up to 50 feet while hoisting an animal that may be larger or heavier than itself. Leopards are the largest member of the cat family to climb trees regularly, but there is good reason for them to do so. Storing their food aloft keeps it away from scavengers and gives leopards a few extra days to eat.

Leopards are highly capable climbers, using their long tails to help them balance on narrow branches. But these are not the only feats that make leopards so impressive. They can jump 10 feet vertically and leap 20 feet forward, can hear five times more sounds than humans, and can even go 10 days without drinking, as they get most of their hydration from their prey.

They might be the smallest of the big cats, but they are also the species with the widest range. A creature of great diversity, leopards are the quintessential variety pack. While they are found throughout Africa and Asia, it is not just the geography that separates subspecies — the leopard’s habitat is unlimited. Mountainsides, rainforests, savannas, deserts, even suburbs and cities, the leopard is a species determined to survive. And within each of these environments, over the course of hundreds of thousands of years, leopards have adapted to fit into each in the precise ways they must to survive.

Their fur color changes with the background they are set against — a yellow-brown for dry savannas and deserts, a reddish-orange for forests and dense vegetative cover. And the spots change too: circular in East Africa and squarish in South Africa. All of these adaptations enable the leopards to fit into their environments and thrive.

But no amount of adaptations can keep leopards safe from the mounting pressures pushing them closer to extinction. 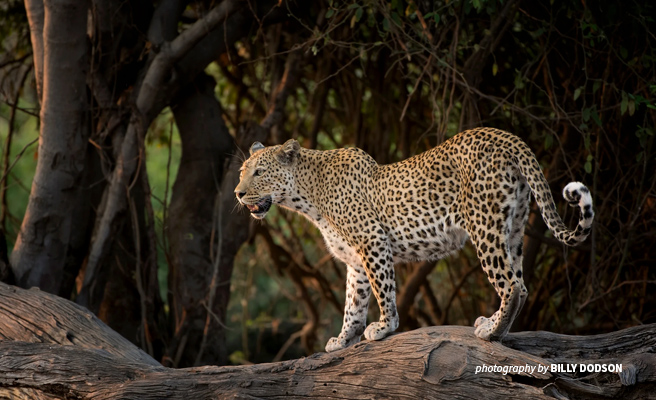 Big threats to the smallest of the original Big Five

Categorized as ‘vulnerable’ on the IUCN’s Red List, leopards have disappeared from 65 percent of their historic range in Africa. Despite their status, no comprehensive estimate of their population exists.

What is known is the multitude of threats facing leopards — the same human factors pushing many other African wildlife species closer to extinction: habitat loss and fragmentation, prey depletion, human-wildlife conflict, and the illegal wildlife trade. It is believed that between 1970 and 2005, leopard populations in West and East Africa fell over 50 percent due to decreases in prey base. It is also estimated that in the last three generations alone (about 22 years), the leopard population has fallen over 30 percent. Humans are putting an incredible strain on leopards.

A recent study found that in overexploited leopard populations (those in which humans caused over half of the deaths), the killing of males upset the social structure and led to greater inbreeding — threatening the genetic makeup of the offspring. When adult males are no longer present to force younger males to disperse, the young males stay close. Then, siblings are more likely to mate, and the gene pool, in turn, is more likely to suffer, leaving leopards more susceptible to genetic defects and illnesses. 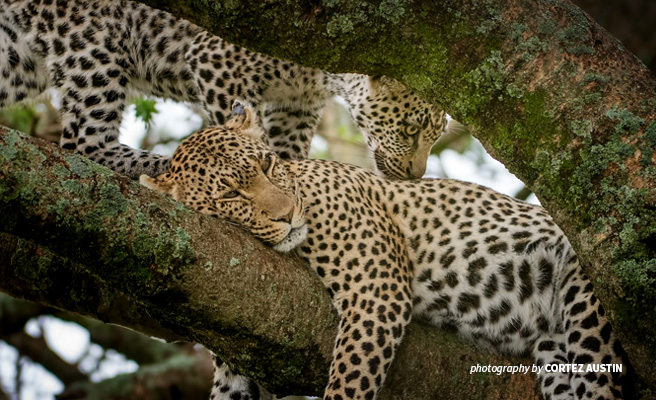 Leopard spots for years to come

But, both despite and because of these threats, AWF remains at the forefront of fighting for leopards. Whether we are building predator-proof bomas to prevent human-wildlife conflict, providing rangers with ample resources for anti-poaching patrols, or advocating for leopards and other animals that get stolen from their homes for the illegal pet trade, we are protecting leopards across the continent.

At Soysambu Ranch, a key wildlife corridor in Kenya, leopards were driven out by agricultural over-expansion. But when a community conservancy was developed, and the land recovered, the predators returned — an important indicator of the improving ecosystem health. AWF is now working with conservancy leaders to develop a sustainable tourism plan. Revenue generated from tourism will incentivize conservation and promote responsible land use — benefiting both the people and the animals. In Cameroon’s Campo Ma’an National Park, AWF works with Tropical Forest and Rural Development. This local organization trains women and helps them develop sustainable incomes by selling non-timber forest products and improving cocoa farming practices. Activities like these are revitalizing the rainforest and allowing the leopards and other animals within to thrive.

There are so many more leopards yet to be spotted, and they will be — for years to come.