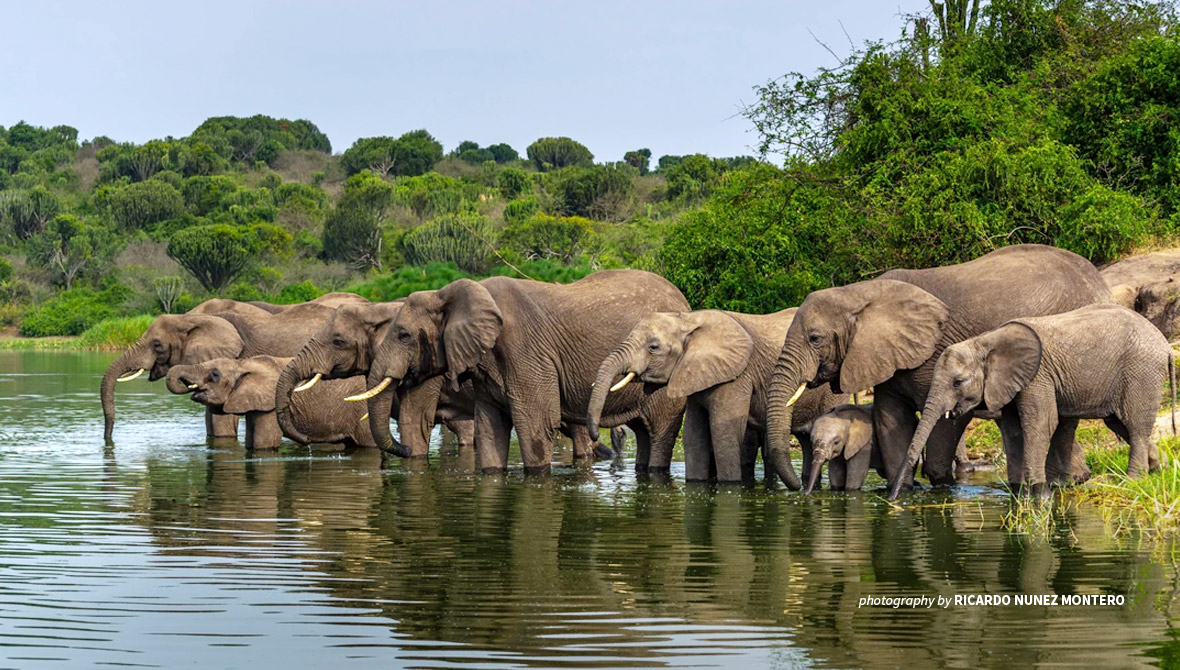 As the world grapples with diminishing biodiversity and the devastating effects of our unhealthy planet, science is slowly beginning to recognize and acknowledge the role of indigenous people in maintaining essential ecosystems. The Intergovernmental Science-Policy Platform on Biodiversity and Ecosystem Services in 2019 found that over one million species of animals and plants are in danger of extinction over the next few decades. Notably, the Global Assessment Report on Biodiversity and Ecosystem Services also highlighted that natural resources managed by indigenous people and local communities are degrading at a slower rate than others.

Most of Africa’s burgeoning population ekes out a living directly from the land, with data showing that around 70 percent are engaged in some form of small-scale agriculture. This means that local communities are increasingly converting what used to be wild savanna grasslands, forests, and water catchment areas into agricultural land.

According to the Uganda National Web Portal, 60 percent of Uganda’s population depends on agriculture. Increased demand for agricultural land and ranches, poverty, and overpopulation are the major causes of deforestation and wildlife habitat destruction in Uganda — factors that continue to aggravate climate change, human-wildlife conflict, soil degradation, and biodiversity loss.

Communities close to forest reserves view forest resource extraction as a source of income. With limited economic opportunities, they turn to tree-cutting or other forms of forest exploitation in order to make a living. African Wildlife Foundation targets these communities through projects like beekeeping, mushroom farming, and chili growing, which can be carried out without jeopardizing natural resources.

As Africa modernizes and its population grows, the demand on the continent’s natural resources is also multiplying. Pristine, untouched wild lands are becoming rare as people convert historical wildlife habitats and buffer zones into land for agriculture and human settlement. This has inevitably led to human-wildlife conflict as people and wildlife compete for resources.

“Projects like introducing chili farming in the Murchison Falls and Kidepo landscapes have enabled the communities to make money which sustains their families and, at the same time, provide food for them,” says Stella Adekur, AWF’s Monitoring and Evaluation Officer in Uganda. At the same time, the pungent chilis are used to minimize damage to farms by crop-raiding elephants. Farmers use the peppers to repel wandering wildlife by burning chili-infused briquettes and smearing chili oil on rags placed along farm boundaries.

George Oyuru, a chili farmer from Oyam District in Northern Uganda is one of the beneficiaries of the AWF-supported chili farming project near Murchison Falls National Park. This project was initiated by the U.S. Agency for International Development under the biodiversity program over 2012-2017. He has just completed building a brick house and bought solar equipment to power his grass-thatched house after making over USD $400 from chili growing.

Oyuru says that he has had a good experience in chill growing ever since he joined this project in 2012. “Before, we were not getting expected yields from our usual farming projects because most of our crops were being destroyed by the elephants,” he says.

“AWF trained us in chili growing and also went ahead to help us market our products. Through chili growing I have learned to protect wildlife and its habitats while making some good money at the same time,” he adds.

Forest conservation is one of the major ways in which forests are protected for use by future generations. Aside from communities, AWF is working closely with Uganda’s National Forestry Authority to conserve forested land. With AWF support, the authority has successfully implemented the U.S. Agency for International Development-funded Forest Restoration Project aimed at increasing the country’s forest cover in all national protected forests and forest reserves.

AWF is also working to create conservation awareness among the Ugandan public in other wildlife-rich landscapes. In partnership with the Uganda Wildlife Authority, AWF has supported environment clubs to plant trees in Lake Mburo Senior Secondary School and Kanyaryeru Primary School. Over 1,920 students have benefited from this initiative and have been instrumental in cleaning parks and planting trees within Lake Mburo National Park. Other activities include organizing fine art challenges featuring strong conservation themes. Over 2,984 students from 521 schools have participated in these competitions.

Shaban Senyange, a self-proclaimed nature enthusiast and a conservation media specialist in Uganda is one of the Top 100 Young African Conservation Leaders being mentored by AWF. “Coming from a safe health and environment background, I do believe that human health and environmental sustainability are interlinked. Uganda currently loses about 100,000 hectares of forest cover annually. Forest reserves have the ability to support livelihoods if harnessed sustainably,” he says.

With an estimated 2.8 million hectares of forests lost each year, deforestation remains a significant challenge in Africa. Uganda’s National Environment Management Authority warns that if consumption patterns do not change, the country might see a complete depletion of the nation’s forests by 2050.

The thought of the Pearl of Africa turning into a desert is unfathomable and calls for immediate action. AWF-led initiatives to introduce sustainable agriculture practices and mitigate human-wildlife conflict are a big step in the right direction, as are awareness-building activities among African youth. Together, communities across the continent can join hands to embody the culture of conservation.