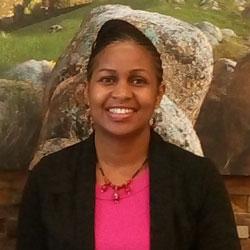 Africa is thought to be the most vulnerable continent to climate change given its predominately climate-dependent livelihoods, extensive water-stressed populations, and low adaptive capacity. Weak economies, institutions, and governance structures all contribute to the low adaptive capacity. Human activities have been a leading cause of climate change through activities such as fossil fuel burning and deforestation. Among the major climate change impacts include variations in rainfall patterns, extreme weather, habitat loss, and new disease challenges.

Climate change has direct impacts on ecosystems and biodiversity, but may also indirectly impact nature through human adaptation responses which are less understood. Through its Managing Global Change Impacts working group, the Africa Biodiversity Collaborative Group has surveyed coping responses of human communities to climate change in 10 African countries as well as the biodiversity impacts of those responses.

A survey by ABCG in Tanzania revealed that communities are experiencing hotter, drier, windier, and unpredictable seasonality due to climate change. African Wildlife Foundation, a member of the consortium of conservation organizations, led the survey in Tanzania’s Kilombero Valley, an internationally significant biodiversity area in 2017. AWF interviewed key informants who were able to offer an overview of community circumstances across the valley. Findings from the survey revealed that community responses to climate change have a negative impact on biodiversity and further worsen the global crisis. 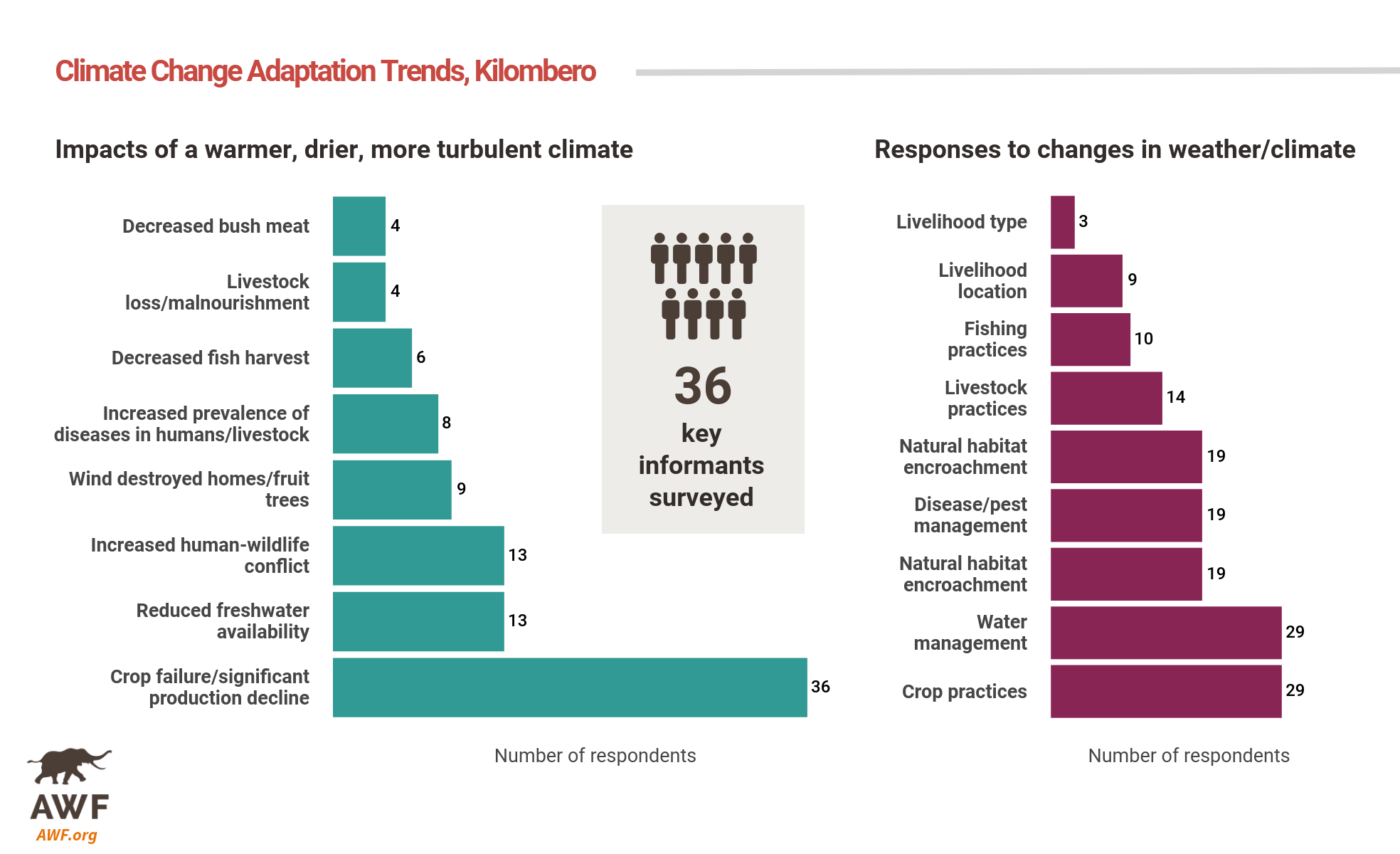 Located in the southern part of Tanzania, the Kilombero Valley is an important ecosystem supporting the livelihoods of the local communities living in the area and other parts of the country. The valley sustains a vibrant agricultural sector, is home to a Ramsar site, and separates the Selous Game Reserve and the largest block of Eastern Arc Mountains which features several protected areas.

Community members cited significant climate impacts on their livelihoods including extensive crop failures, increased human-wildlife conflict due to crop-raiding, an increased prevalence of diseases in humans and livestock, and decreased fish harvests.

To cope with these climate-induced changes, communities are clearing natural areas to expand cropland in a bid to increase their harvest, overgrazing areas with their livestock, and illegally hunting wildlife. Collectively these responses are having undesirable impacts on biodiversity particularly due to agriculture expansion into previously natural areas. In the last 30 years, at least 60 percent of Kilombero Valley wetlands have been converted to cultivated land.

Local wildlife populations such as the endangered and endemic puku are declining as their habitat is reduced or degraded and they face heightened hunting pressure. The valley has experienced an overall decline in wildlife abundance and diversity. Nature plays a crucial role in providing essential goods and service to humanity. From food provision, timber, tourism, to delivering water for hydropower, the Kilombero Valley is an important ecosystem that supports the region’s livelihoods. Efforts that would support to restore and preserve the rich biodiversity of the valley through supporting communities in stopping practices that contribute to its degradation are important in securing and preserving the health of the valley. 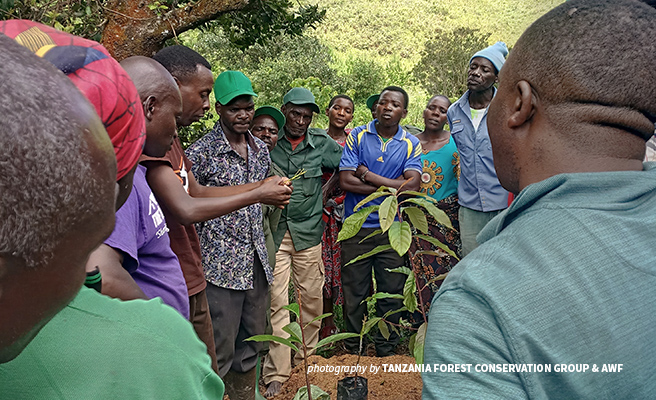 AWF and partners organized community meetings in 2019 to discuss the survey findings and formulate alternative but effective responses to climate change that will not have negative impacts on biodiversity. A forest restoration assessment performed by AWF and partners identified 38,656 hectares of degraded areas in Kilombero’s Mngeta Valley suited to methods such as agroforestry, reforestation, afforestation, natural regeneration, and riparian rehabilitation.

Guided by the assessment, AWF and the Tanzania Forest Working Group launched a reforestation activity targeting 1500 hectares involving communities in the Mngeta Valley in February 2020 where 22,347 tree seedlings were planted. Another 35,000 seedlings are yet to planted later in 2020. The reforested area will improve water provisioning and help reestablish ecological connectivity between the Kilombero Nature Reserve and Uzungwa Nature Forest Reserve where the valley lies.

The loss and destruction of natural habitat have been on the rise over the last decades. ABCG is working to stop this destruction by working together with the communities to develop interventions that would support them to cope with climate change without affecting biodiversity.

This article was originally published on ABCG.org