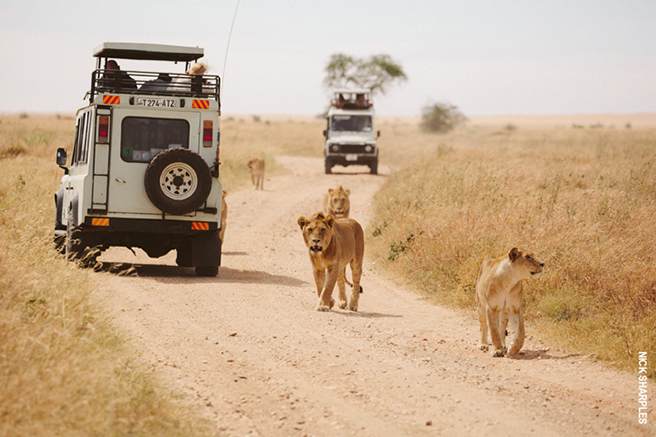 Thomson Safaris, a leader in responsible Tanzanian Safaris, has partnered with African Wildlife Foundation (AWF) to further its conservation efforts in East Africa.

The two companies will enable travelers to effect positive change and become ambassadors for conservation in Africa. Members will be able to contribute to programs that combat poaching, promote education, and develop sustainable agricultural practices, to name a few.

“Tanzania is our second home, and we strongly believe in engaging in sustainable ways to give back to the community,” said Judi Wineland, co-founder, Thomson Safaris. “The pristine wilderness, abundant wildlife, and cultural authenticity of Tanzania are rare to find anywhere else in the world today, and our partnership with AWF helps ensure tourism continues to be beneficial to the country and to the wildlife. Most importantly, this supports work that Thomson Safaris is already doing in Tanzania with the full involvement of the community.”

In Tanzania, tourism plays a critical role in fostering the growing economy. In fact, travel and tourism accounted for nearly 13% of the country’s GDP in 2013, and it’s expected that by 2024, it will account for half a million jobs in the country. For the continent, international tourism in Africa in 2013 was conservatively valued at $34.2 billion.

“These figures demonstrate the economic importance of wildlife in Tanzania and throughout Africa,” said Craig Sholley, African Wildlife Foundation’s vice president of philanthropy and marketing. “Tourists come to Tanzania primarily for the wildlife. Therefore wildlife preservation does more than simply save endangered animals; it supports jobs and continued economic growth. Thomson Safaris is a strategic partner in ensuring that tourism plays a positive role in helping to conserve Tanzania’s incredible heritage for future generations.”

“‘How can we give back?’ That’s the most frequent question we receive from guests returning from an immersive experience in Tanzania,” added Judi Wineland. “Guests return from Africa with a strong personal connection, and with recent events such as the killing of Cecil the lion, and reports detailing the drop in rhino and elephant populations, people are genuinely motivated to give back.”

The partnership, which includes a membership to AWF for all returning Thomson Safaris guests, enables travelers to immediately participate in programs with a trusted organization that has been doing remarkable work for more than 50 years.

Learn more: Five ways travelers can give back and help Africa’s wildlife.

They face threats of all stripes

Your signature can help save endangered Grevy's zebras from habitat loss, poaching, and other growing threats