Why we need to conserve African elephants

Why we need to conserve African elephants 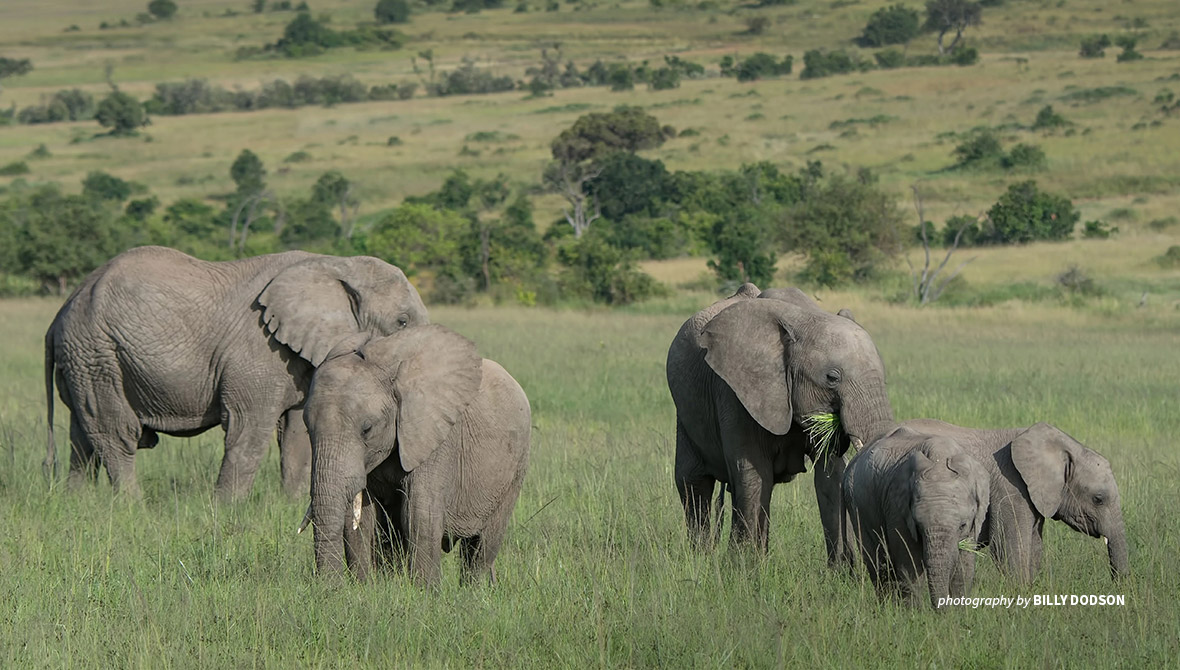 The International Union for the Conservation of Nature recently reclassified the two African subspecies of elephants separately, putting the savanna elephants in the endangered category and forest elephants in the critically endangered category. This World Elephant Day, African Wildlife Foundation ecologist Julien Nkono explains what this reclassification means and highlights AWF efforts to conserve the remaining herds.

Why are elephants so important in natural ecosystems and why should we ensure they do not go extinct?

Elephants are important because they participate in the renewal of forest or savanna ecosystems through the dissemination of the seeds contained in their dung. These seeds germinate quickly into grasses, shrubs, and trees. In addition, some plant species have the particularity of only germinating well if they pass through the digestive tract of an elephant. Elephants are therefore known as nature’s gardeners or ecosystem engineers. They help to maintain ecosystems for other species, and their presence is a key indicator of a thriving ecosystem.

What is the difference between forest and savanna elephants?

What does the reclassification of African forest elephants from endangered to critically endangered mean, in simple terms?

Critically endangered is the lowest categorization before a species is finally declared extinct. This means that forest elephants cannot be hunted, captured, or killed. They now have full protection and will enjoy specialized conservation attention according to the animals’ prevailing needs. For example, we can expect more studies into forest elephants, which have traditionally been overshadowed by their savanna cousins.

What are the biggest threats facing forest elephants in Central Africa today?

Elephants are poached for their ivory and they are also losing habitat to land conversion as a result of human activities. In addition, elephants also face human-wildlife conflict where they are killed in retaliatory attacks by human beings for wandering into farmlands or homes.

Give us some statistics: elephant populations, recorded incidences of poaching, projections for the future?

According to the IUCN, the number of African forest elephants fell by more than 86 percent over 31 years, while the population of African savanna elephants decreased by 60 percent in 50 years.

One of the biggest drivers of decline of the forest elephant in the Democratic Republic of Congo, for example, is years of conflict. As a result, the wildlife inventories made in Lomako in 2012 and 2015 were unable to estimate their absolute densities. An inventory is underway, and we will see if it will be possible to estimate their density following the increase in direct observations of individuals (direct encounters and by camera traps) and their indices (dung and footprints). We do not yet record any incidences of their poaching because of the surveillance that is being done in their area of concentration. In the future, AWF will need to continue to protect and conserve their habitats.

How is AWF mitigating those threats?

AWF is collaborating with communities and government authorities to create or expand wildlife habitats. This will help to reduce human-wildlife conflict as well as give elephant populations more room for growth. In addition, we are helping to fight illegal wildlife trade at source and destinations. In DRC and Cameroon, we work with government-employed rangers to monitor wildlife populations and train and equip them to carry out security patrols to fight poaching.

We are also working with communities to set up alternative sustainable livelihoods to prevent the over-exploitation of natural resources. With funding from development partners such as the European Union, U.S. Agency for International Development, and Arcus Foundation, AWF is supporting communities in activities climate-smart agriculture, value addition of non-timber forest products and sustainable businesses.

In destination countries in Asia, we are running campaigns to ban ivory trade and sensitize people about the importance of keeping elephants alive. In addition, we raise awareness about the ineffectiveness of elephant tusks in traditional medicine. Elephant tusks are made of dentin just like human teeth, and they do not have any curative properties.

What more needs to be done to sufficiently protect the remaining elephant herds?

What does success look like when it comes to elephant conservation?

Conservation success looks like stable or increasing elephant populations with intact habitats. Conservation must also take into account the well-being of African economies and people. This is encapsulated in AWF’s mission to ensure wildlife and wild lands thrive in modern Africa

What roles can people not working in conservation play to ensure that the continent’s elephant herds are protected and are beneficial to all of us?

Learn a little more about elephants and other wildlife species. Talk about them in the spaces that you occupy. Petition governments to allocate more funding for conservation.