As a young lawyer, I was nervous yet excited to be stationed in Tsavo — the largest wildlife ecosystem in Kenya. This landscape carries the biggest populations of elephants in the country. Working amid this beautiful natural resource in southern Kenya is one of the reasons I took up the job with African Wildlife Foundation monitoring wildlife crime cases in the four law courts located in Tsavo.

Before embarking on tracking the progress of the wildlife crime cases that pass through these courts, I collected data from the court stations to assess the challenges faced by the investigators, prosecutors, and judicial officers who handle wildlife cases. I found that there were 98 wildlife crime cases pending before the courts, of which 73 percent related to elephants and elephant ivory. Other species affected by wildlife crime in the landscape include giraffe, lions, and pangolins. As a court monitor, I support prosecutors in pre-trial processes for wildlife crimes as well as help them prepare witnesses for trial. Additionally, I provide support in evidence management, including facilitating their transportation to the experts for analysis.

It is not uncommon for wildlife cases to stall along the way — an issue that became evident in the very first case I took on after arriving in Tsavo. I received a call from a Kenya Wildlife Service prosecutor requesting for AWF’s assistance with a stalled case; the trial had been delayed for more than a year. It involved two suspects who were arrested in February 2018 at the main bus station in Taveta, a small Kenyan town near the Tanzanian border. Kenya Wildlife Service officers arrested the men, found in possession of 40 pangolin scales that they were attempting to smuggle into Tanzania. According to the prosecutor, the investigation officer assigned to the case had been having trouble getting the pangolin scales to a forensic expert for analysis. The case cannot progress until prosecutors ascertain the nature of the specimen. 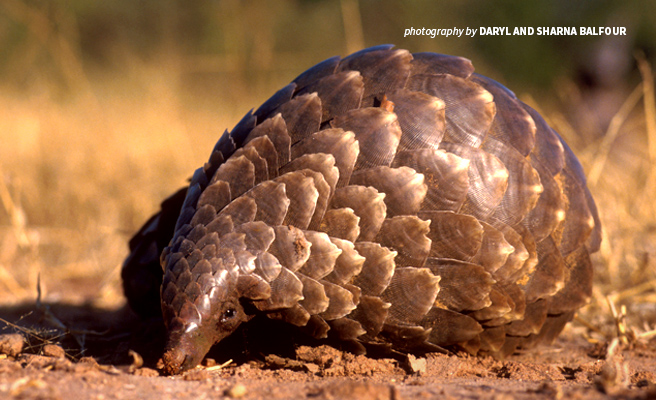 Pangolins are targeted for their scales sold as a traditional medicine

My very first assignment on joining AWF was to participate in a Wildlife Judicial and Prosecutorial Assistance Training in Uganda. Organized with support from the U.S. Department of State's Bureau of International Narcotics and Law Enforcement Affairs, the sessions bring together prosecutors from Ethiopia, Kenya, Tanzania, and Uganda for training on various aspects of wildlife crime prosecution. I enjoyed learning from the participants about the challenges they face in wildlife crime prosecution. Since the inception of its Wildlife Law Enforcement Program in 2015, AWF has carried out 44 such trainings targeting various players in the criminal justice system including judicial officers, prosecutors, investigators, and rangers. Altogether, 1,550 participants from 16 African countries have benefited from these trainings.

Now that I was stationed in Tsavo, I got to see how these challenges play out on the ground. When I met with the investigating officer assigned to the pangolin case to discuss his challenges in taking the evidence for expert analysis, he highlighted other difficulties. One such difficulty in the investigation of wildlife crimes in the landscape was the lack of knowledge by Kenya Wildlife Service rangers on how to react to a wildlife crime scene as first responders. This often led to contamination of crime scenes and loss of key evidence. He further informed me that rangers on the ground lacked basic scene of crime kits and forensic bags to enable them to secure the crime scenes as well as properly package and document evidence that required expert analysis. Limited storage facilities for perishable evidence such as bush meat and high-value specimens such as rhino horns and pangolin scales further compound the situation.

Apart from training prosecutors under AWF’s Wildlife Law Enforcement Program, we also equip law enforcers with the right tools so they can carry out their roles effectively. So far, AWF has provided four cameras for documenting crime scenes, 28 basic scene of crime processing kits, 45 one-man scene of crime processing kits, and 145 forensic kits, as well as laboratory reagents for bush meat analysis.

Following my meeting with the investigating officer, we arranged for the exhibits to be sent to the forensic expert at the National Museums of Kenya to confirm that they were indeed pangolin scales. With the forensic expert’s report in hand, the prosecutor in Tsavo was now able to schedule the case for trial. When the trial took place a month later, I attended the pre-trial conference and assist the prosecutor to prepare witnesses for trial. 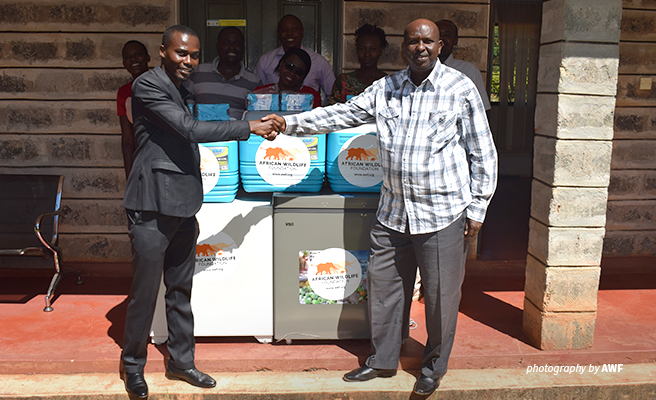 AWF designed a special handbook to help wildlife rangers and community scouts navigate their way through the court system once they become witnesses to a wildlife crime and are required to give their testimony. It also addresses issues related to witness testimony from the pre-trial phase to trial and finally the post-trial phase. I furnished the witnesses with the handbook and explained what they should expect during the trial including questioning by the prosecutor and the defense lawyer. This is just one of the seven handbooks AWF has developed under its Wildlife Law Enforcement Program to aid law enforcers during the course of their duties. Each handbook addresses a separate wildlife law enforcement subject including the admissibility of canine evidence and management of crime scenes.

The first two witnesses to testify at the trial were the Kenya Wildlife Service rangers stationed at Mbirikani Base near Taveta town. They informed the court that on February 28, 2018, community members alerted them that two people in Taveta town were in possession of pangolin scales destined for Tanzania. The community members pointed out the suspects to the rangers, who proceeded to arrest them. Upon searching the suspects, the rangers found 40 pangolin scales secreted in a black plastic bag. They took the two suspects to the Kenya Wildlife Service investigation office at the Taveta Border post for further investigation.

The investigating officer was the third witness to testify. He recounted how his Kenya Wildlife Service colleagues brought in the two suspects arrested for the possession of 40 pangolin scales that they were transporting to Tanzania. The investigating officer booked the suspects at the police station and collected the evidence. He carried out further investigations and found that the suspects had been communicating to a potential buyer in Tanzania who had agreed to buy the scales at USD $5 per scale. They were, therefore, hoping to make USD $200 out of the sale of the 40 scales. He also conducted background checks and learnt that one of the suspects had another case pending before a different court where he was charged with attempting to smuggle python skins into Tanzania.

The forensic expert was the last to testify, sharing how he had carried out the morphological analysis of the specimens presented to him. He concluded that the specimens presented for analysis were indeed pangolin scales. After the accused persons gave their testimony, the court retired to decide the case. We returned the following day to hear the determination — both accused were found guilty and sentenced to a USD $10,000 fine for being in possession of pangolin scales and a USD $200,000 fine for the offense of trafficking in the pangolin scales. The court further ordered that they serve five years imprisonment if they failed to pay the fines for both offences.

That the first case I supported was successful and that we were able to adduce sufficient evidence to secure a conviction continues to motivate my work as a court monitor. Of the 98 cases that I have been tracking, 28 have concluded. Out of these, 71 percent have resulted in convictions. I attribute this success to the hard work and dedication of the rangers, investigators, and prosecutors in the landscapes as well as the interventions and support by AWF through its Wildlife Law Enforcement Program.