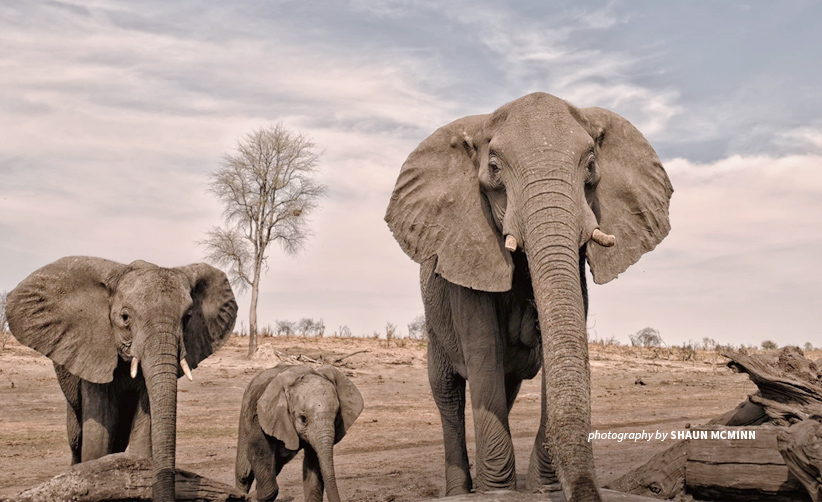 AWF Points to Social, Economic Instability from COVID-19 as Growing Threat to Conservation;  Renews Call to Stop Illegal Trade of Elephant Ivory to Buyers in Asia and Other Parts of the World.

WASHINGTON, D.C. and NAIROBI, KENYA (August 12, 2020) – On World Elephant Day, African Wildlife Foundation (AWF) is reaching out to stakeholders, partnering NGOs and policy makers to shed light on the growing challenges to livelihood, food security and economic collapse in African communities doing the important work of wildlife conservation. Threats to conservation in Africa, including elephants, are on the rise due to effects from COVID-19. The surge in poaching in Uganda is a good example. Between February and June of this year, the Uganda Wildlife Authority recorded 367 poaching cases across the country, more than double the 163 cases recorded during a similar period in 2019.

The dwindling park funding that has affected wildlife protection poses a threat to African elephants. Scientists are still searching for definitive answers about the cause of death of more than 280 elephants in Botswana between March and July, 2020. While this unprecedented mass die-off is probably attributable to natural toxins found in the environment, the Botswana Department of Wildlife and National Parks issued a statement on Friday, August 7, that left the door open to poisoning by other means. This unusual event illustrates the fragility of a keystone species from multiple threats (not just poaching) and the importance of stability and sustained livelihood in the communities that serve to protect wildlife and wild lands.

AWF Vice President of Species Conservation and Science Philip Muruthi, PhD, said: “The elephant deaths investigation in Botswana is ongoing. We will continue to follow the science and respond when cause of deaths is confirmed officially. Meanwhile, in our current situation, we must turn our attention to conservation in situ,  particularly local communities that have seen an abrupt collapse in revenue streams and livelihoods from travel bans and government shutdowns. This is causing growing instability and human-wildlife conflict across the continent. Decades of conservation gains in Africa will be eroded unless the international community intervenes to provide crisis funding. AWF is working to keep up our multi-pronged elephant conservation efforts in west, central, eastern and southern Africa. Keeping community-based programs afloat is key to sustaining elephant populations now and beyond the COVID-19 crisis.”

AWF is raising awareness on World Elephant Day for the protected wildlife areas and the interconnected communities most in need during COVID-19, and also renewing its call to help end the illegal trade of elephant ivory.  The persistent demand for elephant ivory because of its beauty and artistic uses has dramatically reduced the elephant population across the African continent, speeding the loss of a species that plays a critical role in maintaining the biodiversity of natural ecosystems.

Muruthi continued: “We are fighting the demand for ivory in Asia and across the world, educating consumers about the real cost of ivory products and working with governments to close ivory markets. AWF frequently partners with influencers and other groups to attract more attention to these important issues. During the pandemic, the illegal wildlife trade or elephant ivory has garnered more attention, and that’s a silver lining that we cannot afford to overlook. In spite of  slowed pace of AWF’s counter-trafficking efforts due to COVID-19, our detection and anti-poaching  dog teams have assisted to arrest poachers and traffickers; the threat is ever-present. ”

On May 26, CITES issued a statement announcing that China had continued measures to ban the import of elephant tusks and their products.  China’s National Forestry and Grassland Administration will continue strict prohibition of import of elephant tusks and their products.  This sets an example for other countries in the region to follow, and they’ve had an undeniable and significant impact on the potential penetration of legal ivory sales into Central Asia.

Many Asian and Southeast Asian countries still contribute to the illegal ivory trade. Prior to the global pandemic, an estimated 35,000 African elephants were still being killed each year for their ivory. And the trade routes for African elephant ivory are still largely flowing to dealers in Asia. The effects of COVID-19 will no doubt increase these already unacceptable numbers.

African elephants are the world’s largest terrestrial mammal. There are two recognized subspecies of this iconic animal: bush (or savanna) and forest. African bush elephants are the larger of the two and their tusks curve out, while their forest-dwelling cousins are darker and have tusks that are straighter and that point downward.

The African Wildlife Foundation  is the primary advocate for the protection of wildlife and wild lands as an essential part of a modern and prosperous Africa. Founded in 1961 to focus on Africa’s conservation needs, we articulate a uniquely African vision, bridge science and public policy, and demonstrate the benefits of conservation to ensure the survival of the continent’s wildlife and wild lands.