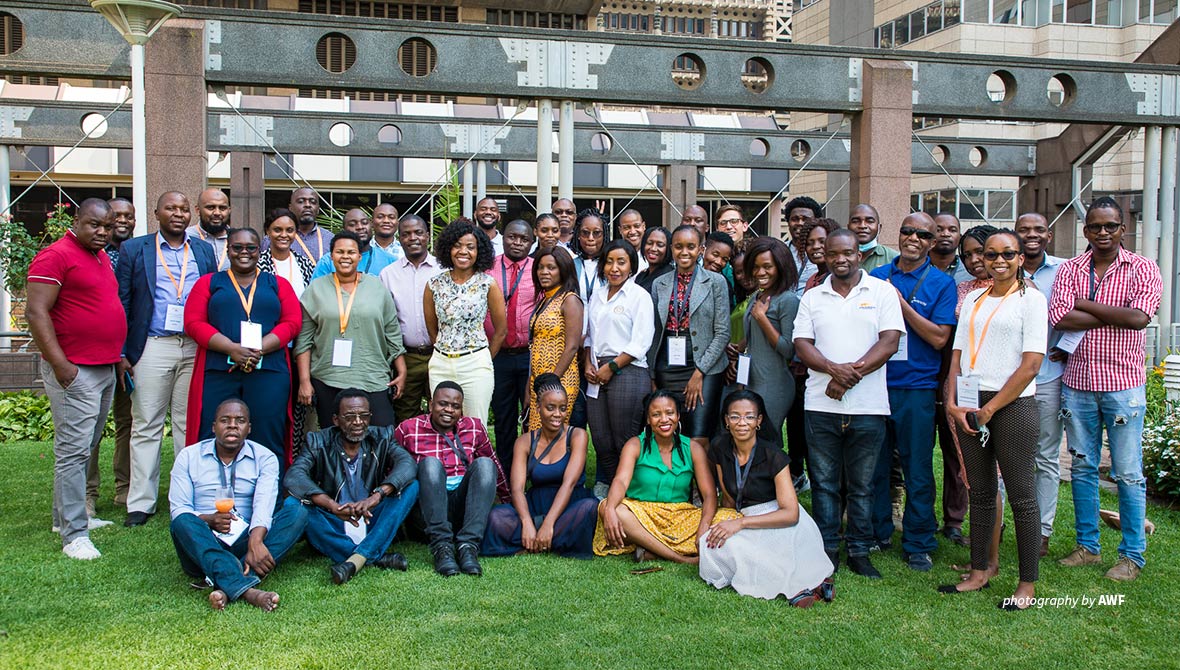 The African Wildlife Foundation (AWF) is this week hosting a five-day workshop for journalists in Harare, Zimbabwe. The Southern Africa Advanced Training on Environmental Journalism kicked off on November 8, 2021, and is aimed at building the capacity of African journalists to tell conservation stories.

The workshop will cover various topics including feature writing, pitching, and the power of storytelling as well as investigative journalism in the digital age and writing and optimizing for social media. A group of AWF staff are also at hand to talk to the journalists about AWF’s programmatic work and show real-life examples of what conservation in action looks like.

“For so long, the conservation story has been told, but not with an African perspective. But even then, mostly through the lens of science and animals. African people, cultures, heritage, use, knowledge, aspirations are missing from the conservation conversation. And this is a role we need to reclaim,” said Olivia Mufute, AWF Country Director for Zimbabwe.

A total of 31 journalists from five Southern African countries including Zimbabwe are in attendance and ready to reshape the conservation narrative in the media. They are multimedia journalists working for television, newspapers, and radio networks across the region.

The training is organized by AWF’s Strategic Communications team in conjunction with communications firm Distory. It is the third such workshop after successful editions in Kenya and Cameroon in June and September this year, respectively.

“Once Africans begin to see more news and content on our nature and wildlife, the conversation will definitely begin to change. Especially if they see their fellow Africans telling Africans why conservation is important,” said Mufute.

Media has been shown to influence public opinion by providing information on salient issues, and is considered to be a catalyst for social change and good governance. The journalists workshop is part of AWF’s efforts to build a network of professional conservation storytellers across the continent to lend voice to conservation issues and ultimately build African ownership and leadership of conservation.