Samantha Rose is a former Membership Service Associate at African Wildlife Foundation. As an animal and environmental enthusiast, she enjoyed working on projects that helped highlight AWF’s wildlife-conservation initiatives. She graduated from Bard College in 2013, where she designed her own ma ... More 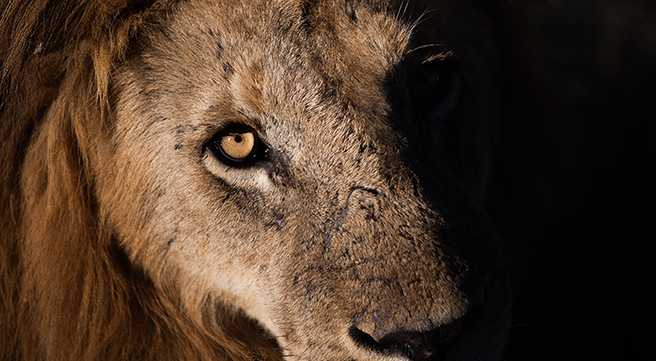 Recently, on his late night program, Jimmy Kimmel emotionally conveyed his sympathy for Cecil the Lion. The now viral footage of Mr. Kimmel’s thoughts for Cecil, is just one of the numerous reactions over Cecil’s tragic death by an American sport-hunter.

Animal enthusiasts, politicians, celebrities and thousands of individuals across the world took to the streets, media sources and online forums to express their sadness, anger and disgust over Cecil’s death.

Cecil was just one out of the average 600-800 lions killed annually by sport-hunting alone. This does not include the threats they face from human-wildlife conflict, habitat loss, poaching and illegal trafficking. Only 30,000 lions are estimated to remain in the wild, and unless proactive actions and regulations are enforced soon, their numbers will continue to decline at a rapid rate.

Cecil’s tragic death brings much-needed attention and understanding to the threats facing Africa’s lions. Topics like sport hunting, classification listing and species’ population size require international attention for any chance to reverse the dwindling lion population. We at African Wildlife Foundation (AWF) are deeply disappointed and saddened over the recent death of a beloved lion, but have been inspired by the international outcry and outpouring of support.

Within a week since Cecil’s death overtook social media, there were already significant actions taken to address the threats lions, as well as other wildlife, face. Delta Airlines, American Airlines, and United Airlines permanently banned big game hunting trophies on their flights. Zimbabwe temporarily suspended all wildlife hunting, and officials are investigating the legality of killing Cecil as well as the death of another male lion, also killed by a sport-hunter. Toy-maker Ty Inc. created a “Cecil the Lion” Beanie Baby, to raise awareness of wildlife conservation. In a coincident of events, the United Nations General Assembly released a new resolution, entitled “Tackling illicit trafficking in wildlife,” which urges its members to work efficiently with their respectable governments to end wildlife crime and trafficking. The iconic Empire State Building was even used as a projection screen to display images and videos of endangered wildlife.

With all of the momentum and positive changes in the aftermath of Cecil’s death, it is not naïve to feel optimistic about the survival of Africa’s lions and wildlife. Now more then ever, there is a real chance for improvements, but this can only be achieved with ongoing conservation-themed actions and dialogue. So how do we keep the momentum going?

As the soon-to-be-launched “Cecil the Lion” Beanie Baby demonstrates, everyone—children and adults—can be an active advocate for lion and wildlife conservation. Continue to educate yourself and others about the current state of Africa’s vulnerable wildlife—like how lions, elephants and rhinos can become extinct over the next few decades if things remain status quo. Everyone with social media accounts should feel encouraged to keep posting news about Cecil the lion, illegal hunting and other wildlife-related updates.

Support businesses that took an affirmative stance over Cecil’s death: if you have the opportunity please send them a letter or email thanking them for their actions. Use your skills and interests to support wildlife: if you are an artist, design wildlife-themed artwork; if you love traveling, select places that offer humane wildlife activities, such as bird watching; if you work in politics, create wildlife-friendly regulations, such as enacting a ban in your community that stops the buying or selling of illegal wildlife products; students can start wildlife clubs; runners and cyclists participate in races and events, like those organized by Climate Ride, where you can raise funds for conservation organizations; the opportunities are endless!

Additionally if you have any thoughts on how to keep this global momentum going, please feel free to share them with AWF by emailing us at africanwildlife@awf.org, calling toll-free at 1-888-494-5354 or posting on our social media sites. We are always glad to hear your ideas and suggestions.

In the interim, AWF will continue to manage and develop unique, humane conservation initiatives to support wildlife. We are proud of our initiatives that help protect lions, like our Maasai Steppe Predator-Proof Bomas, our work with Ewaso Lions and the annual Maasai Olympics, and we hope that the current global support continues so that Cecil’s death will not be in vain.