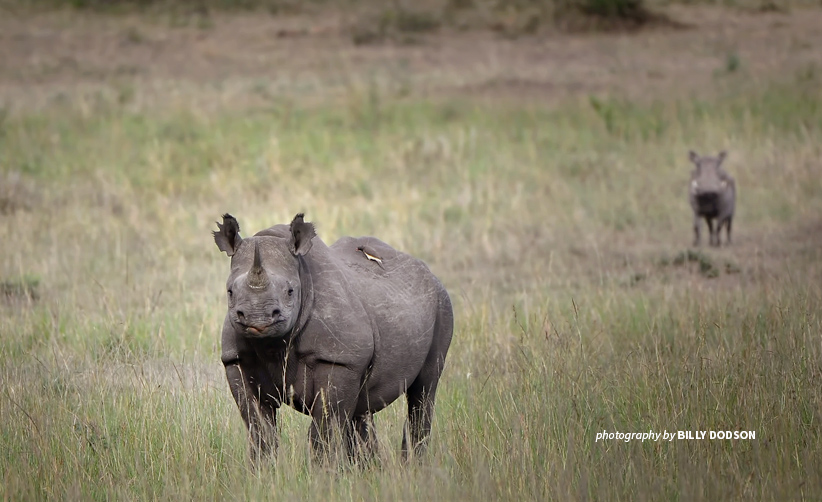 African Wildlife Foundation conserves elephant and rhino populations by supporting the work of rangers and community wildlife scouts — the “boots on the ground” who shield highly endangered animals from poachers’ guns.

We provide and facilitate training in surveillance, tracking, wilderness survival, and essential skills to combat illegal wildlife killing and trafficking. Likewise, we support the purchase of equipment such as patrol vehicles and radios so that rangers have a better chance against organized poachers equipped with high-tech gear — automatic weapons, night-vision goggles, even helicopters. We also help make infrastructure improvements such as new ranger stations and kennels for detection dogs trained to sniff out illegal wildlife products like elephant ivory and rhino horn.

Equally indispensable to the survival of the African rhino are sanctuaries. With anti-poaching rangers providing round-the-clock security and watering holes allowing for easy access to water, sanctuaries support the survival of at-risk species and have the potential to bolster wild populations. (Because they are territorial, rhinos must have enough space; individuals will become stressed and even aggressive when populations become too dense.)

Over the years, we have made significant contributions to two Kenya sanctuaries — Ngulia Rhino Sanctuary in the Tsavo West National Park and Ol Pejeta Conservancy, where we have supported improvements to roads, communications equipment, and staff housing. We also have provided funds for fencing to expand the sanctuary and better accommodate the growing population of rhinos. 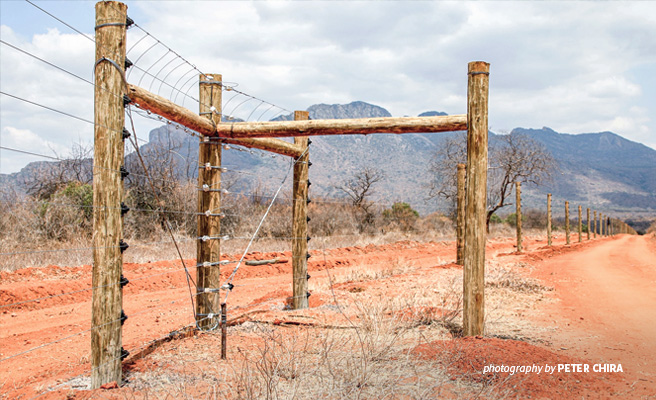 Recently at Ngulia, AWF supported the Kenya Wildlife Service in completing upgrades that better secured the sanctuary’s rhinos, keeping out poachers as well as the elephants that compete with rhinos for food. We also funded the conversion of a substandard, diesel-powered water pump to a more efficient solar-powered one.

AWF’s involvement with Ngulia dates to its inception in 1986, when the sanctuary opened at the height of the poaching crisis in Africa. With just three rhinos housed on a 3-kilometer sq. plot, the sanctuary was envisioned as one of several in Kenya that would provide safe breeding grounds for the rapidly declining black rhino population.

Over the last 30 years, the sanctuary has expanded to 90 kilometers sq. and currently hosts close to 100 rhinos. Due to the sanctuary’s small acreage, rhinos are routinely translocated to an Intensive Protection Zone to create more space as the population grows.

"We have not suffered a poaching incident in Ngulia since 2016, and every year, new calves are born,” says Kenneth Kimitei, AWF’s ecologist overseeing anti-poaching, wildlife monitoring, and community conservation projects in the transboundary Kenya/Tanzania Tsavo-Mkomazi ecosystem.

“It has been our joy to see this sanctuary provide the safety and the ecological requirements that rhinos need in order to breed, hence pulling the species back from the brink of extinction,” he adds.

The sanctuary now enjoys an uninterrupted fresh water supply used by both the animals and the dedicated Kenya Wildlife Service rangers who take care of them. In addition, AWF supported the construction of a modern office block to serve as a ranger station and to ease the day-to-day administrative functions at the facility, as well as a residential houses for the officers. Currently, AWF is upgrading the electric fence surrounding the sanctuary to make it even more poacher-proof.

“As the rhino population grows, we need to look at what the options are because we have to be careful not to allow the population to exceed the carrying capacity. We are therefore working with [Kenya Wildlife Service] to ensure the safety of the rhinos we move to the Intensive Protection Zone,” says Kimitei. 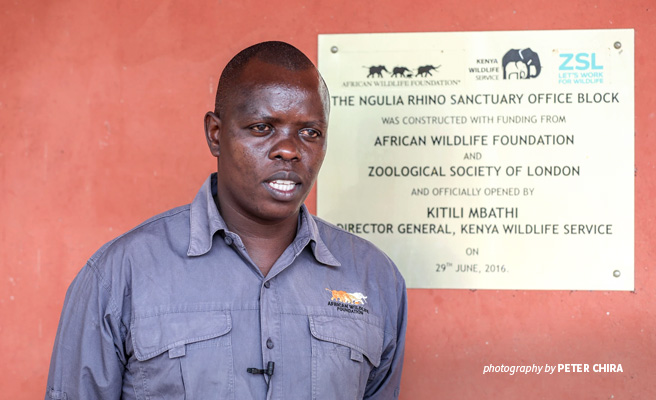 Given the intensity of rhino poaching and the threat of extinction, it is critical to promote awareness. AWF Council member and filmmaker Toby Wosskow is advancing rhino conservation through screenings worldwide of his award-winning short film Sides of a Horn. The 17-minute, thought-provoking film follows the divergent paths of a South African park ranger and his impoverished brother-in-law, who is tempted by the payouts of poaching. With each screening, AWF hopes greater conversation around the film will help change perspectives and ultimately benefit rhinos as well as communities affected by the illegal wildlife trade.

Our interventions against wildlife crime as varied as the human factors that threaten migratory species like elephants. In the Tsavo-Mkomazi landscape, for example, we recently facilitated cross- border anti-poaching patrols in a vital elephant migration corridor, whereas in Benin we trained officers in drone surveillance.

But much of the time, effective conservation means keeping the peace. As wildlife habitat is increasingly converted to agricultural use, humans and elephants are in closer, more frequent contact. When a herd tramples all-important food crops, farmers sometimes kill elephants in retaliation. To help mitigate human-elephant conflict, AWF provides a toolkit of strategies, including chili crops, beehive fencing, noisemakers, and lights — all deployed to repel or frighten off invading elephants. 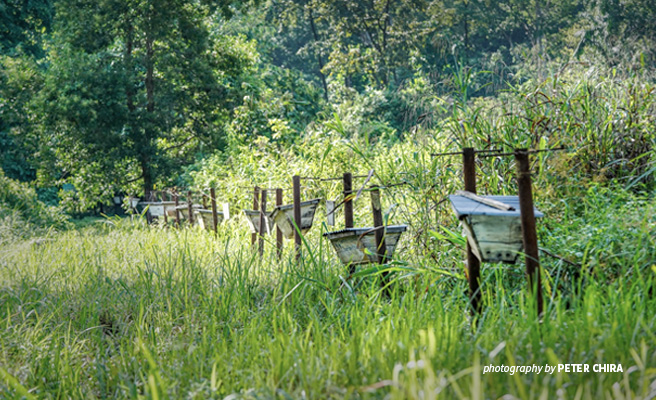 Beehive fences create a barrier between farmland and forest, keeping wandering elephants away from crops while providing an additional source of income for communities

Chili peppers offer a ready, versatile solution to crop-raiding pachyderms: When planted or burned in compacted blocks, the plants’ acrid vapors repel elephants. In 2018-2019, AWF helped farming communities around Murchison Falls National Park in Uganda to not only use chili crops to deter elephant incursions but to scale up sustainable chili-farming enterprises. We provided seeds of the “bird’s eye” chili — a pungent, hardy variety — as well as extension services to support first-time chili farmers and help them establish strong market linkages. More than 200 farmers participated in our training focused on increasing yields and adopting smart business practices. AWF operates a similar program in the Lower Zambezi landscape in Zimbabwe, and in 2019 we distributed more than 75,500 chili seedlings to 1,500 families.

In Southern Tanzania, agricultural expansion has driven elephants even into montane forests, where their crop-raiding can devastate smallholder farms. Enter a biological solution — beehive fences. Hives suspended on wires are placed at 10-meter intervals. If elephants cross, they snag the cable, which triggers the bees to swarm. The solution not only ended retaliatory killings of elephants, it gave rise to new livelihoods. Bee farmers deliver elephant-friendly honey to tourist camps, then pool their profits into village savings and loans, which provide dividends as well as capital for new businesses such as restaurants. Parents are better able to pay school fees, and over time residents can purchase more livestock or equipment to grow their incomes while supporting conservation.

> In honor of World Rhino Day on September 22, 2020, help close illegal wildlife trade and high-risk markets by sending a message to U.S. Congress in support of the bipartisan Global Wildlife Health and Pandemic Prevention Act