Lions and leopards return as Soysambu Conservancy roars back to life

Lions and leopards return as Soysambu Conservancy roars back to life 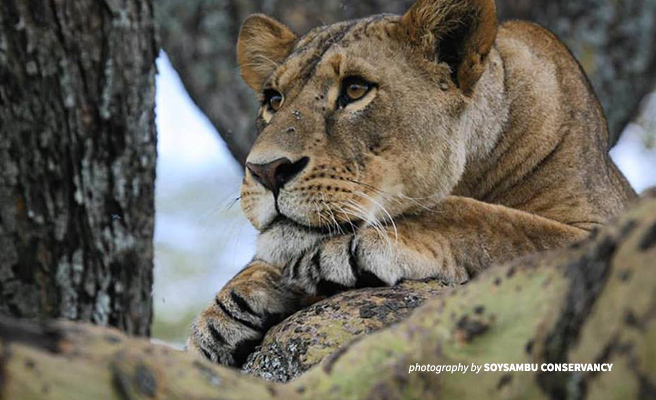 Jeff Dunnink was a Conservation Management Associate at African Wildlife Foundation from 2017-2019. He specializes in large carnivore ecology, socio-ecology, and landscape ecology, with an emphasis on evidence-based conservation and robust scientific analysis. Jeff's focus is on prioritizing cons ... More

Large predators are returning to Kenya’s Soysambu Conservancy after historical displacement by livestock ranching. This is thanks to the growing zebra and buffalo populations found in Soysambu, allowing it to act as a critical dispersal area for lions from neighboring Nakuru National Park. Thriving populations of impala, Thompson’s and Grant’s gazelle, reedbuck, steenbok, and klipspringer form the key prey base for the burgeoning leopard population.

The 48,000-acre Soysambu Conservancy was once a cattle ranch but now demonstrates the effectiveness of mixed land-use management for conservation. Soysambu sits in the heart of an important landscape with World Heritage status that could form a conservation area from Lake Nakuru to Lake Naivasha (and possibly even to Hell’s Gate National Park). Ensuring the continued conservation of Soysambu is vital to keep this larger landscape dream alive while also protecting a significant portion of Lake Elmenteita’s catchment area.

Predominantly surrounded by Soysambu, Lake Elmenteita is the last breeding site for great white pelicans in Kenya, one of only four such sites in East Africa. It also hosts, at various times, 28 percent of the world’s flamingo population, offering a vital refuge since the decline in water quality of Lake Nakuru. Together with Lakes Nakuru and Bogoria, Lake Elmenteita forms a World Heritage Site and is a Ramsar wetland of international importance. 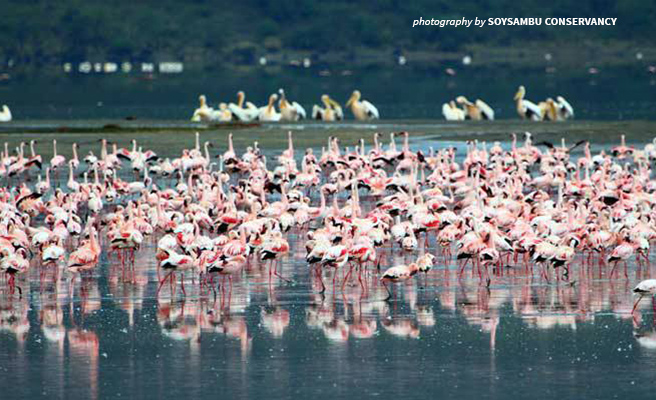 Pre-independence, Soysambu practiced intensive livestock ranching and agricultural experimentation, building the now large body of knowledge on the viability of farming in Kenya. In 2007, recognizing the need to conserve the iconic species found in Nakuru County, the ranch officially registered as a conservancy. Since then, Soysambu has re-introduced the endangered Nubian giraffe, which now totals 158 individuals — 5 percent of the known global population and 22 percent of Kenya’s population. As a key breeding ground for this endangered giraffe subspecies, Soysambu Conservancy could potentially act as a source for other conservation areas across Africa.

Although wildlife had always been present on the conservancy, the shift from exclusive livestock and agricultural practices has allowed a variety of species to thrive. There are currently growing populations of both zebra and buffalo, proving that all wildlife really needs to flourish is the space and freedom to do so. Soysambu is also host to large populations of eland, impala, Thompson’s and Grant’s gazelle, waterbuck, reedbuck, warthog, steenbok, klipspringer, and colobus monkey.

The return of top predators demonstrates the success of this conservation strategy. Lion and leopard were commonly seen on Soysambu but were always forced off the land to prevent livestock predation. Today the conservancy acts as a key dispersal area for lions from the adjacent Nakuru National Park, hosting a stable population of at least nine individuals. Leopards are also commonly seen in the woodlands and forests along the lakeshore while meso-carnivores such as the jackal (including the extremely rare golden jackal) are not uncommon. 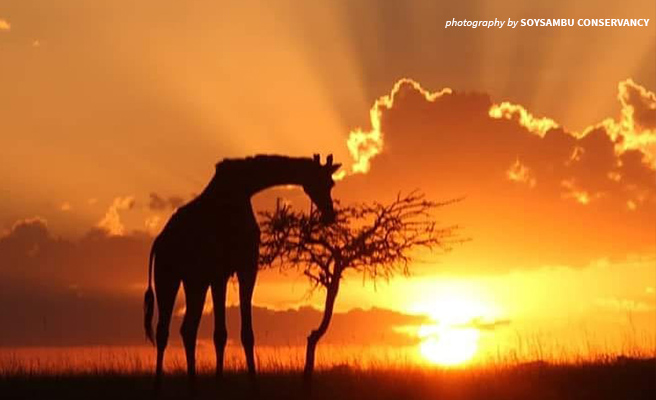 The greatest challenge for conservancies on both private and community land in Kenya is generating sufficient income to ensure sustainability. To achieve this, Soysambu adopts a mixed land-use management system with 6,700 cattle, 2,000 sheep, and 2,000 goats. The livestock generate a stable income that allows Soysambu to continue protecting wildlife without encroaching on their habitat. Adopting a holistic rotational grazing plan also prevents the land from becoming overgrazed and degraded, which ensures that Lake Elmenteita’s catchment stays in a healthy condition.

Unfortunately, livestock is not enough to secure adequate income for conservancy management. To meet funding deficits, African Wildlife Foundation and partner Conservation Capital are assisting Soysambu management to develop a sustainable tourism plan that builds on the existing lodges and activities to diversify the product and attract more visitors every year. Once implemented, this tourism plan will ensure the conservancy has sufficient income to improve their security, continue protecting the wildlife found there, and keep supporting neighboring communities through water provision, school development, and student feeding programs. Situated approximately 130 kilometers from Nairobi along the Nakuru highway, Soysambu is in the perfect location to ramp up its sustainable tourism activities and demonstrate that wildlife conservation can be financially sustainable in Kenya.