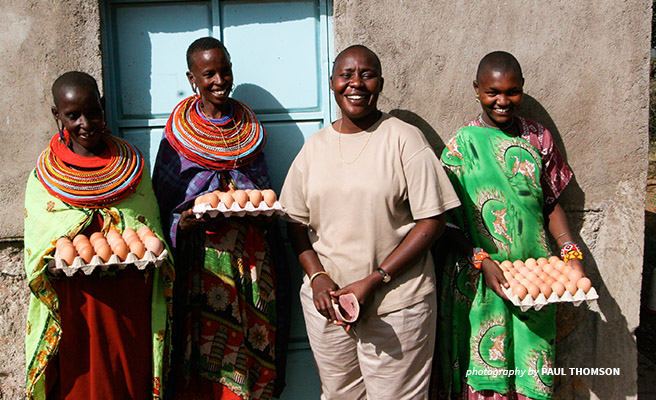 As Africa’s development agenda shifts, so do the threats facing African wildlife and wild lands. Commercial and small-scale agriculture underpins many economies, but this growing sector is also responsible for the conversion of wildlife dispersal zones and migratory corridors. Meanwhile, extractive industries and large-scale infrastructure developments are spreading across the continent. Addressing ecosystem degradation and habitat fragmentation is now the mandate of conservationists, national governments, and policymakers.There used to be one way to do conservation in Africa: save an iconic wildlife species and protect its habitat in the wild. For many years, men dominated this realm whether they were safeguarding elephants as national park rangers or steering wildlife management agencies as chief officers or scientists.  Today, women professionals are breaking glass ceilings in various fields and pursuing successful careers in diverse disciplines. The conservation sector is seeing a shift toward gender inclusivity as well, but the tide is turning slower.

According to the African Union’s Agenda 2063, women and youth are at the center of the continent’s future — as is biodiversity. My 20 years at African Wildlife Foundation mirror the organization’s long-standing commitment to empower young conservation practitioners and adapt to the dynamic development needs of the continent. When I joined as an intern, AWF was strategically widening its conservation focus from threatened species to large landscape protection. Starting in the rangelands of northern Kenya, we pioneered a conservancy model and land-use planning framework that allowed multiple owners of community land to acquire benefits for conserving wildlife dispersal zones between and adjacent to national parks.

Women were largely excluded from these negotiations, their participation barred by social, economic, cultural, and political constraints. Much to the chagrin of the male community landowners, a young woman from South Sudan was leading the process. More often than not, my male counterparts would be asked to intervene or replace me altogether.

Rethinking the role of women in conservation

Luckily for me, my appreciation for conserving Africa’s natural assets was steadfast. It had sparked as a member of my high school’s wildlife club and led me to an undergraduate degree, and later a Master’s in Wildlife Conservation and Management. In addition to the qualifications and specialized knowledge, I had the backing of AWF leadership who served as important mentors along the way. We did not comply with the community’s rejection of a woman conservation leader, and I went on to reinforce and strengthen the community conservancy model in southern Kenya’s Amboseli landscape as well and later headed AWF’s Kenya Program. The fact that some of the communities and particularly families we worked with still consult me to resolve community-related issues is one of my greatest accomplishments.

Working with people who have co-existed with wildlife for so many generations taught me first-hand the value of gender inclusivity in decision-making. They are natural custodians of the environment and astute managers of natural resources due to their traditional responsibilities to provide the household’s food and water, which put them at greater risk of encountering wildlife. However, these women and any insight they have to offer are often relegated to the sidelines by their communities and their local governments. Stories of the challenges facing women who live next to protected areas rarely make it to the mainstream — much like the stories of women in the conservation sector — yet we remain dedicated and committed to our cause, whether it is raising and supporting our families or attaining success as professionals, or building up our communities.

AWF has always been dedicated to growing the talent of the continent and recognizes the role of empowering women at all levels. Our earliest conservation enterprise projects were designed to improve the participation of women and empower them economically — providing women with access to reliable incomes and formal employment. More recently, the community wildlife scout units we support are recruiting more women. At scout training in both LUMO Conservancy in Tsavo Ecosystem in Kenya and Mbire District in Zimbabwe, the best performers have been women community wildlife scouts. Within the organization, we create an enabling environment for young female staff to prosper. In building a strong network of women in conservation, we can fill the leadership gaps in the sector.

In my current role as director of policy engagement, I bring the unique perspective of African women to the table as regional economic blocs and institutions including the African Union determine the future of conservation. Championing gender inclusivity at this level provides new opportunities for sustainable development to break the barriers women across the continent have faced for so many years. It is also reinvigorating biodiversity protection as we know it, setting up African people, wildlife, and wild lands for a bright future.

Want to learn more about gender inclusivity in conservation? Listen to this podcast featuring Fiesta and AWF's Senior Law Enforcement Manager Didi Wamukoya as they speak with the Africa Grantmaker's Affinity Group