Kathleen Fitzgerald has 25 years of experience in integrated large landscape conservation in Africa and North America. Kathleen was a senior staff member of African Wildlife Foundation for 11 years, serving as Vice President for East and Southern Africa and later Senior Conservation Advisor. She ... More 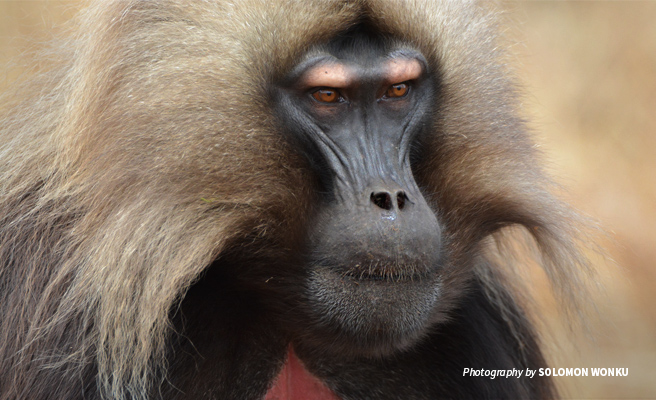 Wild lands across Africa are home to rare, threatened, and endangered species of immense value to conservation, contributing to the common heritage of humanity. Recognizing their extraordinary value and to preserve their ecological wealth for future generations, some of these gems of biodiversity are conferred with World Heritage Site status. However, a robust international trade in illegal wildlife parts is decimating keystone wildlife populations while rapid industrialization and climate change are negatively impacting the ecological integrity of these crucial landscapes.As a founding member of the Africa World Heritage Site Support Network, African Wildlife Foundation works with various stakeholders to coordinate conservation activities in biological hotspots like Simien Mountains National Park in Ethiopia. In 1996, when it was added to the U. N. Educational, Scientific and Cultural Organisation’s List of World Heritage in Danger, increasing human settlement around the park over the years, coupled with unsustainable cultivation practices and overgrazing, had degraded critical wildlife habitats — a worsening trend exacerbated by civil conflict in the area. Marked by significant population declines of Ethiopian wolf and Walia ibex — two of the park’s 10 endemic species — the future of this breathtaking protected area hung in the balance. 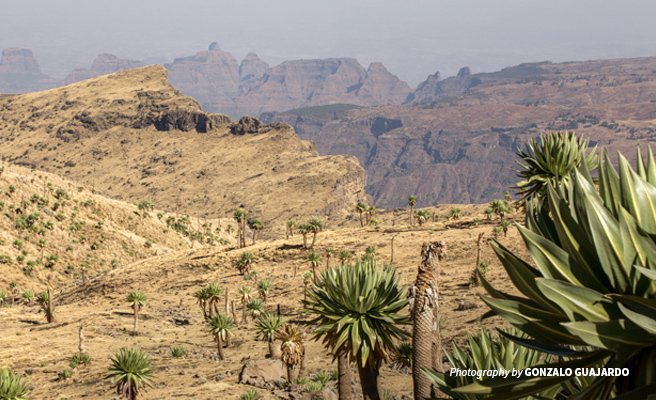 In 2017, Simien Mountains National Park made history with its removal from the list of imperiled sites, a significant and notable achievement by the Government of Ethiopia. The local authorities and communities agreed to re-demarcate the park in 2003, excluding some villages and cultivated areas close to the boundary and adding the Mesarerya and Limalimo Wildlife Reserves. Another extension four years later saw the inclusion of Ethiopia’s highest mountain, nearly doubling the size of the protected area.

Community-driven conservation strategies have been instrumental in preventing further ecological loss. AWF has worked closely with the Ethiopian Wildlife Conservation Authority to develop a grazing strategy aimed at significantly reducing the amount of livestock grazing conducted in the park. Drafted with the wildlife protection authority and local communities, the plan helped create zones for different grazing densities. Alternative livelihoods through tourism are also assisting communities to develop conservation-friendly economies in the landscape. AWF developed a tourism plan for the protected area to ensure sustainable tourism development, attractive visitor activities, and benefits that are shared with locals. 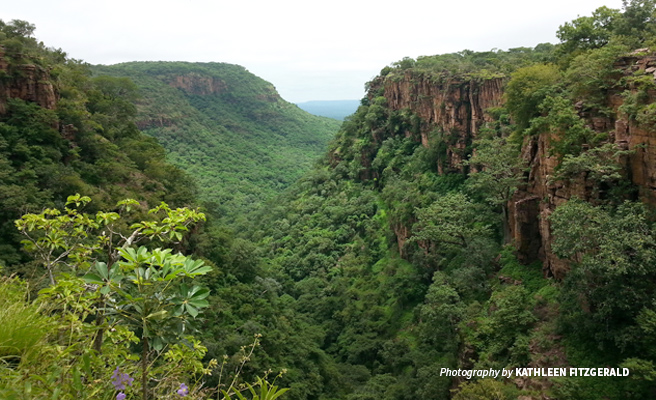 Ethiopia’s biodiversity haven is only beginning its journey to a full recovery from years of environmental degradation. Other African parks remain on UNESCO’s List of World Heritage in Danger like the Niokolo-Koba National Park in Senegal. It is home to 80 diverse mammal species — including big cats, the elephant, plus the critically endangered western chimpanzee — and 1,500 important plant species.

It covers 9130 sq. kilometers of dense gallery forest and herbaceous savanna floodplains, fed by four major waterways. Recent plans to develop a dam on the Gambia and Niokolo-Koba Rivers threaten to destabilize the uniquely diverse flora and fauna of this protected area. The prospect of gold mining also poses a significant risk to the health of the ecosystem.

However, poaching and illegal movement of livestock as human settlement expands in buffer zones are driving down populations of keystone species. Since the park was placed on UNESCO’s List of World Heritage in Danger in 2007, the conservation strategy has been centered on reducing poaching, improving the park’s ecological monitoring program, and developing a plan for the survival of endangered species while also creating conditions for better distribution of the species in target areas.

Home to the largest area of intact savannah woodland in West Africa, the Niokolo-Koba National Park supports a population of approximately 1,500 western chimpanzees. AWF’s African Apes Initiative prioritized the protected area as a key habitat of this critically endangered great ape subspecies and trained the park authority on the use of CyberTracker and SMART Conservation Software technology. With the development of a systematized process for ecological data collection and monitoring, conservationists can sharpen anti-poaching strategies with critical species information to minimize poaching and bush meat hunting in the landscape. 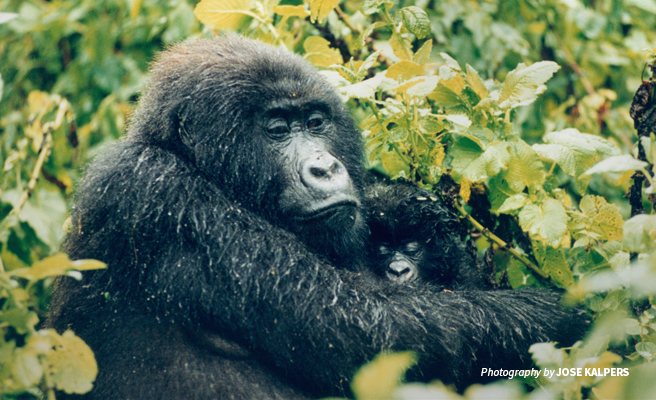 A similar approach in the Democratic Republic of Congo is helping protect a key habitat of the critically endangered mountain gorilla in Virunga National Park — another African Heritage Site in danger. The park is part of an important transboundary area with high biodiversity value in central Africa. It borders Volcanoes National Park in Rwanda and Mgahinga National Park in Uganda in the Virunga Monutains landscape, with key ecological land corridors connecting wildlife habitats within the ecosystem.

In Rwanda, the mountain gorilla — the only endangered great ape species increasing in number — is at the center of the country’s tourism industry. To secure this vital habitat, AWF made a historic land donation to the Government of Rwanda in January 2018 to expand the park. However, across the border in the DRC, Virunga National Park remains under threat since it was added to the UNESCO's List of World Heritage in Danger in 1994. Although civil unrest has subsided, recovering the ecological integrity of the protected area remains an uphill battle, with the recent discovery of oil reserves and the continued charcoal trade driving habitat degradation.