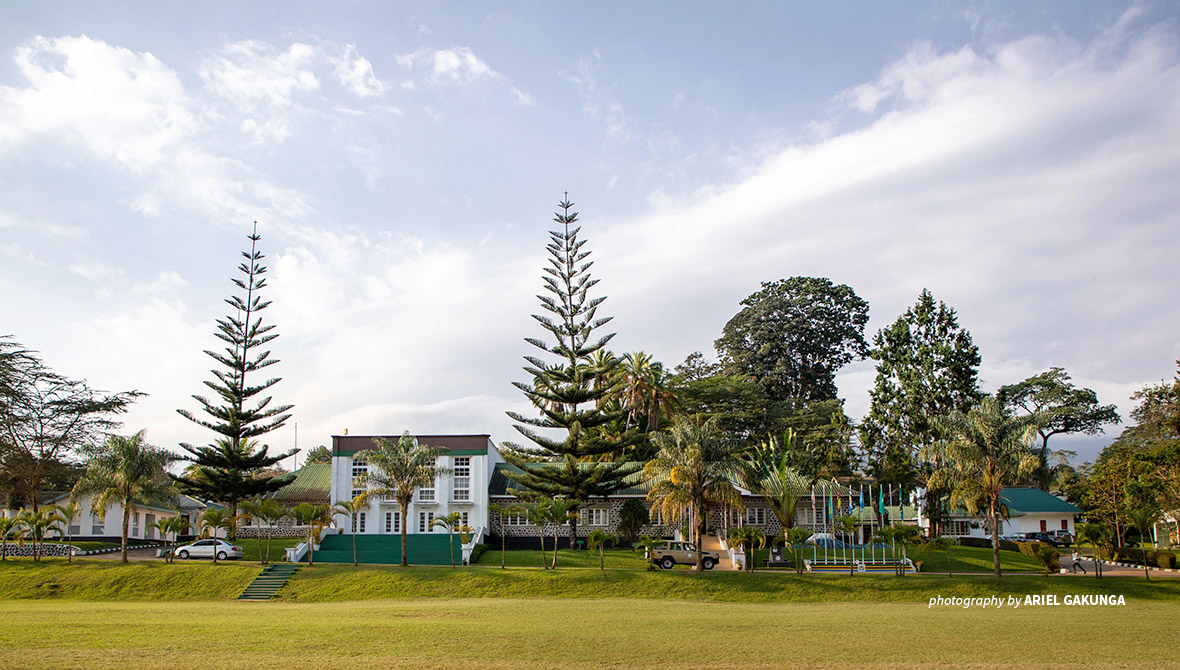 In 1962, African Wildlife Foundation embarked on its first major funding project — establishing Africa’s original training school for wildlife and parks personnel. With US$ 41,000 in seed funds from AWF, the College of African Wildlife Management in Mweka, Tanzania opened its doors to an inaugural class of 25 students from parks authorities in Cameroon, Kenya, Malawi, Tanzania, and Uganda.

AWF funding for curricula development, new dormitory construction, campus expansion, vehicles, and supplies ensured the institution’s success in the early years and allowed Mweka to broaden its operations. In 1965, the school — known informally as Mweka College — graduated its first students, a milestone not just for the institution but also for conservation in Africa.

Over the decades, students from all over would enroll in the unique college on Mount Kilimanjaro's southern slopes. To date, more than 9,000 students have graduated, and Mweka alumni are found in parks authorities, wildlife ministries, NGOs, and other conservation enterprises throughout the world. “Mweka really shaped me,” says William Mwakilema, deputy conservation commissioner at Tanzania National Parks. “Acquiring skills at Mweka made my work easier. Because as a warden, you have to be a jack of all trades; you have to do all the activities in the parks. And those skills you can never acquire anywhere else, apart from Mweka.”

“The impact of Mweka in wildlife conservation in Africa has been immense,” says Freddie Manongi, a commissioner with the Ngorongoro Conservation Area Authority and Mweka’s rector from 2011 to 2013. “Wherever you go in Africa, you find Mweka alumni heading the wildlife sectors. And they have made a big impact in these countries.”

Some Mweka graduates find their calling in politics. “Our current speaker of the (Tanzania) national assembly, Honorable Job Ndugai, was a graduate of this college,” says Mweka’s current rector, Jafari R. Kideghesho. “He is very, very tough in defending the interest of conservation. I tell my students that they shouldn't be shy about going into politics, because as conservationists we have critical interests.”

Throughout the years, AWF and Mweka College collaborated on a variety of programs that were influential beyond the classroom. In the 1990s, for example, Mweka offered a popular workshop on “wildlife and man” that helped develop and promulgate the concept of community conservation and wildlife management areas (WMAs). (The latter are communal lands that villages set aside as protected habitat; combined with tourism, WMAs help create an economic incentive to safeguard wildlife. Today, there are 38 wildlife management areas in Tanzania.) AWF also commissioned Mweka to prepare land- management plans in support of our conservation work in the Kilimanjaro and Maasai Steppe AWF Heartlands.

“I thank AWF for the great work for the college,” says David Manyanza, who was Mweka principal from 1990 to 1999 and currently runs a management consultancy firm in Arusha. “AWF took the college far — took African conservation far.”

Training those on the front lines

Various field training programs complemented AWF's investment in Mweka College. In 1964, AWF approved a grant for an in-service program in Serengeti National Park. The program gave participants a six-month training as park guides, with the most successful students going on to study at Mweka College.

Fast forward to today, and we see there has been a continuous thread of AWF support and training for Africa’s rangers and scouts. We seek to ensure these dedicated frontline heroes have the best possible knowledge and skills in areas such as anti-poaching surveillance and response. We also provide training for rangers in law enforcement topics: managing a crime scene, storing evidence, serving as effective witnesses in court, and more. Finally, our geospatial team conducts regular trainings in state-of-the-art tracking technology (CyberTracker/SMART) that helps rangers efficiently capture, collate, and analyze data such as locations and numbers of poaching snares or wildlife nests. Equipping personnel with these tools is at the center of AWF’s strategy to improve protected area management and sharpen conservation planning.

From the start, AWF fostered student success through scholarships and grants for study at Mweka and beyond. In 1976, aware that young African conservationists found it difficult to raise funds for field studies once they completed their course work, AWF established the Advanced Ecological Training Program, which awarded grants for postgraduate research projects. The program supported scores of students and was a precursor to future AWF fellowship and management training programs that would help create a corps of dedicated African conservation researchers, practitioners, and managers.

As a pioneering institution, Mweka College served as a model for the creation of wildlife colleges in other countries. In 1970, a French-speaking school opened at Garoua, Cameroon — the Ecole pour la Formation de Specialistes de la Faune Sauvage. The school was conceived in a resolution drafted by AWF’s then-president Russell Train and presented to an assembly of the International Union for the Conservation of Nature in September 1963, uniting support from the world’s conservation movement for a francophone college for wildlife conservation in west and central Africa. Garoua continues to play a central role in fostering generations of conservationists on the continent and is a strategic partner for our work in places like Dja Faunal Reserve, Campo Ma’an and Faro national parks in Cameroon, and Bili-Uele and Lomako landscapes in the Democratic Republic of the Congo.