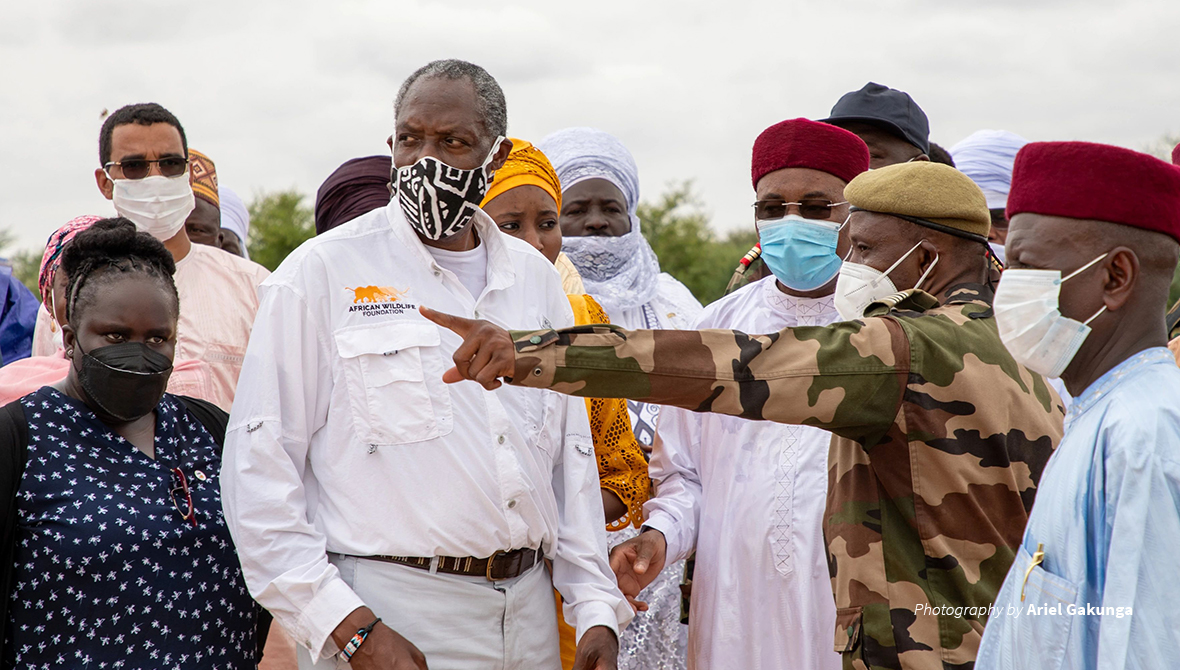 Since the start, when four men met in a judge’s chambers to discuss the need for African conservation ownership and leadership, AWF’s agenda has been fueled and advanced by conversations, debates, planning sessions, education, and awareness-building around conservation visions and realities.

Our formal policy involvement dates back at least to the 1960s, when the African Wildlife Foundation submitted a resolution to the IUCN for creation of a French-speaking school modeled on College of African Wildlife Management in Mweka, Tanzania. But one of our most noteworthy engagements came decades later, when AWF officials helped lead the conservation world to make a historic policy change benefiting elephants. As a result of the case made by AWF and other organizations, international policymakers placed African elephants on the endangered list, leading to a ban on international trade in ivory and other elephant products. These decisions came on the heels of a high-profile “Only Elephants Should Wear Ivory” awareness campaign led by AWF. The one-two punch proved effective, and the demand for ivory in the western world dropped.

Today, AWF’s policy efforts fall under the rubric of Global Leadership. This team harnesses AWF’s expertise, longevity, and unique position as Africa’s trusted conservation organization. To help Africa’s leaders deliver a cohesive vision that elevates wildlife and wild lands as central to development in Africa, we cultivate relationships with global leaders, support Africa's leaders to deliver a cohesive and unified vision that elevates wildlife as central to development in Africa, and champion the engagement of African voices in global decision-making

Our Global Leadership team’s engagements are designed to help engender productive partnerships as well as investment, economic activity, sustainable development, and innovative solutions — all informed and led by Africans.

Much of the team’s recent activity has been focused on supporting African organizations’ conservation agendas at a landmark international conference — the Conference of Parties to the Convention on Biological Diversity (CBD). AWF is helping to unify, elevate, and support African countries' conservation agendas to have a greater chance of success during CBD negotiations. A united front for conservation and unified goals help determine the level and nature of conservation funding available from governments such as the EU and U.S. as well as international funders such as the Global Environment Facility.

In a profound indicator of AWF’s increasingly elevated profile on the continent and the trust we have earned over 60 years, the International Union for the Conservation of Nature has asked AWF to co-host the first-ever African Protected-Area Congress. In this and other assemblies such as the World Conservation Congress and UN Climate Change Conference in Glasgow, AWF seeks to help advance dialogue, ensure inclusiveness, and promote consensus on policies that will serve Africans and safeguard healthy, intact ecosystems for the benefit of all.