You finish your last meeting in a nearby town at 4 p.m. You are tired and ready to head home. You have made this trip many times before and know it takes exactly three hours. After all, yours is usually the only car on the road, so traffic jams are not a consideration.

You get in beside your driver, crank up the music, and set off. Your visitors that evening are also en route, but they are much closer to your house than you. They will arrive before you but that does not worry you — being old friends and colleagues, there will be lots of time to catch up.

But 10 hours later, you are still on the road and so are your visitors. In fact, both vehicles are stuck in the same slow-moving convoy of four-wheel drives slogging through the mud, their progress severely hindered by the thick trees that fell in the past few hours of heavy rain and blocked the road.

The only way through is to chop the fallen trees with an ax and drag them off the road log by log. It is slow, arduous work, each tree taking at least an hour to clear. Your efforts are made even more tedious by the blunted ax and machete, the unabated rain beating down your back as you hack the tree trunks while thick, slippery mud sucks at your shoes, making you trip and slide with every step. The inky darkness is only broken by car headlights and the frail light from phone torches.

You promise yourself to add a power saw in the project budget as soon as you can. 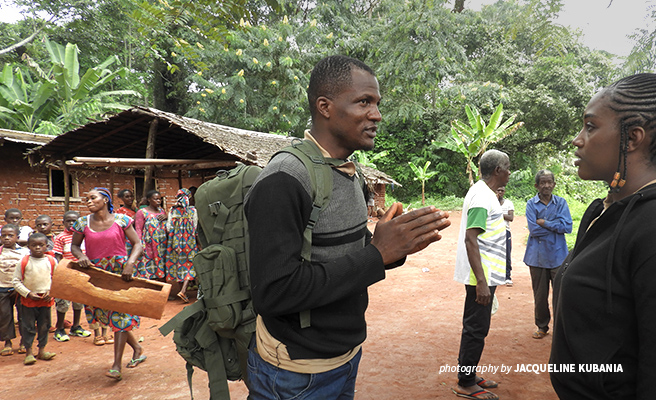 A conservationist's life in the field

This is the reality of life for African Wildlife Foundation’s Technical Advisor Hensel Fopa, based in the Dja Faunal Reserve. His days — many of which are spent working closely with communities located hours away from his post — are unpredictable and are usually dictated by the weather. But the 30-year-old is now used to the long hours and is not easily frustrated by the sometimes seemingly impossible conditions in the remote forests of southern Cameroon.

Without proper roads, for instance, you quickly learn how to get comfortable on a motorbike hurtling through forest paths at 60 kilometers per hour. You forgo creature comforts for a simpler life where the internet is intermittent, and the phone signal is weak and patchy. In addition, there is the isolation that comes with not seeing your family for long stretches of time.

“I got married three years ago, and my wife and I have adopted a little girl. My family lives in Douala, where my wife works as an anesthetist nurse in a local hospital. I rarely see them, maybe once in three or four months,” says Fopa. 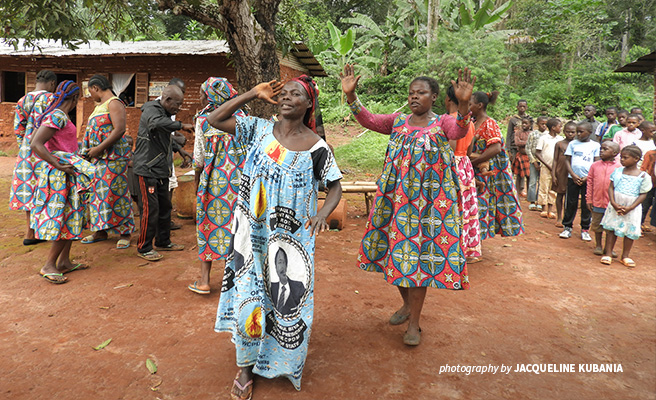 Reaping the rewards as a custodian of nature

Fopa enjoys his work and has been in the conservation space for about six years now, starting his career as a geographic information system officer at Wildlife Conservation Society before making the move to AWF as a technical advisor in the Dja Faunal Reserve in 2018. With a degree in Geography, he sought more practical and thematic environmental learning and pursued another degree and postgraduate study specializing in remote sensing and cartography applications for natural resource management.

It was his first job at a logging company in eastern Cameroon, where he worked as a cartographer in the development department, which ignited his interest in conservation. “My motivation is borne of the enormous damage that we did to nature at that time. We were ready to devastate acres of forest just for a log," he remembers. Left with a feeling of guilt and rage, Fopa changed tack: "I decided to become more accountable toward nature.”

Under his leadership, the Dja landscape has quickly become one of AWF’s biggest success stories and a model for community engagement in conservation in just one year. "Wow, time goes very fast!” says Fopa, looking back at the eventful year. He is proud that his team — with support from the European Union — has encouraged conservation activities and implemented a new anti-poaching approach through strategic planning involving vigilance committees and road patrols. Through partnerships with local NGO Tropical Forest and Rural Development, AWF has also supported communities by improving value chains based on cocoa and non-timber forest products and providing access to markets. “Not only has this improved people’s relationships with their natural resources, but it has also boosted their incomes,” says Fopa.

After seeing the ways in which caring for biodiversity improves their lives, community members are more receptive to the conservation-centered interventions. Fopa and his team are leveraging the momentum to tackle the range of threats facing biodiversity in Dja. “2020 is a year of great achievements in terms of developing more anti-poaching infrastructure, and reversing the trend in the hunting, sale, and consumption of game meat,” he says. Despite working in a rather hostile environment, Fopa is armed with the optimism to secure an essential ecosystem in Central Africa. Of the organization's work in the Dja landscape, Fopa says: “The best is yet to come.”