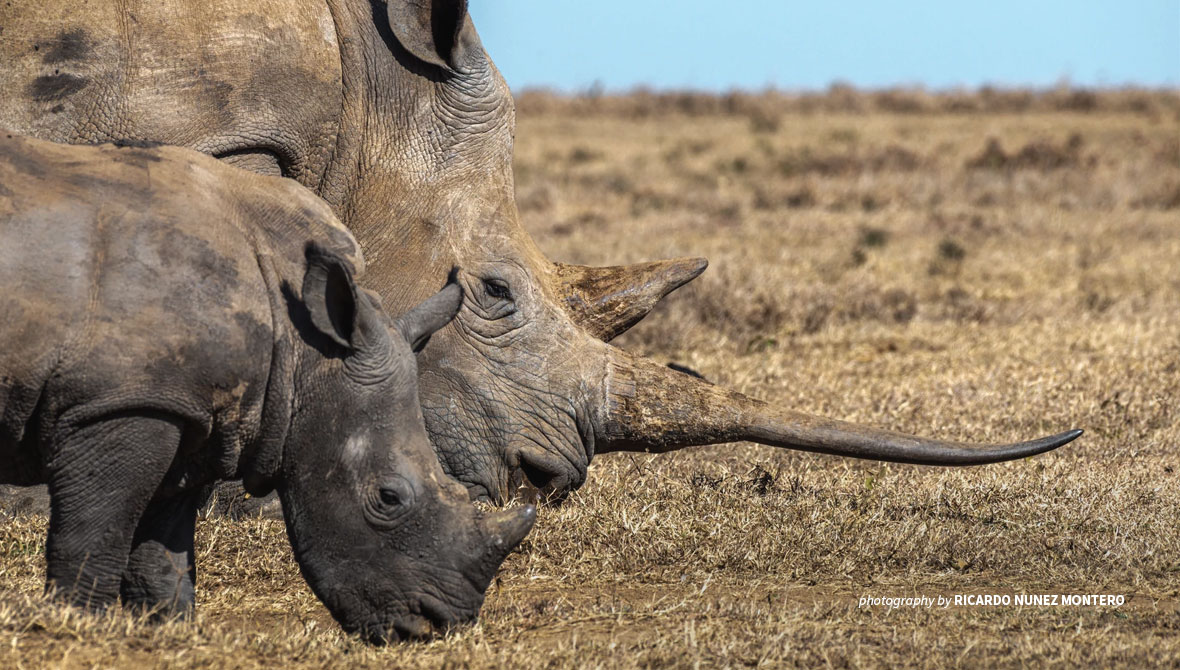 Rhino horn is famed for its healing properties, but there is no scientific backing for its magical health benefits. Its use in Southeast Asia stems from age-old beliefs that persist today — ground rhino horn is commonly consumed to treat hangovers, fevers, and other ailments, including cancer. A recent survey of consumers in Vietnam’s capital showed that rhino horns are seen as a status symbol and are frequently exchanged as gifts among wealthy users. The study also noted a preference for horns from rhinos in the wild over farmed rhino horn.

Entrenched beliefs and a growing upwardly mobile consumer base have sustained the rhino poaching crisis in Africa and Asia — despite a total ban on international trade in rhino products since 1977. Even though Vietnam made the commercial use of rhino products illegal in 2006, it is still the largest rhino horn consumer. Being a high-value product, rhino horn is an exceptionally lucrative item — black market prices per kilogram rival the value of gold. Vietnam recently upgraded legal penalties for wildlife crimes, and public awareness campaigns have helped shed light on the various impacts of rhino horn use.

In 2013, African Wildlife Foundation partnered with WildAid and Education for Nature – Vietnam to produce a public service announcement to discourage rhino horn use. Three years later, researchers assessed whether the educational campaign had shifted consumer attitudes in Hanoi and Ho Chi Minh. The survey results showed an increased awareness about the source of rhino horn and a greater intent to not purchase the product after viewing “The Sickening Truth” public service announcement.

AWF council members Glen and Bobbie Ceiley released a new public service announcement in conjunction with Vietnam Airlines and the Human Society International in January 2021. The one-minute film “When I Grow Up” depicts young Vietnamese children sharing their dream jobs to an audience of their parents, grandparents, and teachers at a school event. After his classmates present their future careers as a tour guide, footballer, and a doctor, a boy dressed as a wildlife ranger shyly takes the stage and starts, “I am very proud of my country’s achievements, but Viet Nam is one of the biggest rhino horn users, which I don’t want.”

Bobbie Ceiley shares the inspiration behind the public service announcement, which will run from January 2021 for six months on all domestic and international Vietnam Airlines flights. It will also be shown in the airline’s executive lounges at international airports across Vietnam. She also explains why behavior change is needed urgently.

What drives your interest in rhino wildlife conservation, and why do you continue to support this cause?

Like most wildlife on this planet, rhinos need protection and a voice to speak for them. This continues today more than ever, and we are committed to serving that role. The COVID-19 pandemic has been a stark reminder to humanity that we need to change our relationship with the natural world. Every living creature contributes to the balanced ecosystems on which our survival depends. Upsetting these natural systems can directly affect the supply of food and water at a local level, with wider impacts on community livelihoods and even national economies. In the same sense, trading in illegal wildlife products such as rhino horn has decimated the species. It continues to drive a criminal network of poachers on the ground and traffickers who deliver these items to the black market.

How does a shift in mindset impact rhinos and other African wildlife species targeted by the illegal wildlife trade?

If humans change their attitudes about consuming wildlife products, those surviving populations of at-risk species have a fighting chance of recovery. In rhino range states in Africa, there is evidence that concerted action against poaching and trafficking can save the species from further decline. For instance, Kenya reported zero rhinos lost to poachers in 2020 — a testament to comprehensive efforts between wildlife management agencies and conservation organizations like African Wildlife Foundation, which has supported sanctuaries for rhinos and also deploys detection sniffer dogs to stop the trafficking of rhino horn, among other illegal wildlife products.

At the same time that these on-the-ground activities are going on, it is critical to address the demand for illegal wildlife products in Vietnam, one of the world's largest rhino horn users. If you take away the market for rhino horn, you stop the need to kill rhinos, and in doing so, you stem a criminal industry.

How did the concept of “When I Grow Up” come to be?

It all started with the acknowledgment that something had to be done to stop the demand for rhino horn in Vietnam. Glen and I traveled to the country to consult with wildlife conservation experts on how best to address this issue. With the guidance of Humane Society International, the Glen and Bobbie Ceiley Foundation decided to fund the production of a public service announcement in partnership with Vietnam Airlines.

The final product was a collaboration between many parties. Award-winning writer and director Toby Wosskow — a fellow member of AWF’s council — joined the project as creative director. Kathy Uyen, an acclaimed Vietnamese-American actress, director, and producer, came on board to direct.

“When I Grow Up” targets affluent Vietnamese travelers who might support the market for illegal rhino horn, but we wanted to convey a positive, hopeful plea for change. It was important for children to be the central characters so we could drive home the message that Vietnam’s future generations are the agents of this change. They can encourage their parents and grandparents to adopt a different way of thinking and ultimately stop practices harmful to African wildlife.

Although it is too early to tell whether viewers of the public service announcement will take the message to heart, we believe that film is a very effective tool in educating and promoting behavior change. As AWF council members, we organized screenings for “Sides of a Horn,” a short film directed by Toby Wosskow that shows the dangerous world of rhino poaching in South Africa. Not only does the medium of film bring awareness to the issues surrounding illegal wildlife trade, but it also conveys the complex reality and reminds us that we all have a role to play.